Up to this point, it had only been a hypothesis: That celebrity firepower can definitively drive consumer health behavior in a certain direction. The case here concerns whether women wish to embark on a genetic hunting expedition to see if they are at high risk of developing a particular disease such as breast cancer, and the motivator in this case is Angelina Jolie.

The actress underwent genetic testing for mutations related to genetic abnormalities (BRCA1 or BRCA2 genes) which increases a woman’s risk of developing breast cancer. Coming from a family with a history of breast cancer, Jolie was considered to be in the higher risk category than average and she was likely among the small numbers of women who would benefit from such testing.

Later, after hearing she carried the mutations, Jolie went ahead with a double mastectomy — a full surgical removal of both breasts.  Not only did this generate a lot of media attention — including her own opinion piece in the New York Times — but it also drove a lot of women to get tested.

Researchers at Toronto’s Sunnybrook Hospital presented a study at the American Society of Clinical Oncology Breast Cancer Symposium looking at the Angelina Jolie effect.  The researchers compared the number of referrals for genetic counseling made six months before and after Jolie’s story came out, and those who were qualified for genetic testing for the BRCA gene mutation. Their results showed that the referrals almost doubled, and the number of those who qualified for genetic testing more than doubled.

This is a good news story for a few reasons.  It confirmed that low-risk women were not bugging their doctors unnecessarily.

What we expected from the publicity around Angelina Jolie’s story was that many women, fearful of their breast cancer risk (yet at low risk themselves), would be flooding their doctors’ offices asking for the genetic test.   In fact, predicting this, the U.S. Preventive Services Task Force (USPSTF),an independent group of scientists making recommendations on medical screening, issued a warning last year saying that BRCA testing to find gene mutations associated with breast cancer should not be sought by women at low risk and unlikely to benefit.

Telling women not to seek routine genetic counseling or testing is undoubtedly controversial.

Certainly women are driven to ask about genetic testing given a strong fear of breast cancer and a strong belief that early testing saves lives, but USPSTF feared many of the new customers lining up for the test would be classified as the “worried well” who would be unlikely to carry the rare genetic mutation and hence would receive no benefit from being screened.  Obviously for those low-risk women, the prophylactic removal of one’s breasts is an extreme measure that carries risks in itself.

There have been other times when public health authorities have taken note of health advice coming from celebrities.  The term, “Katie Couric effect” was coined, referring to the public impact of her having a colonoscopy performed live on the Today Show.   Bringing high-powered attention to any kind of cancer screening is certainly one way to get people off the couch and heading to their doctors to do something they would not otherwise do.

At the end of the day, people seeking screening of any kind, whether it is for breast, lung or prostate cancers or signs of heart disease, should have a frank discussion with their doctors of what their risk is likely to be given their unique family and disease history.  If it is considered high, then your chances of benefiting from screening are also higher  than if you are at low or moderate risk to start with.

In the case of those who are likely to carry the genetic anomalies leading to increased breast cancer risk, somewhere between two and three in one thousand women will carry the same genetic anomalies as Angelina Jolie — and if a high number of those carrying the gene seek screening, that’s a good thing.

The teaching mantra from Angelina Jolie’s story should not be “the early bird gets the worm,” but rather, get informed and look before you leap.

Alan Cassels is a health policy researcher, University of Victoria, British Columbia Canada and the author of Seeking Sickness: Medical Screening and the Misguided Hunt for Disease.  He is an expert advisor, Evidence Network.

A palliative care dilemma on the first day of the job 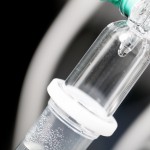