This is the story.  Ebola emerged in 1976 and the last major outbreak occurred in 2007 in Uganda and D.R. Congo. Now we are experiencing the largest outbreak of Ebola ever seen with a death toll of 1,848 and number of infected of 3,707, but these are only the “confirmed” cases.

Ebola is affecting 4 countries in West Africa: Guinea, Liberia, Nigeria and Serra Lione, and while we have only seen 2 confirmed U.S. cases, globalization implies that we shouldn’t continue to “turn the other cheek” in regards to aiding the containment effort.  Per CDC director Ben Frieden aside from the concern of a growing epidemic, Ebola may become endemic to African nations and result in more frequent outbreaks in the future.

So why is it that there is a certain inertia about Ebola, as opposed to the viral response we’ve seen to aid ALS? Why is it that physicians are not up in arms about helping? I find 3 main reasons:

1. We do not realize the magnitude of this outbreak, and it is not affecting our patients in the U.S.   When you do the math, the Ebola outbreak has a mortality rate over 50%.

2. Many medical societies are not giving the Ebola crisis enough press.  We look to organized medicine for many things, including determining importance of issues and Ebola has not been widely commented on.  Although the Centers for Disease Control should be the mecca for information, reticence on the part of medical societies curtails resources for containing Ebola.

3. We don’t know what exact resources are needed in Africa and how we can help.  The difficulty providers face when treating Ebola patients struck me.  Doctors wear protective gear that can cause internal temperatures in the suits up to 105 degrees Fahrenheit.  In a race against time, providers race to take care of patients as long as they can before the loss of liters of fluid affects their personal health.  Overall, there is a lack of basic resources such as gloves, IVs and fluids, and a lack of medical providers.

I made a pledge with 2 of my friends yesterday and collectively we have donated $1,000 towards resources for the Ebola crisis.  While I am not going to send you a challenge to dump water over your head I am challenging everyone to get educated on Ebola, to discuss how we can help, and to donate whatever resources we can for this effort. 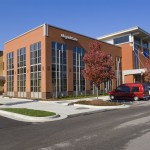