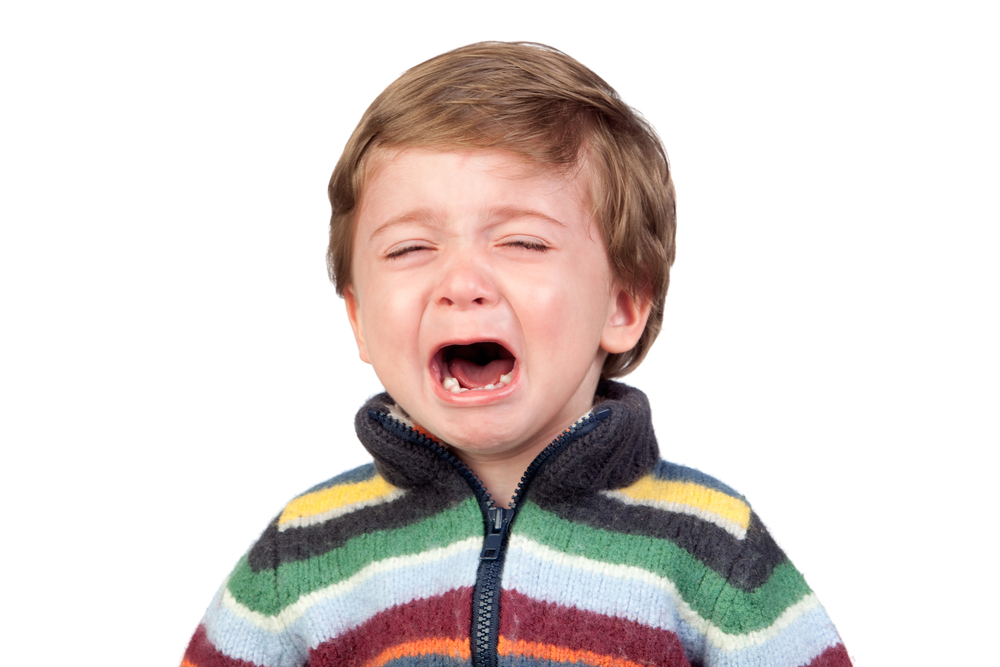 In my mind it’s no wonder the American Academy of Pediatrics has a statement against spanking. Spanking, in the simplest form, is the act of hitting a child, using physical force to try to get a different outcome. Thing is, spanking is an ineffective discipline tool in the long run and research shows it’s damaging to a child’s mental health. Most parents don’t want to spank their children and may spank or strike a child while frustrated, making spanking more than just a tool for discipline, rather at times just another way to vent anger or frustration.

I’d say we spend countless hours teaching and modeling behaviors for our children in early childhood to ensure they do the opposite of spanking: We teach them to “use their words,” take “timeouts,” and to take deep breaths when frustrated or when throwing an enormous, inconvenient tantrum. We teach them to look for an adult for support if they need “back up” during conflict resolution. When an adult turns around and uses physical force and strikes a child, they teach just the opposite. Spanking is hitting and hitting is always avoidable when enmeshed in a conflict.

If that doesn’t seem quite right to you consider it this way: Under the U.S. law, when angry or upset about the way things are going in your life the only person you can legally hit in our culture is a child. I’d suggest they are the most vulnerable and voiceless in this regard, the only members of our society with no capacity to change the law (vote). Just this winter lawmakers have argued to allow spanking at home and school that could leave a child bruised in the name of “parental rights.” In the U.S., you can’t punch or beat up your neighbor, your child’s teacher, your co-worker (assault), thankfully you can’t strike your partner/wife/husband (domestic abuse), and you can’t punch your other relatives (assault). But in many states in our nation, it’s legal to hit your child when they do something you didn’t want them to do. Of note, it’s still lawful to spank a child at school in up to 19 states.

As of 2014, up to 38 countries around the world have banned spanking, outlawing corporal punishment in terms of human rights in a different way from The United States. During an NPR interview, Professor Elizabeth Gershoff highlighted this in historical context to American opinion on spanking stating,

Still a vast majority of people being in favor of spanking. What’s interesting is that in other countries we’ve seen a very different situation. There’s been a much sharper tipping point, in large part because of the UN convention on the Rights of the Child, which was ratified in 1989 by the UN. And all countries in the world have ratified that except for the U.S. and Somalia. And the convention protects children against any kind of violence, including corporal punishment. And because of that, 38 countries now have agreed that corporal punishment of children, including spanking, violates children’s human rights. And they have banned spanking altogether, both in homes and in schools.”

Consider reading this strong opinion piece published earlier on CNN.com where author Mel Robbins states, “It should be against the law for a fully grown adult to slap, hit, spank, punch, switch, whoop, whip, paddle, kick or belt a defenseless child in the name of discipline. But it is legal, and new research in the Journal of Family Psychology suggests that the average 4-year-old is hit 936 times a year.”

Conflicts often happen when children are tired, hungry, bored or surprised by a change in routine. Make sure your child gets plenty of rest, eats healthy meals and snacks, has something to do while on errands and knows what to expect. — Tips from Seattle Children’s on Discipline

Studies consistently find the majority of people (well over 50%) say they spank, or at one point, have spanked their children. In 2010 I blogged about a number that seemed incredulous — that 65% of parents to 3-year-olds reported they had spanked their child in the last month. So although most people may feel uncomfortable hitting a child, many parents end up spanking their child for one reason or another.

I like how this distillation from Healthy Children of why spanking makes little sense:

1. Timeouts for both a frustrated parent and/or child. Of note, timeouts are hard to pull off with a child under age 2 years. After age two, as a general rule, about 1 minute per year of age for your child is a good duration for timeouts. Shorter timeouts may be effective, but a 5 minute time out for a 3 year-old will likely fail as they just won’t sit still that long.

2. Logical consequences from letting things play out. If you tell your child they won’t get to read any of their favorite books for a week that they’re throwing around the room, as they lose access to those books it may help curb the unwanted book-throwing in your home going forward.

3. Taking away devices of privilege. If a reward for your children is watching a show or playing with a tablet or smartphone, consider having children earn that time by good citizenship at home. If they have undesired behavior they loose access to that 30 minutes of 60 minutes with their favorite screen.

4. Natural consequences. If your child refuses to keep clothes on during a meal, let them know that they may get cold during the meal but are required to sit with family until everyone is done. Therefore once cold, they’ll learn a bit. Celebrity Katie Holmes did this well when she took her daughter outside without a coat because her daughter refused to put one on.

5. Set children up for success. Clearly we all know what drains our kid the most (a lack of food, an over-scheduled day, anxiety about meeting new people, etc.) so work hard to have a strategy in place for the inevitable tantrum or terrible wild-child behavior that will come when you stretch your child during a day of travel or running errands. Also modeling your own self-regulation over time will always help your child soak in better ways to deal with conflict of any kind.

The uninsured rate has fallen, but it may soon rise

Why health apps fall short and how to fix them

Don’t spank your children. Do these 5 things instead.
22 comments