The ALS ice bucket challenge, better known as #ALSIceBucketChallenge or #icebucketchallenge, was almost the perfect storm for viral fundraising. In my course, Designing Health Campaigns Using Social Media at Tufts University, we analyzed why the challenge went viral.

Not surprisingly, given its popularity, my students had all heard about it and watched challenge videos. About half had done it. Some researched amyotrophic lateral sclerosis (ALS), also known as Lou Gehrig’s disease, and including what they learned in their videos. While my students’ videos were undoubtedly shared, they did not have millions of views. The three most popular videos that I found in a search each had over 19 million views. Most popular was the Simpsons, an animation. Second was a compendium of fails, which included people who were supposed to pour water on someone and accidentally poured it on themselves. Third was Bill Gates, pulling the rope of a device he designed to dump water on himself.

The challenge videos were not only popular and entertaining, but resulted in a significant increase in donations. The ALS Association has received over $100 million from more than 3 million donors. They raised only $2.8 million in the same period last year hence had a 3,504% increase. Notably, the challenge was not started by them but by a person with ALS, 29-year old Peter Frates. A Boston-area resident, he posted his ice bucket challenge video on July 31 and the challenge spread mostly through the month of August 2014.

Time reported, “The Ice Bucket Challenge has been a social media phenomenon, grabbing the attention of millions of Americans including many celebrities and political figures. Some have speculated that it might forever change the way charities approach fundraising.” Bearing out that it was a social media success was not only video views but tweets. There have been more than 4.2 million tweets about the challenge, peaking at 1,877 tweets per minute.

The main criticism of the challenge was that it is an example of “slacktivism” in which people are more interested in bringing attention to themselves than to a cause while ostensibly participating. Other criticisms were that so many participants didn’t mention ALS, the waste of water, especially where there are droughts, and the lack of information about how the windfall will be used. What I thought was missing was more information about the disease itself, even how to help people with ALS and their caregivers.

The main benefits are the increase in donations and the greater awareness of ALS. Possible side effects are that many people shot and uploaded a video for the first time, making it more likely they will do so again, and that some participant may have engaged in fundraising for the first time. However, does this mean they are more likely to again?

Undoubtedly every health organization is hoping to capture some part of the success of the challenge to increase donations and awareness of their health issue. The copycats are emerging, an example of which is Doubtfire Face for Suicide Prevention: Started by a supporter of the American Foundation for Suicide Prevention, it honors the late Robin Williams by replicating his pie-in-the-face scene from “Mrs. Doubtfire.“ Another one also uses a pie: Eat Pie for HI (hyperinsulinism is abbreviated HI). And there are others, many involving a video and hashtag.

My students and I discussed why the challenge’s viral nature may be hard to replicate: fatigue, lack of novelty, and the difficulties of orchestrating virality. Fatigue is already occurring with the ice bucket challenge even though new videos are still appearing, albeit at a much slower rate. People like novelty and have limited attention spans, which is why the Livestrong yellow wristband spread until a rainbow of bracelets for every cause saturated the market. Another reason that the challenge may be hard to replicate is that it was not planned by the ALS Association but was something a person with ALS did that caught people’s attention. Most of what goes viral in social media is not orchestrated.

The challenge was almost the perfect storm. The factors contributing to this were:

The ALS Association didn’t provide instructions, but did offer their thanks for donations and posted two warnings. One was that the challenge “may not be suitable for small children, the elderly, anyone in poor health or animals.” The other suggested thoughtful water usage.

What is next? As one of my students questioned, will the challenge migrate to the Southern Hemisphere as cooler weather arrives in the U.S.? Can all these factors come together again and can a viral campaign be planned by a health organization? Probably not, because so many factors came together and contributed to the challenge’s success. Given the likelihood that health organizations are planning campaigns, they may achieve better success by working with, and supporting, the efforts of individuals like Peter Frates. My hope is that new campaigns have a great focus on awareness and prevention, and on how to help people who have a disease like ALS and their caregivers, not just on donations.

Lisa Gualtieri is an assistant professor, department of public health and community medicine, Tufts University School of Medicine, Boston, MA. She blogs at her self-titled site, Lisa Neal Gualtieri and can be reached on Twitter @lisagualtieri. 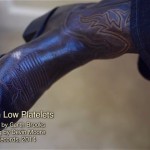