To be quite blunt about it, Ebola is a very scary disease. Among those infected, the mortality rate is, as is perhaps now widely known, an appallingly high 90%. That would seem a very good reason to keep our borders closed to this scourge — and the consequences to the poor souls who already have it be damned. That, apparently, was just the kind of thinking behind at least one rather high-profile tweet.

But perhaps we might characterize this thinking as the subjugation of epidemiology to hyperbole. And like all rabid opposition, it is the product of anxiety rather than analysis.

And speaking of rabies, that is a virus already well established here in the U.S. with a case fatality rate of either 100%, or something very close to it. In other words, rabies is a more lethal virus even than Ebola. Yet we don’t live our lives in fear of rabies for an obvious reason: we are very unlikely to get it. Rabies is not the common cold; a sneeze is not going to transmit it.

The transmission of rabies almost always involves the bite of an infected animal. Most human cases involve dog bites, not because there is much rabies in dogs — but because humans are more likely to come into contact with infected dogs than the species in which rabies is more prevalent, including raccoons, skunks, bats, and foxes.

But let’s move on, because my aim here is not to wade into rabies esoterica but to make a general point. Rabies is a horrendously bad disease, but we don’t live in fear of it because we take some basic precautions, like vaccinating our pets, and know we are unlikely to get it. We do not deport those rare individuals infected with it to some foreign land in the name of homeland security; we treat them here. And, to my knowledge, even Donald Trump has not called for the deportation of our raccoons.

The Ebola virus is nearly as lethal, and thus nearly as scary, as rabies. Like rabies, it is rather hard to catch. Direct contact with infected body fluids is required. There is, to date, no known case of respiratory transmission — meaning Ebola is not spread by coughing or sneezing. Conceivably, the virus could evolve so that changes; but in theory, the same is true of rabies. Fear of an Ebola outbreak in the U.S. is only justified among those who avoid the woods for fear that a skunk might sneeze.

What makes Ebola such a devastating disease in Africa is the lack of medical facilities to contain it. When family members in remote villages tend to one another, there is — of course — routine and rather copious exposure to infected body fluids, including blood. This is the very thing the gloves and gowns in routine use in every hospital in the U.S. are intended to prevent. When isolation precautions are taken, the degree of personal protection is considerably greater still. When need be, we have recourse to even more extreme forms of quarantine. Tuberculosis patients, for instance, can be treated in negative pressure rooms that preclude the release of any potentially infected air droplet.

To my knowledge, there are no negative pressure rooms in Sierra Leone. More importantly, there are few modern medical resources of any kind. Ebola spreads, as it is doing now in West Africa, when unprotected family and village members do the best they can to care for one another without recourse to gloves, gowns, masks, or perhaps even clean water. It is neither feasible nor reasonable to bring every Ebola-infected person to the U.S. for treatment in a state-of-the-art facility, but if it were, the current outbreak would come quickly to an end. There would be some risk of infection among the health care professionals directly involved, but that has always been one of our occupational hazards, and the risk is very, very small with suitable precautions. There would be no risk to anyone else.

So there is certainly no basis for either fear of, or opposition to, the ongoing treatment of an infected American doctor in Atlanta. We may instead all be thankful that in return for the courageous service he was providing in Liberia, Dr. Brantly is now receiving an American standard of medical care himself.

Perhaps the exaggerated fear of Ebola is in part due to the vanishingly remote likelihood of an outbreak here in the U.S., and the fact that there has never been one. When it comes to risks, familiarity does seem to breed contempt. We Americans routinely dismiss, for instance, the perils of eating badly or want of exercise — which will be the leading causes of premature death among us. We are dismissive about the threat of flu as well, because the virus is familiar. Our perceptions often distort risk, hyperbolizing the exotic and trivializing the mundane. As Jared Diamond pointed out, there is considerable risk involved in taking a shower — to say nothing of crossing a busy street.

If we were at all rational about health risks, we should certainly consider closing our borders to tobacco. We would close them to soft drinks as well if a considered assessment of net harm were the basis for our actions. And maybe we would even do something to stave the trade of high-capacity, semi-automatic weapons.

Exhortations about the risks of Ebola in the U.S. are not the product of rational assessment. They are the product of excitement and exaggeration, and fear of the exotic. They are born of hyperbole, not epidemiology. They represent opposition of the rabid, knee-jerk variety.

If you don’t avoid the woods for fear that a fox might cough, we have no basis to deny any small contingent of Ebola-infected Americans an American standard of care. An effort is under way to approximate those standards in West Africa, and I’m sure we are all hoping for its prompt success. The brave participants should be secure in the knowledge that while most of their countrymen might be disinclined to join them over there, we won’t be over here clamoring to close the border to them.

The current Ebola outbreak, bad as it is, will come under control. In the interim, we should all keep calm and carry on rendering the best care we can to those among us who bravely confronted risks abroad from which we are, thankfully, reliably defended here at home. 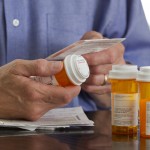 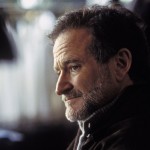 Ebola in America: Stop with the hyperbole
1 comments