“Then you should say what you mean,” the March Hare went on.

“I do,” Alice hastily replied; “at least–at least I mean what I say–that’s the same thing, you know.”

The brilliant Lewis Carroll had a field day with logical fallacies in the fictional mad world of hyper rationalism. Alice in Wonderland still passes for children’s fiction. The verdict in Halbig versus Burwell is a Tea Party no less. Alice from Dickensian London, if magically teleported to present day might have believed she had fallen in to a rabbit hole.

Is this the first war between prepositions in human history?

The argument is that we must follow the rule of the law as it is written. Section 1401 (rules on who can get subsidy) applies to Section 1311 (the one about how exchanges are set up) not Section 1321 (the one about Federal government running the state exchanges when states don’t).

What seems to be absent is even a weak covalent bond of common sense linking these sections.

There are serious scholars, and scholarship taken seriously on legal interpretation of statutory language and the intent behind the language. See writings of Michael Cannon, Timothy Jost and Nicholas Bagley. This is battle familiar to scholars of constitutional law: one between textualism and originalism.

Originalism looks at the original intent of writing the statute.

A fundamental issue is whether the framers of the ACA intended selective language to threaten depriving the states that would not develop exchanges, arguably more likely to be governed by the GOP, of subsidies to their citizens, in order to motivate the states to develop exchanges. Thereby, using the carrot as the stick.

Was the omission of specific language stating that federal run exchanges should also receive subsidies deliberate or an accident?

The trouble with determining intent, after the fact, is that it is the opposite of the “he knew that I knew that he knew” game.

Yet when one switches off the partisan neurons in the reptilian hemisphere it’s hard to see how the language was intentionally selective or purposefully ambiguous.

Why would the Democrats conspire to jeopardize their own health care law, and collapse of the individual market would jeopardize the law, to not only vehemently deny they had any intention of compromising the law but not act in a manner that such a motivation would logically produce?

Stating the obvious: Subsidies have not been withdrawn for citizens in states whose exchanges are run by the Federal government.

It’s like being accused of robbing a Nike store and saying: a) I didn’t rob the store, b) I don’t like Nike shoes and c) I’m not wearing, never have worn and never will wear Nike shoes.

The Textualists, those who believe in plain interpretation of legal language, will say we don’t get it. Letter of the law must be respected. Otherwise anyone can interpret what they feel like, per their own convenience in accordance with the fad of the time, making the legal process even more arbitrary. As a corollary there is no point of a law that exists only for its own sake.

The Textualists have a point. They always do. That’s their job. A more fundamental question is why more and more of how health care ought to be delivered has been codified in legal language and thus handed to the interpretation of Textualists and imagination of the Originalists.

This is the crux of the problem.

The spirit of the law has been disemboweled from health care and more actions have been consigned to its letter. From language involving insurance coverage to regulatory language of the multiple agencies, nothing is left to common sense. From physician’s documentation for posterity (and legal protection) to billing, if it is not written precisely it was never done, never thought of, never intended.

Recently, an imaging study I interpreted was denied for payment by a major insurance carrier. Why?

Had I committed fraud? Did I short change the patient?

No. In the imaging examination I did more than what it normally entailed, without asking to be reimbursed for the additional stuff. Thus it was no longer that examination the bean counters had deemed that matched a code and its reimbursement. So no payment.

A restaurant analogy would be when you order Kobe beef and you accidentally get both the beef and rare New Zealand lamb. You are charged just for what you ordered (the beef) but you refuse to pay because you got the lamb as well.

To call this logic for denying payment stupid is to insult stupid.

Welcome to our world lawmakers! This is the world in which physicians in the 21st century United States live in. In this world if you didn’t say it you didn’t mean it because if you meant it you would have said it.

Halbig versus Burwell is ultimately a silly decision for a silly lawsuit for a cumbersome law that attempts to solve societal problems with reams of statutes.

The trouble with a law comprising 2,000 pages is not just the 2,000 pages but what does not appear in the 2,000 pages. When there is such an affectation of rationality and precision, common sense will happily depart. Society is left to the mercy of the Textualists and Originalists, remorselessly bickering with one another, and nitpicking how many angels can dance on the head of a pin.

In the Merchant of Venice, Portia remonstrated with Shylock not to use the letter of the law and spare Antonio of his forfeiture of a pound of flesh. Instead defer to the spirit of the law and accept the three thousand ducats. Later she used the very letter of the law, the very precision of precision, against Shylock cautioning that if he either exceeded or came short of a pound of flesh, even by a fraction, he would forfeit his life.

As always, Shakespeare was prescient. The hyper regulatory state eventually gets hoisted by its own petard.

Or, those who live by rules die by rules.

Since the piece was written a video has been uncovered of Jonathan Gruber, chief intellectual architect of the ACA, which supports, though not proves, the hypothesis that the omission of language specifically linking subsidies to states in which the exchanges are federally run, might not have been a grammatical error or because the pen ran out of ink cartridge.

John Maynard Keynes famously said, “When the facts change I change my mind. What do you do sir?”

I will do no such thing. The recent revelation underscores my main points:

Saurabh Jha is a radiologist and can be reached on Twitter @RogueRad. This article originally appeared in The Health Care Blog. 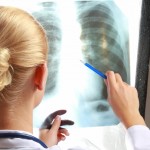 The Affordable Care Act will face many more Halbigs
5 comments