My heart sinks each time I see the subject line in this too common email I receive in my medical practice: “Sad news: Matthew was fine when he went to bed last night but his mother found him dead in bed this morning.” Matthew (not his real name) had epilepsy with seizures that persisted despite use of currently available antiseizure medications.

We started Matthew’s evaluation when the latest antiseizure medication had been approved by the U.S. Food and Drug Administration (FDA). But he died while waiting for the Drug Enforcement Administration (DEA) to provide final regulatory approval of the medicine through the scheduling process, as required by the Controlled Substances Act.

I cannot tell you that Matthew would be alive if he had this medicine available. But I can tell you we would have had more treatment options for Matthew if it had been approved more quickly.

That’s why I join with the Epilepsy Foundation and our community in support of the Improving Regulatory Transparency for New Medical Therapies Act (H.R. 4299), which would provide needed clarity and predictability to the DEA review process. It would help ensure innovative treatment options are made available to patients who need them by setting a 45-day deadline for the DEA to schedule new medicines as recommended by the FDA.

But why is this needed?  Although our community is concerned with the urgency of treating epilepsy, this problem applies to all drugs reviewed by the DEA and particularly for conditions that are in urgent need of avoiding unnecessary delays.

Currently there is no time limit on the scheduling process, which is in place to help prevent drugs with the potential for abuse from getting into the wrong hands while ensuring patients who need them have access to them. But the DEA has taken progressively longer to schedule drugs after approval by FDA, from 49 days in the period of 1997-1999 to 237 days in the period 2009-2013 according to a published analysis. This is an average of nearly eight months; and sometimes it takes more than a year.

The FDA conducts a thorough scientific and safety review and makes a recommendation on how a product should be scheduled by the DEA.  The long delay by the DEA is despite the fact that the DEA has always agreed with FDA’s recommendation for scheduling, based on DEA testimony.

The epilepsy community is so sensitive to this because access to new antiseizure medications has been delayed by DEA scheduling in recent years. An antiseizure medication was approved by FDA on October 22, 2012 and scheduled and approved for marketing by DEA on January 2, 2014: an astounding 14 months later, according to FDA News. That means patients, families, parents, and their physicians are waiting for one federal agency to sign off on the work of another when there is no expectation that any changes will be made to the scheduling recommendation. For our community, this is beyond unreasonable; it is a potential danger to life to wait for a bureaucratic rubber stamp.

And this is why Matthew’s story is so frustrating and heartbreaking. He had seizures in his sleep several times per week, which did not bother him much; he was a good student, personable, and had no other medical problems. So, how often do I see such cases? I follow around 2,000 people with epilepsy, and I get this “sad news” email about twice per year. I have encountered 35-50 deaths, mostly due to Sudden Unexpected Death in Epilepsy (SUDEP), in which patients die for no apparent reason: sometimes during a seizure and sometimes out of the blue.

Epilepsy is a medical condition that produces seizures which are often described as an “electrical storm of the brain.” All Americans should know more about epilepsy: in the United States, 1 in 26 people will have epilepsy at some point in their life.  Close to 3 million Americans live with epilepsy at any one time and about one third of them continue to experience seizures despite our best efforts and treatment options.

That’s why we need as many options as possible to treat them. I applaud Reps. Joe Pitts (R-PA) and Frank Pallone (D-NJ) for introducing the Improving Regulatory Transparency for New Medical Therapies Act. It is a simple, common sense solution.

At a time where many of us see gridlock in Congress, the chairman and ranking member of the House subcommittee on health have come together to help solve a problem with a simple solution that all members will hopefully support.  Not only could this legislation streamline federal inefficiencies, but it could also save lives.

Nathan Fountain is a neurologist and chair, Epilepsy Foundation Professional Advisory Board.

A pediatrician reflects, with deep gratitude to her patients 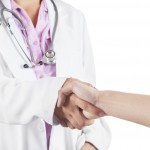