The Ellen DeGeneres Show has repeatedly put out a call for viewers to send in their funny sunburn pictures and stories. The following was posted on the website:

Summer is here and everyone is hitting the beach or pool. Just don’t forget the sunscreen! If you did, and you have the bad sunburn to prove it, we want to see the funny photos. Be sure to tell us the story behind the burn.

The reminder to not “forget the sunscreen!” couldn’t have been more undermined by the call for funny pics and stories of sunburns. The website included a sunburn picture gallery where you can view sunburn photos sent in by viewers. I assume the Ellen Show didn’t realize how irresponsible celebrating the sunburn is given they don’t typically encourage health risk behaviors — but I do believe they got the message. Once the melanoma advocacy community caught wind of the contest, social media protest ensued. My personal effort was to tweet the contest link to health journalists asking them to cover the story (one of whom contacted the show for comment), tweet the Ellen Show asking that they to cancel the contest, post the link to skin cancer advocacy listservs asking for a social media response, tweet blog posts by melanoma survivors who expressed their outrage, and tweet melanoma advocates to join the protest.

After only a single day of social media protest, the contest and photo gallery suddenly disappeared from the website. Although the Ellen Show did not release a statement, I assume they got the message.

Somehow getting sunburned is the health risk behavior that is still OK in the public’s mind. Major network talk shows would not likely have a smoke ring blowing contest or a fastest beer drinking contest for fear of sending viewers out to do something dangerous. The contest is more evidence of the poor understanding by the public of the dangers of sunburns. I can imagine that some viewers, excited to get a chance to be on national TV, intentionally went out to get a sunburn. At the very least, the contest sent the message to the public that sunburns are not serious: They are entertainment.

Sunburns aren’t funny. What kills the laugh of a crazy tan line is the deadly cancer associated with it. A person’s risk for melanoma — a cancer that will kill 9,710 Americans this year- — is doubled after 5 sunburns. One or more sunburns during the childhood or teenage years doubles one’s chances of developing melanoma later in life. Studies show that in general about 86% of melanomas can be attributed to ultraviolet radiation exposure from the sun. Melanoma is sneaking up on us too, as the only cancer among the top 7 most common cancers that is increasing in incidence. Between 2000 and 2009, incidence of melanoma crept up by almost 2% per year. I wonder how long before the public takes it seriously. As health care professionals, our job is to educate—we need to do better.

Ellen has a much larger microphone than your average health care professional with 2.87 million viewers just last week and 29.5 million Twitter followers. When misinformation is being spouted via such a large microphone it may seem like an impossible battle for a health care professional. However, I am encouraged and energized by the fact that the melanoma community was able to send its message via social media in a single day to create the hoped for change. As health care professionals we have a responsibility to educate and advocate for the health of our patients, not just in the clinic but in the real world. 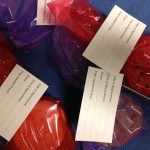 Inequality in medicine: Be thoughtful about the way we educate our trainees