I’m a second-year medical student, and quite recently, a lecture left me with serious doubts about the state of social awareness in the medical field and schools. The dermatologist lecturing described a patient with secondary syphilis, stating he felt the case was odd since, “He [the patient] didn’t look gay or anything,” as if only homosexual men could contract that disease.

I was hurt. I not only belong to a racial minority, but I am also gay. His words were utterly oppressive, and yet he uttered them nonchalantly and acted like he had committed no wrong. The worst part? A few of my classmates laughed with him. That is not to say that I am openly discriminated against, as many of my classmates came up to me afterwards expressing their disapproval at such an offhanded comment and offered support, but it is not the first time I have heard a physician say something outdated and oppressive. Hearing both MDs and DOs consistently teach in this way makes me question how prepared some of my classmates will be in an increasingly globalized world.

At my school, we are taught by both DOs and MDs, and I have noticed a general trend in this lack of social education. For example, in our lectures and handouts, men who have sex with men are automatically termed “homosexual”; actual homosexuals are deemed at high risk for most STDs and infections; sex and gender are used interchangeably; race is tossed about as a buzzword without explanation; endless cultural stereotypes are reinforced; Africa is referred to as a country; African-Americans are automatically relegated to a lower socioeconomic status.

I could even go on and on about how my Muslim friends were singled out in a class of two hundred simply because our virtual patient wore a hijab in her stock photo or how the “correct” answer on an exam was to either bow to an Asian patient or greet a Hispanic patient in Spanish.

To think, this is all at a top ten primary care institute.

What’s frustrating is that most of the administration and faculty are passive in pursuing solutions to these problems, despite student input via course evaluations and student organizations. It’s incredibly frustrating in two ways: Intolerance is still highly prevalent, which makes people of my identity feel unsafe, and this social unawareness only perpetuates its misuse, which in turn informs future physicians on how they perceive and treat their patients.

Laverne Cox recently said, “Each and every one of us has the capacity to be an oppressor.” We, too, can hurt as we heal. As medicine is constantly evolving, so are the times, and it is time medical schools properly educate their students, for this stark lack of social awareness reflects poorly on the entire profession and mitigates our capacity to act as healers.

As future physicians, one of our goals in the clinic is for the patient to feel safe — not demeaned or judged for who they are. Current physicians, too, need to brush up on what is correct and what is outdated. After all, a career in medicine means a lifetime of learning.

A physician responds to OpenNotes critics

Working the night shift as a resident physician 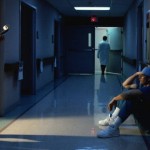 A lack of social education in medical schools today
15 comments