There are over 16,000,000 American children (21.8%) who live in official poverty and double that number who are just poor. This is not happening in an obscure country, in a continent far away. It is happening right here, across the street from you. For those enjoying a good episode of Duck Dynasty, these are not children of illegal immigrants, and the vast majority is white kids.

Over 44,000,000 American children (more than 1 in 3) were served by Medicaid and the Children’s Health Insurance Program (CHIP) in 2012. You can look at these numbers and be proud that we are helping more kids get proper health care, and you can listen carefully and hear the underlying narrative of an America raising its future self in abject poverty. Redirecting your gaze to our health care reforms, you should now understand that American health care is being transformed precisely to service this impoverished future. We are now building a health care system for the poor, the jobless, the uneducated, the huddled masses, rising from within.

It would have been much easier to reform health care in America if we had the patience to wait a couple more decades until 80% of our children end up living in poverty, but in its infinite wisdom, our progressive government has decided that it is better to be prepared for this inevitable future of ours, and the sooner the better. Unfortunately, the remnants of what was once America the beautiful, are having a hard time understanding the dire need to reform health care for a posterity that looks eerily like Charlie and the Chocolate Factory. Fortunately though, we do live in the disinformation age, hence reeducating the public to see the preemptive benefits of the new ways, is just a matter of devising a solid marketing campaign.

Simplicity, as any marketer can tell you, is the key to effectively inducing mass acceptance of new ideas.  Less is more. In this case less verbiage is more effective, but we don’t really need to get into subtleties. Plain less is just more of whatever you want more of. Let your imagination complete the message. Less is more, and less is always more, and more is actually less, and why would you settle for less, when you should rightfully have more by having less. Is there anyone out there that doesn’t know for sure by now that in health care less is more? Less superfluous tests, less useless screenings, less harmful drugs, less dangerous treatments, and all the misfortunes resulting from more of the same, in article after article, book after book, interview after interview, spread far and wide, less is more.

Note how everything is prepended with an onerous adjective to soften the ground and minimize resistance to the idea that less is not just more, but less is good. The next step is to point to research showing that more bad things are bad for you, and then extrapolate to stating that more of everything is bad for you, while all the time using undesirable adjectives before every noun. Less paternalistic doctors, less irresponsible ER visits, less murderous hospital stays, less confusing choices, less is always more. Always, because poor people need to internalize and accept that less is all they can ever hope for, and less is better than nothing at all.

Having no choices at all is usually associated with totalitarian regimes, but even in a free country beggars cannot expect to be choosers, or as insurance executives tell us, we are more “sensitive” to prices than we are to choices when we shop for health insurance. It seems we relish the idea of having less choices (less is more, remember?). Therefore, we have narrow networks, which are being rebranded to high-performing networks as we speak, to improve moral. The talking points say that narrow networks are cheaper because in return for lots of customers, doctors and hospitals, hungry for more patients, are giving the insurer greater discounts.

So let’s see: It would be cheaper to only have New York University’s Langone and maybe Sloan-Kettering and their doctors in your narrow network, than having dozens more area hospitals and thousands of other doctors, right? Well, not quite, because poor people do better with surroundings more concordant with their station in life and we should be more thoughtful in the choices we make for them.

We are very fortunate to already have a health care program designed from the ground up for the poor, so there is no need to start from scratch. As millions and millions of American Homo sapiens are descending from trees and gaining health insurance for the first time in their life, two distinct choices are emerging from innovative public/private partnerships. Those who have reached stable poverty are rewarded with free access to tailored networks custom built for their needs, and those who are still struggling to get there, are gradually eased into similar networks, while all obstacles to achieving perfect poverty are slowly removed from their wallets. The hope is that all our citizens will one day benefit from Medicaid, at which point we can truly begin to mold our nation for the future.

Poor people all over the world are acutely aware of being powerless to change their circumstances. Previously free and proud Americans are not likely to march willingly into the confines of poverty, unless of course, we can convince them that health care for the poor is actually an exercise in empowerment for the people. That’s a tall order for the best marketers, but we are executing on it flawlessly and brilliantly, because we had the wisdom to learn from past mistakes. Back in the nineties, America and its doctors rebelled against the yoke of managed care, and the HMOs pretty much failed. Today, we start fresh by breaking the unholy alliance between patients and their doctors, instead of expecting this to be an outcome of reform.

First we tell people that doctors are bossing them around too much, and that they keep secret documents about their patients. Empowered patients have a right to not let doctors advise them, and to see those classified files where all sorts of horrible things are written about each patient. Then to support our case, we establish through well researched anecdotal innuendos that doctors are greedy, incompetent, careless, and cannot be trusted. Next we make fun of people who “like” their doctors and want to “keep” them (like pets or old tee shirts), and we make sure that having the same doctor for lengthy periods of time is impossible going forward. Finally, we establish the insurer or the government to be your lord and protector in the perilous journey through the doctor infested waters of a “fragmented” health system. So let’s try that again, and this time we want the right answer: Who’s your daddy now?

The transition from being a free and wealthy nation to being just another medium size impoverished country, studded with magnificent sultans, may trigger a bit of anxiety, some anger and certainly lots of sadness in America. It is also well documented that mental disease is rampant among the poor, so we need to prepare. The old premise of an individual right to pursue happiness is now being upgraded to a personal responsibility to be happy. Screening for depression is becoming mandatory for all adults and children over thirteen years of age, and depression is assessed based on answers to nine questions, sometimes over the phone. Back in 2005, studies estimated that almost half of Americans experience some sort of mental disorder during their lifetime. With the recent expansion to the definition of mental disorders, it is clear that by now the vast majority of Americans are pathologically disturbed.

But then again, if we are all hopelessly sad, overly angry and addicted to caffeine and such, aren’t we the ones that are “normal”? And perhaps the minority living in gated communities, unaffected by the looming better tomorrow, should be labeled with some sort of new disorder. We’ll leave that to the DSM VI (and the courts), and for an immediate solution to the poverty induced new normal, I would like to suggest a little innovation derived from dental medicine. Instead of wasting time and money on integrating behavioral health into routine primary care, why don’t we just cut through the chase and throw some Lexapro into the water supply? The new abnormal minority is not very likely to drink from a faucet anyway, so they should be safe.

Our success at keeping everybody informed, empowered and controlled, hinges on getting high on technology. This was the one missing piece in past attempts to create proper value chains, and just plain chains, for our citizens. Now that we succeeded in gluing most humans to a miniature computer permanently connected to our grid (sticking with calling it a phone was a brilliant marketing achievement), the rest is history in the making. If health care were a product, we could ship its manufacturing to where we ship all manufacturing, and make enough plastic versions of the original to satisfy our poor.

But health care is a service, and here is where high tech comes to the rescue. By making enough hardware and enough software, and by strategically repositioning venues, you can productize services into manufactured goods. That’s how we replaced mom’s laborious cooking with packaged foods, for most poor people. And that’s how we will replace health care with health maintenance for the same. It will take time, thoughtful planning, lots of innovation and a carefully cultivated disdain for human life, but I have no doubt that our leaders will guide us safely to the bottom. 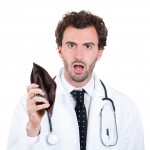 The troubling deficiencies in our mental health system

Health care for the poor: A race to the bottom
56 comments