As a doctor, I’m trained to do many things: I listen. I ask. I examine, order, and test. And then I assess. I certainly try to treat. All too often, this includes prescribing.

What frequently gets obscured in this paradigm is that, on many occasions, the listening part is enough.

Take Gene, for instance. He’s a retired biochemist. When I met him for the first time as a patient, I took a standard social history: I asked about employment, hobbies, and habits.

“I’m emeritus,” he explained, sitting hunched forward in the chair, looking out from Harry Caray spectacles.

“What does that actually mean?” I pushed.

He told me about his walks, his weekly lunches, his mail, his invitations, his memoirs. “Do you still do experiments?” I wondered.

“I dream about them every night,” he replied.

His wistful admission pierced me. I felt helpless; there was nothing I could do about that void. I ruminated on it for some time. Then I had a dream. An epiphany of sorts: Emeritus came to me to mean lonely.

I knew another emeritus: my rabbi. He, too, struggled to find the right balance between activity and restfulness in retirement. Why not bring them together to see what could happen?

Gene: an octogenarian Jew-turned-atheist; a scientist, a discoverer; and a Renaissance man, passionate about music and art.

A.J.: an octogenarian rabblerousing Rabbi; a social justice crusader; a scholar; and, also, a ‘“fiend for culture” (and his beloved White Sox!).

They were the same age. Of similar backgrounds. Neighbors for thirty years, though they’d never met.

I proposed a series of conversations — interviews, really — in which I’d ask them about their lives. I wanted to understand their hopes, their dreams, their experiences through the tumult of the twentieth century. Gene was worried the rabbi would try to bring him back into the fold. When I obtained assurances of no proselytizing, the dates were set.

For a semester, we met every Thursday on a quiet corner of campus. I brought the questions and the tape recorder. Thursdays with Gene and A.J., we jokingly called it.

I tried to hit the big themes: work, accomplishments, and family; philosophies, politics, faith, and philanthropy.

I’m not sure why I did it. I think I felt each man’s loneliness, and I hoped to lessen it by providing them companionship – with each other, and with me.

I also think I felt my own need for role models of well-lived lives. I hoped to nurture my non-medical self, by tapping into the sprightly minds within those enfeebled bodies and revealing their accrued wisdom.

It worked. A patient came to me with a problem and I did what was enough: I helped him make a new friend.

John Schumann is an internal medicine physician who blogs at GlassHospital. This article originally appeared in The Doctor Blog. 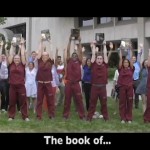 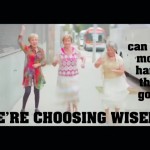