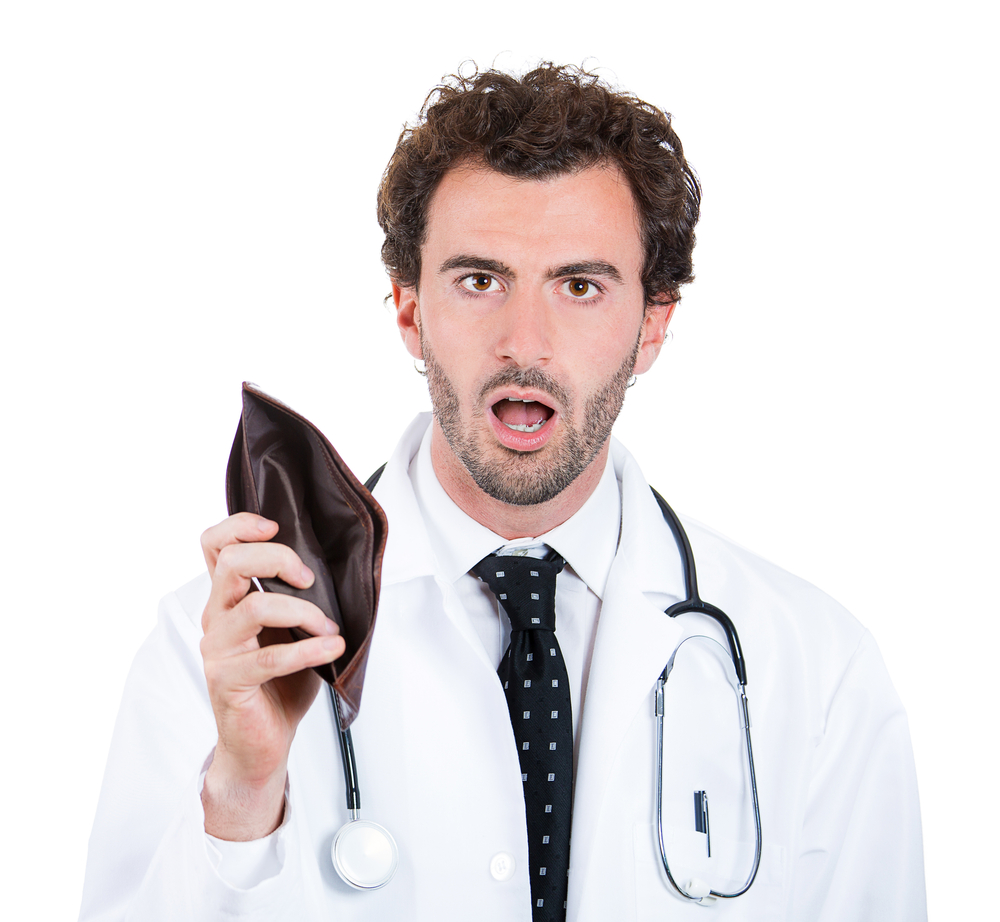 There is a tremendous amount of handwringing among students, workforce researchers, and medical school deans about the record amount of debt that medical students incur — more than $175,000, according to the Association of American Medical Colleges. This has unintended consequences, including student selection of more lucrative specialties and placing medical education beyond the reach of low-income and minority students. The average household income for a matriculating medical student is more than $110,000 per year. We must get serious about reducing this debt. A talented medical workforce is a national priority.

Dr. Louis Sullivan authored an op-ed piece published in the Washington Post, “The Outrageous Cost of Working in Medicine.” In the piece, Sullivan discusses this challenge from both diversity and equity perspectives. He wrote, “You shouldn’t have to come from a wealthy family (or be willing to tolerate a lifetime burden of debt or the deferral of buying a home and starting a family) to go into health care.” Yet 60% of medical students hail from families with incomes in the top 20 percent of the nation. Meanwhile only 3% come from families with incomes in the lowest 20%.

National policymakers believe that, because professionals  with medical degrees have high earning potential, they should therefore be in a position to repay loans in excess of $250,000 to $300,000. It simply hasn’t worked out that way for many talented young people who have turned away from the health professions altogether. The “gentrification of health care” serves no one well.

(In this post, I’m not talking about financing graduate medical education (GME), which is funded by Medicare, Medicaid, and academic institutions. In March 2001, Joe Newhouse and Gail Wilensky published an article in Health Affairs on GME asserting that it does not meet the economist’s definition of “public good”: benefits that are equally available to everyone that cannot exclude consumers from consumption. In the same issue, Uwe Reinhardt and Adepeju Gbadebo pointed out that if GME is indeed a public good, society must also be willing to pay reasonable costs. In return, the leaders of academic medicine must inform society what each component of their social mission really costs, and be willing to be held more formally accountable for their use of the resources.)

1. Decrease medical school tuition and increase efficiencies. Tuition is actually a small part of most medical schools’ revenue. Most revenue comes from clinical services, transfers from teaching hospitals, and research funding. Although less than 5% of total revenue at most schools, tuition payments are still significant enough that their loss would impair the institutions’ ability to sustain their missions. There is significant variation in medical school tuition between and among public and private institutions. We could analyze the costs of education to determine if efficiencies can be realized using shared core faculty, distance learning, and MOOCs (massive open online courses) “to inform society what each component of their social mission really costs, and be willing to be held more formally accountable for the use of resources,” per Reinhardt and Gbadebo.

2. Make medical school free and government-funded. Peter Bach and Bob Kocher propose that medical school should be free. In their New York Times editorial, they advocated a new way of paying for medical training to address the looming shortage of primary care doctors and to better match the costs of specialty training to the income it delivers. They proposed that the government pay medical school tuition and then defray the costs of $2.5 billion per year by charging doctors for specialty training. This is not the first proposal to recommend making primary care training more accessible. The National Health Service Corps helps doctors repay their loans in exchange for a commitment to work in an underserved area, but few doctors sign up.

3. Make medical school more affordable for students committed to public service. The Wall Street Journal published an analysis of federal student loan debt forgiveness programs, which increased nearly 40% in the past six months. One program, “Pay As You Go,” requires borrowers to pay 10% a year of their discretionary income — annual income above 150% of the poverty level — in monthly installments. Under the plan, the unpaid balances for those working in the public sector or for nonprofits are then forgiven after 10 years. At least 1.3 million Americans are enrolled in the program.

4. Apply work–study principles to medical school. One undergraduate school, The College of the Ozarks, is turning college debt on its head. Tuition is free but students work 15 hours a week on campus. Students from low-income homes can further defray debt by working over the summer to cover room and board. Part of their GPA is determined by how they do their jobs; those who shirk their duties are dismissed. In this school, there is an “unmistakable quest to succeed.”

I wonder what we could do with this model in medical education? Our applicants are talented, committed, and hard-working. Why extend their “adolescence” by keeping them in the arms’-length “learner space,” when there are many entrustable professional activities that students can perform skillfully while they train? Sometimes these frontline positions can be more instructive than hours of class time.

Student debt has nearly doubled since 2007 to $1.1 trillion, disproportionately driven in large part by graduate school debt. With pay-as-you-go shouldering $72 billion in debt, government officials are scrambling to find ways to rein in the costs of this program. However, many believe that these programs are necessary, particularly for those who want to take lower-paying jobs in the public sector. Some students who have over $300,000 in debt after undergraduate and medical education say that these programs will allow them to work in specialties that are less lucrative but important for the health of populations. These programs are notably one of very few ways to get out of student loan debt which, unlike consumer debt, not even bankruptcy or death will resolve.

5. Consider income-share agreements. An Wall Street Journal article, “A Better Way to Finance That College Degree,” suggested that it is time to look beyond traditional student loans.

“Today, easy credit from federal loan programs provides little incentive for campuses to keep tuition low, and many students and parents gladly borrow to pay these increasing costs, only to run into financial trouble when the loans come due,” write Miguel Palacios and Andrew P. Kelly. In the federal student-loan system, lenders don’t consider the likely return on degree programs when making loans, leaving students with no information about the value of different options. The standard 10-year repayment plan demands the heftiest percentage of a graduate’s income in the years immediately after graduation, threatening young adults with financial ruin if their choices don’t lead to a steady income.

Palacios and Kelly propose a creative alternative: “In capital markets, risky investments often are funded with equity instruments under which the investor shares in the profit or the loss of the investment … Enter income-share agreements (ISAs), which are essentially equity instruments for human capital. Investors finance a student’s college education in return for a percentage of their future income over a fixed period. ISAs are not loans and there is no outstanding balance. If students earn more than expected, they will pay more, but they also will pay less — or nothing — if their earnings do not materialize.”

This is catching on in areas of the country under different names. In Oregon, state legislators in 2013 introduced a “Pay it Forward” plan that would allow students to attend public colleges tuition-free in exchange for 3% of their income after graduation.

There is still much work to be done, but consider how this could be used for medical education debt. We have the income data. The United Kingdom has been doing this for a while. In the UK, repayments for medical student debt are based on earned income. Anyone earning over £21,000 per year is obliged to start paying back their loans. Repayments are made monthly at a rate of 9% of the income earned over the £21,000 threshold and is taken directly from salary by the employer. Borrowers continue to pay 9% of residual income for 30 years or until the loans are paid off. If their income drops because they work part-time, are on maternity leave, or stop working completely, the repayments stop.

We must seriously rethink how we finance medical education. Giving investors and the federal government a stake in the economic success of students could unleash more educational opportunity for all.

Joanne Conroy is chief health care officer, Association of American Medical Colleges.  She blogs at Wing of Zock and can be reached on Twitter @joanneconroymd.

Inequality in medicine: Be thoughtful about the way we educate our trainees

Health care for the poor: A race to the bottom