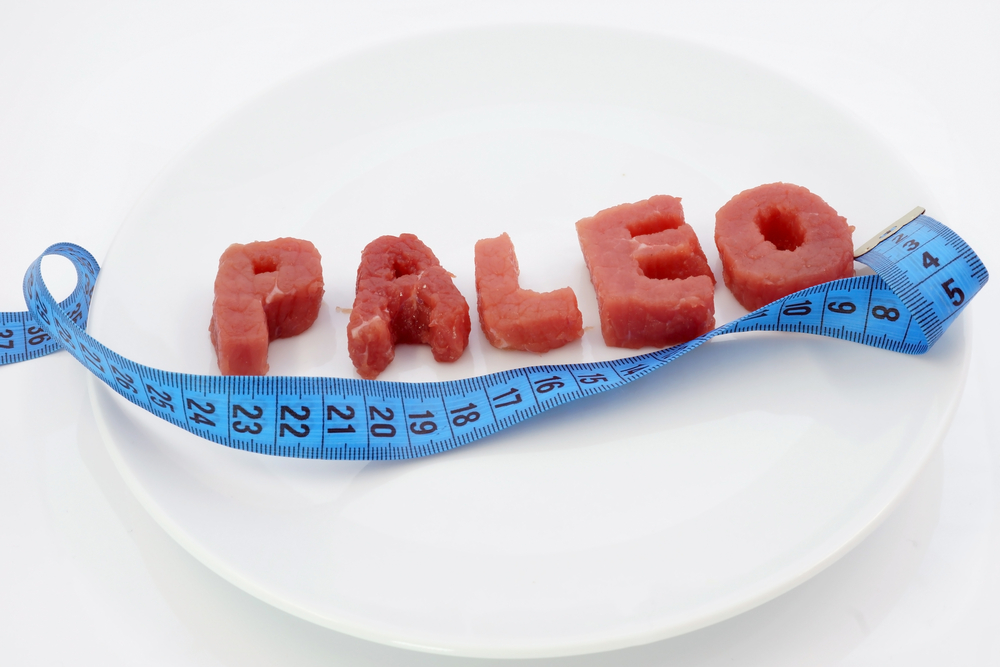 Go ahead, eat more meat, butter and cheese. Let me know how it turns out for you. I certainly won’t be joining you, despite the current popularity of the proposition.

There are so many things wrong with this combination of tortured logic, revisionist history, and wishful thinking that it’s hard to know where to begin. So let’s begin at the beginning, in the Stone Age.

The case for a Paleo diet is, in fact, strong — both on the basis of available evidence and the fundamental relevance of evolutionary biology and adaptation to the health of any species. Most creatures thrive on the sustenance to which they are adapted: koalas on eucalyptus leaves, giant pandas on bamboo, and blue whales on krill. Though prone to forget it, we are creatures, too — not apart from Nature, but part of it.

But a Paleo diet has nothing to do with arguments for eating more meat, butter and cheese. First, a Paleo diet argues directly against the butter and cheese — since dairy is a recent, post-agricultural addition to the human diet. I am not addressing the case for or against including dairy in your diet here — I’ve done that before. I am simply pointing out that a Paleolithic perspective is not a rationale for butter, let alone bread, nor for the cheese on your cheeseburger.

But more importantly, it lends no support to the burger, either. Yes, our Stone Age ancestors ate meat — but they ate Stone Age meat. Those most qualified to say — the paleoanthropologists who devote entire careers to the endeavor — tell us how different that meat was from the grain-fed beef making up that burger. Leaving aside the difficulty in finding mammoth these days, we might approximate it with the flesh of animals like antelope. The flesh of antelope has a fraction of the total fat content of comparable cuts of grain-fed cattle. More importantly, the nature of the fat is entirely different. Antelope meat contains mostly unsaturated fatty acids, and is a rich source of the omega-3 polyunsaturates we now tend to call “fish oil.” We call them fish oil because we have domesticated them out of other, traditional sources.

So however ardent you may be about the Paleo diet, it lends little support to the meats on the plates of most modern eaters, and none to an accompaniment of butter and cheese. So much for that Reuben sandwich; there was, alas, no Stone Age corned beef, nor Paleolithic pastrami.

Let’s move on, and out of the Stone Age. Studies keep coming in an endless parade associating various plant foods — vegetables, fruits, nuts — with the prevention of specific diseases, the promotion of overall health, and the propagation of longevity. The longest-lived, healthiest populations on the planet eat food, not too much, mostly plants. This is not the now eagerly maligned assertion of Ancel Keys; it is the product of diverse, current sources of investigation and observation — the closest we ever get to epidemiologic “fact.”

But it’s clearly not acceptable information, since (a) it would mean we actually know what to do and are left with the unpleasant task of doing something with what we know; and (b) it would mean we really should eat more veggies, just as our mothers told us. Say it ain’t so!

So that’s what we do: say it ain’t so. Again and again.

And we say it by torqueing the relevant evidence into pretzels (which, by the way, we also know we shouldn’t be eating). A recent meta-analysis about fatty acid intake was embraced as evidence in support of more meat, butter and cheese. But all it showed was that unacceptably high rates of heart disease in the United States remained unchanged and unacceptably high after we cut our intake of saturated fat. The study did not address what we replaced the saturated fat with, but we all know: Snackwell cookies, and copious quantities of high-fructose corn syrup, among other things.

So, one important historical tidbit is that heart disease rates were already unacceptably high before we attempted to cut our saturated fat intake. The very reason we were shopping for a “fix” was because something was already broken. It’s convenient these days to forget that, but ill advised to revise history in that manner.

For another, when we cut our intake of saturated-fat sources (to the limited extent we ever actually did so), we replaced them with even more dubious items. As I’ve noted before, that’s as if — in an attempt to avoid burns — we swapped out playing with fire for playing with sulfuric acid, and then ongoing burns led to the conclusion that playing with fire was a “good” idea.

And so it is that lack of benefit from the silly things we have done in place of eating meat, butter and cheese — like eating low-fat cookies and running on donuts; snacking on glow-in-the-dark cheese puffs; calling multi-colored marshmallows part of a complete breakfast and marketing them to our kids accordingly; and downing gallons of soda — has been used in what is really just literary legerdemain to make the case that eating more meat, butter and cheese is actually “good” for us. The obvious question is: “good” compared to what?

That a diet rich in modern meat, butter and cheese is not “good” compared to any variant on the theme of evidence-based, optimal eating is abundantly clear. But what’s more interesting is that it may not even be good compared to the junk most Americans eat these days.

All this really indicates is that there is more than one way to eat badly, and we would rather explore them all than get serious about eating well. It also suggests that we have somehow come to view lack of additional harm as the new standard of dietary virtue. That borders on tragic, since we have long known that fully 80 percent of the current burden of chronic disease and premature death is preventable by applying lifestyle — including an optimized dietary pattern — as medicine. Since we know how to prevent 80 percent of the aggregate burden of heart disease, cancer, stroke, diabetes, dementia, etc., how did we ever talk ourselves into thinking that other ways of getting to the same crummy outcomes we have now qualify as “good”?

We might also constructively consider the dire implications of more meat, butter and cheese consumption by over 7 billion Homo sapiens for the environment and the climate, and most particularly, for the availability of water. But that, too, might obligate us to do something with what we know rather than revisit it every day — so it’s clearly unappetizing.

So, too, presumably, is acknowledgement of the callous, and even brutal cruelty perpetrated on feed animals raised in their crowded multitudes required to feed us in ours. So, too, the hormones and antibiotics included in the mix, and the propagation of such externalities of how we choose to feed ourselves as widespread and increasingly ominous antibiotic resistance.

Inconvenient truths, all, but truths just the same. But if ever we admit it, we are stuck doing something — both as individuals, and as a culture — with what we already, actually know. That sounds awfully tedious — and potentially costly to the next round of fad diet-book authors, publishers, conspiracy theorists, food engineers, morning show segment producers, documentarians and advertising executives waiting in the queue. Clearly, we can’t have that.

So let’s keep procrastinating — and pass the pastrami. The Neanderthals loved it. 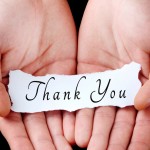 Frozen in the bathroom? Let it go! 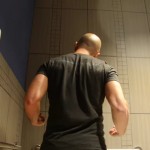