If you read my articles, then you likely know about the scam known as pay-for-performance (P4P).  This program not only fails to deliver on its stated mission to improve medical quality, but it actually diminishes it.

In short, P4P pays physicians (or hospitals) more if certain benchmarks are met.  More accurately, those who do not achieve these benchmarks are penalized financially. I do not object to this concept.  Folks who perform at a higher level should be rewarded accordingly. My objection is that the benchmarks that have been selected are arbitrary and too far removed from true medical quality measurements. Benchmarks have been chosen that are easy to measure even if these measurements don’t count for much.  In other words, what really counts in medicine, isn’t easy to count or measure.

These examples illustrate what I think is very high quality medical care.   But, since there is no way to reliably measure them, they don’t count in the P4P schema.  So instead, the government and insurance companies will measure lots of dumb stuff and then dock us when we don’t measure up.

This has nothing to do about real medical quality, but it has everything do about cost control.  If the P4P enterprise were paid on its performance, they would be out of business.   Shouldn’t they have to be subjected to the same rules that they impose on the medical profession? 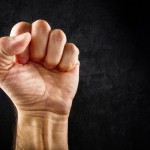 Pay-for-performance is all about cost control
10 comments