I saw the caller-ID and immediately picked up the phone; it was an old friend from college.

Sadly, I hear those words all too often.  I’m a newly-minted lawyer — after a 35-year career as a publisher — working at one of New York’s top medical malpractice plaintiff’s firms.  What made this particular call so unusual, was that Karen is a top doctor.

Karen’s elderly mother had been rushed to a hospital near her Florida assisted living facility.  By the time Karen had arrived from her home outside Washington, D.C., mom had been examined, diagnosed, admitted and treated.  But she was doing poorly, and Karen quickly sensed that the medication was wrong.

Karen is board-certified in three specialties, but not licensed to practice in Florida.  So she tracked down the doctor who had prescribed the medication and asked him to take a look at mom, and perhaps adjust the meds.  He refused to come in.  It was a three-day holiday weekend and his response was, “I need a vacation too.”

Karen found a different doctor who examined mom and changed the meds; and mom is doing fine.  But understandably furious, Karen’s next call was to me.  She wasn’t looking for cash to compensate her mother’s pain and suffering; as a doctor she wanted the system fixed.  And perhaps a lawsuit would send a strong-enough message.  We quickly agreed that a lawsuit was the wrong way to proceed.  Instead, she might consider filing a formal complaint with the Joint Commission on accreditation, the national organization that monitors and promotes hospital quality and safety.

Unfortunately, a formal complaint by even as formidable a figure as Karen will probably have little impact.  The medical community’s resistance to reform is notoriously passionate. The Joint Commission’s 2013 Annual Report points out that only 33% of the 3,300 Joint Commission-accredited hospitals have achieved the organization’s “top performer” rating.  (Moreover, there are another 2,400 hospitals in the U.S. that are not even accredited by the Joint Commission.)  And only 182 hospitals have managed to make the list for three years in a row.

Sadly, for all the very good work they do, hospitals are dangerous places.  The National Institute of Medicine has estimated that as many as 98,000 people die each year — and another 300,000 injured — in U.S. hospitals annually due to avoidable errors.

In 2004, Dr. Donald Berwick, then president of the Institute for Healthcare Improvement launched the “100,000 Lives Campaign.” Hospitals were asked to commit to six evidence-based interventions that would save lives, and putting in place metrics that would accurately measure just how many people were actually touched by reforms.  After 18 months, with fewer than 2300 hospitals participating and implementing at least one of the changes, the organizer declared victory and estimated that 122,300 lives would be saved over the next 18 months. When, in 2006, Dr. Berwick then launched the “5 Million Lives” campaign, hospitals were more reticent to join the effort. Only 2000 hospitals agreed to implement all 12 safety interventions.

Hospitals aren’t the only aspect of the medical community resistant to change; professional associations can be even more recalcitrant.  The American Congress of Obstetrics and Gynecologists  (ACOG) has refused to formally adopt a series of 21 changes tested and implemented by New York Presbyterian Hospital (NYPH) between 2002 and 2009. The NYPH changes reduced the incident of sentinel events — unanticipated events that result in death or serious injury to patients — from 1.04 per 1000 deliveries in 2000 to zero in 2008 and 2009. To put that into perspective, in 2003 the hospital and its doctors paid victims of sentinel events more than $50 million in compensation.  In 2009, they paid $250,000 — a remnant of a malpractice case that predated the reforms.  Yet ACOG refuses to recommend these reforms on the grounds that they may infringe on individual doctor or hospital prerogatives.

One reason Karen called me was that she knew my law firm had represented Libby Zion’s family in the notorious case against New York Hospital 20 years ago.  In that malpractice and wrongful death suit, a jury concluded that 18-year-old Libby had died after a sleep-deprived, unsupervised intern had improperly prescribed medication that killed the patient.  The jury did not, however, impose punitive penalties against the hospital.  Had they, it might not have taken until 2011 for the medical school community to fully implement restrictions on work hours and improvements in supervision — changes that are known as the Libby Zion reforms.

The negative publicity that often accompanies high-profile malpractice suits can have a galvanizing effect on prodding reform. The best example is probably the anesthesiology community.  In 1982, after a spate of bad publicity triggered by large malpractice verdicts, the American Society of Anesthesiologists conducted a comprehensive assessment of what had been injuring patients. They then revamped their procedures, established mandatory monitoring, improved training, limited the number of hours anesthesiologists could work without rest, redesigned machines and outfitted others with safety devices.  Within 10 years, the mortality rate from anesthesia dropped from 1 in 6000 administrations to 1 in 200,000.  And anesthesiologists’ malpractice insurance rates fell to among the lowest of any specialty.

Make no mistake: Money is the principal goal of most malpractice suits.  It is the only remedy our system of civil justice knows how to provide.  And I make no apologies for wanting to get needed therapies for a child or a full-time health aide to relieve an exhausted caregiver’s burden.  But sometimes, lawsuits do much more: They provide essential light on a systemic problem and impetus to overcome institutional inertia. 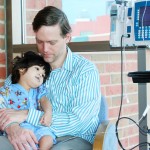 Choosing words wisely: Can healing get lost in translation?