The New York Times recently published two articles in a series about inflammatory bowel disease, or IBD, in hopes to destigmatize the disease, and to broadcast medical and surgical advancements that have worked to change how we conceptualize IBD. I applauded the Times for highlighting what can be a debilitating disease for the 1.4 million Americans who are afflicted with it, and thought: Finally! IBD is getting the attention it deserves.

Clearly, IBS, or irritable bowel syndrome, shares two of three letters in its acronym with IBD, or inflammatory bowel disease. However, it is crucial to understand the significant differences between the syndrome of irritable bowel, and the disease of inflammatory bowel. Irritable bowel syndrome (IBS), a functional gastrointestinal disorder that affects anywhere from 10-20% of the US population, is a much more common condition than inflammatory bowel disease (IBD). Functional gastrointestinal disorders are those that arise from no structural or pathological abnormalities that can explain a patient’s symptoms. IBS, which undoubtedly can affect a person’s quality of life and psychological health, is characterized by a hypersensitivity of a patient’s colon to stool, air, and peristalsis, the natural movement of the intestines. Thankfully, the lining of the intestines are completely healthy, and IBS patients have no issues with malnutrition, intestinal inflammation and bloody stools, nor do they harbor an increased risk of malignancy, particularly colorectal cancer.

Conversely, Crohn’s disease and ulcerative colitis, the two main subsets of inflammatory bowel disease (IBD), which affects well over 4 million patients worldwide, is far from a functional gastrointestinal disorder.  It is an autoimmune disease that affects not only the intestines, but can also cause inflammatory arthritis, anemia from blood loss, blood clots in the legs and lungs, malabsorption and weight loss, hepatitis, inflammatory skin and eye conditions, and even a predisposition to certain cancers. Ulcerative colitis results in inflammation anywhere along the colon, beginning in the rectum and traveling upwards towards the small intestine. Depending on the severity and extent of inflammation, and how long patients have been suffering from symptoms of the disease, the risk of colorectal cancer from this constant state of inflammation is a real threat. Crohn’s disease, the other main subset under the umbrella of inflammatory bowel disease, can affect anywhere along the gastrointestinal tract (from mouth to anus), and can result in strictures (narrowing of parts of the intestine), fistulae (abnormal connections between different organs or sections of bowel), and abscesses, (collections of pus) either inside the abdomen, or around the anus. Thankfully, there are new therapies in our armamentarium to fight the inflammation, and we have more efficient, innovative techniques to help us screen for colorectal cancer in our high-risk IBD patients.

Clearly, the difference between IBD and IBS goes way beyond the acronym. This is not to say that irritable bowel syndrome cannot permeate many aspects of patients’ lives: When bouts of abdominal pain and a change in bowel habits do occur, the symptoms can be disruptive. However, and as evidenced by the readers’ commentary of the two columns in the Times, many do think that IBS and IBD are one and the same. Instead, they are in no way comparable — the medications used in IBS are targeted to treat symptoms of the syndrome, while the anti-inflammatory and immune-altering medical therapies that those with IBD require work to dampen the inflammation that leads to the potentially devastating consequences of untreated disease.

As disseminators of health information, as the New York Times and contributors to KevinMD.com often are, we must get the information right, as to not further confuse patients. The paper’s two pieces on IBD were highly informative, and alerted patients to wonderful organizations like the Crohn’s and Colitis Foundation of America (CCFA), which has a wealth of online resources for IBD patients and their caregivers. The CCFA provides an extensive patient and physician network to raise IBD awareness and support for basic and clinical research in IBD. Importantly, the Times columns also helped those that suffer from IBD and its complications to remember that there are many others like them, that they can live fruitful and productive lives, and that they need not be afraid to discuss their gastrointestinal symptoms without the “ick” factor.

Taking a page from firefighting to fix health care 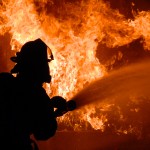 IBD versus IBS: The difference is everything
11 comments