As our nation struggles with the mind-boggling algebraic-like task of reigning in on health care expenditures while increasing provider access and high-quality medical care, provider payment structures are in flux between traditional payment methods and relatively new financial structures.

While I am no means an expert of health policy nor medical business and financing, I think it’s important for medical trainees and enthusiasts alike to understand the very general basics of some popular payment structures currently used in our current health care system.

How are doctors paid?

Back in the day, many physicians, nurse practitioners and other various providers were paid directly “out-of-pocket” by patients themselves. Notably, this now only occurs in a relatively small percentage of cases. Most providers today are reimbursed for services through several payers, including federal and state government programs (e.g. Medicare, Medicaid) and insurance programs offered through employment and individual plans.

Reimbursement often involves a payment as a percentage of the total bill received and is usually impacted by standards set by Centers for Medicare & Medicaid Services and on negotiations between an office practice and regional insurance companies that they contract with. A smaller percentage of the bill, known as a co-payment, is often paid directly by the insured patient. Notably, this payment billed to the patient with commercial insurance is often separate from and in addition to a monthly charge to stay covered, commonly known as a premium.

Regardless of who directly foots the bill, it is important to acknowledge that on a national scale, taxpaying and working citizens finance a large portion of both government and private insurance programs. In the end, the majority of us are at least indirectly paying for our own and for each other’s care.

What are a few examples of various payment structures?

There are several ways that providers are paid, so much so that the list is beyond the scope of this piece. Below are a few important examples.

Fee-for-service (FFS), a common payment structure seen in both private and public practices, occurs when office practices bill for individual clinical tasks. Using the workup of a swollen knee as a case example, the provider may bill separately for different services rendered, including the initial consultation and any additional office procedures.

This varies from other payments structures frequently used in medical practices, including the concept of capitation. Capitation involves paying a physician a fixed amount of money per patient over a pre-specified period of time. Under this method of payment (in its purest form), the physician caring for the patient with a swollen knee would be paid the same regardless of the number of services provided.

Potential issues that arise with each of these payment methods relate to the possibility of incentivizing providers to overtreat or undertreat their patient panel. In the case of FFS, it is often a fear that medical systems will order more tests and procedures than needed. In the case of capitation it is just the opposite: Pre-specified bulk payments may incentivize medical systems to underutilize services.

To mitigate these potential issues, many new forms of payment structures are currently being tested on a nationwide scale. Most notably, pay for performance has been a method that ties bonus payments to the quality of care of each patient rather than to how much or how little services are provided. Although this form of payment is currently being studied for its effectiveness and often tied to other traditional forms of payments, it is a promising example of new and innovative ways to pay medical providers.

The brief descriptions of various payment methods mentioned are just a drop in the water when it comes to the complexity of how providers are paid and health services are financed. But it’s important to start somewhere.

Because whether we like it or not, beneficial changes in our health care system will not have any lasting effect without aligning incentives of big health care players involved, including payers, providers and most importantly, the patients.

Brian J. Secemsky is an internal medicine resident who blogs at the Huffington Post.  He can be reached on Twitter @BrianSecemskyMD and his self-titled site, Brian Secemsky MD. This article originally appeared in the American Resident Project.

There really is no war on doctors: There's a war on patients. 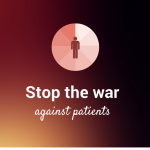 How doctors are paid today
8 comments