Apple recently previewed a new framework called HealthKit that will be included in their next mobile operating system called iOS 8.

Features mentioned in the video above:

One central app to integrate data from wearable technology like NikeFuel, the Withings blood pressure monitor, and Fitbit.

Working with the Mayo Clinic (for an app to launch in September) to integrate incoming and outgoing health information into HealthKit so that if there is a really high blood pressure, the Mayo Clinic will be notified, through the app, so that a medical professional can proactively contact the patient.  Here’s a quote from Mayo Clinic CEO, Dr. John Noseworthy: “We believe Apple’s HealthKit will revolutionize how the health industry interacts with people. We are proud to be at the forefront of this innovative technology with the Mayo Clinic app.”

Working with Epic, a huge player in the EMR market. The Epic EMR mainly administers to major hospital systems. From the video above, sounds like “the promise” is the integration of incoming and outgoing iPhone health information between Epic hospitals and the HealthKit app.

Emergency Card. The best part of this app, in my opinion, was brushed over very quickly. Within HealthKit is something called “Emergency Card,” and according to the Apple website, “You can create an emergency card with important information — for example, your blood type or allergies — that’s available right from your lock screen.” I like that!

I know that this is only a preview, and they were only able to scratch the surface at this point. But, to be honest, even though the tech press is very excited about this, I am not impressed. Why?

Has Apple solved the patient privacy problem? I’ve talked with many tech people about the challenges of making an app reach the standards of the strict HIPAA compliance. Not only does Apple want to hold health information on the phone, but also potentially have two way health information exchange with institutions like Mayo Clinic and Epic hospitals.

Mayo Clinic false positives. In the presentation, it was stated that if something like a blood pressure was really high, that this information would be transmitted to Mayo Clinic and then a patient would be contacted by Mayo. I’d love to see the initial testing of this function. Blood pressure monitors have machine errors and user errors. How will they sort that out?

Integration of the mythical iWatch. For months now, everyone from the tech press to the tech savvy medical providers have been saying that a wearable device like an iWatch is inevitable. Would an iWatch be helpful for health? An iWatch cannot take a blood sugar, a pulse, or a blood pressure. Yes, it can count your steps, but there are already a variety of devices that already do that.

Now, before everyone starts to come after me, let me say that, yes, I am impressed by the technology above. But unless I see more features and the patient privacy and integration issues answered, HealthKit may be as functional as the previously overhyped, but underutilized Passbook app. Remember that app?

The problem with vendor management systems to solve staffing shortages 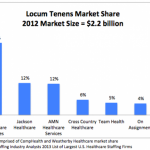 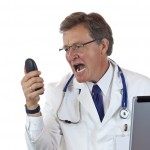 A doctor is skeptical about Apple’s HealthKit. Here’s why.
17 comments