Dr. Robert’s office felt right to me, with a musical birdsong soundtrack, soft lighting and fresh green tea, and I had my best friend in tow: piece of cake. In this serene atmosphere, I was sure that I’d find out what to do next to finish treating my endometrial cancer.

“It’s probably gone now, since my hysterectomy two weeks back,” I thought. “But let’s play it safe; he’s the gynecological-cancer guru.”

Like a general gearing up for combat, Dr. Robert said, “We can beat this. We’ll do a second surgery to remove lymph nodes and omentum–robotically, of course, so your recovery time will be quick. Down the road we’ll definitely do radiation and chemo, and your odds of recurrence will go way down.”

That tone. So assured …

“What’s an omentum?” I asked hesitantly.

“A slab of belly fat deep in the abdomen that can trap cancer cells; we usually recommend its removal if the cancer nearby is aggressive.”

“Side effects?” I asked.

“Not much to speak of. In rare cases, you get a slightly draggy foot from nerve damage.”

My whole psyche was dragging its feet. Did I need this, just after coming through a highly successful surgery?

A month before, I’d sought treatment for a garden-variety fibroid. My primary OB/GYN, Dr. Ann, had offered to remove the fibroid laparoscopically. Beforehand, as part of her usual pre-surgical procedure, she sent a tiny chunk to the lab for a cancer check.

A cancerous fibroid is a whole different ballgame, so Dr. Ann and I went to Plan B: a full hysterectomy and ovary removal.

Immediately after the surgery, Dr. Ann cradled my head in her sweet-smelling arm and whispered affirmations to me, cheek to cheek. Although everything else is erased by anesthesia, I clearly remember the feel of her skin and how fervently she whispered, “You’ll even want to eat salmon!”

I did heal like a champ, wowed by blissful, oxycodone-induced hallucinations and by seeing my teenage daughter mature as she stepped into her new role as pants-puller-upper.

Call me a flake, but I believed that Dr. Ann’s surgery had removed the cancer. During waking hours, I couldn’t drum up any sincere worry. (But I did have nightly “mares,” always the same: a terrifying man breaking into my house, and I a throttled screamer. On a subconscious level, my fears about cancer were in overdrive.)

My first post-op visit with Dr. Ann, a few days after the surgery, was tremendously reassuring. She showed me the lurid photos she’d taken of my cancerous uterine fibroid, backlit and glowing ruby-red, so I’d finally see my torturer. (I still have a wallet-size photo.) We laughed hard, which I don’t recommend after abdominal surgery.

Then she went over the lab results with me. The cancer was grade one (not aggressive) and had been relatively contained, with just one other spot on one of the removed ovaries. Dr. Ann told me that this spot was a bit of misplaced endometrial tissue that had sprouted a tumor. It was not ovarian cancer, which is often more aggressive. Welcome news. She poured her heart into reassurances.

But still. “There are other treatments, like lymphectomy, chemo or radiation, that I want you to consider,” she said. A recent cancer survivor herself, she wanted to make sure that I stayed in touch with my inner warrior. She sent me to Dr. Robert.

And Dr. Robert insisted that lymphectomy/omentectomy was the least I should do. According to him, chemo and radiation were necessary insurance against the big C.

He described the omentum as having little purpose and regaled me with stories of women who were vacuuming the house eighteen hours after their surgeries.

I’d studied ecology in graduate school; its principles guide every part of my life. I know that everything is interrelated, and that when you do one thing, it can affect other things in surprising ways. But I wanted to believe that the cancer was behind me.

Also, I was foggy-headed, suffering from cold-turkey estrogen withdrawal after the hysterectomy. So my antennae weren’t up, and my energy for fact-checking Dr. Robert’s claims was nonexistent. And then there were those nightmares …

Ultimately, it came down to this: Dr. Ann recommended that I take Dr. Robert’s advice. He was the expert. Hoping that lymphectomy would seal the deal, I had the surgery.

Dr. Robert had mentioned none of these possibilities.

During my hospital stay, I never saw him. Once home, I repeatedly phoned his office, begging for help, but he never called back. Two weeks later, during our only post-op visit, he said the nurse had never told him.

Having removed more than half of my abdominal lymph nodes, Dr. Robert found that they were all cancer-free. My post-op report stated that he’d removed them prophylactically; as I saw it, that was like removing a hip so I wouldn’t break it.

A year later, I found my legs and buttocks swelling up again. At first I thought I’d twisted my ankle, but eventually Dr. Ann enlightened me: I had chronic lymphedema.

She steered me to cancer rehab, where I learned I could improve the symptoms slightly with time-consuming exercises, careful skin care and $135-a-pair pantyhose that squeeze me girdle-tight.

Now I roll a tennis ball around my ankle to break apart the fibrosis caused by lymphedema. I research cheaper pantyhose. And to give myself time to exercise and heave my hips into those leg-hugging hose, I set my alarm forty-five minutes early each morning.

I’ve damaged my knee with the grunting maneuvers required to don the hose. Long walks are temporarily a thing of the past.

The last straw is that I must hand wash these tights nightly: an odious eight-step chore.

Looking back, what astounds me is Dr. Robert’s profound lack of curiosity about his interventions’ potential impact on my daily life. He could have anticipated some of the problems.  What symptoms might I develop? How ugly would I feel as a human blimp? And might at least have warned me about what to expect.

And if I’d known the risks beforehand, I could have asked myself which I would choose: uncertainty about a recurrence, or the tedious gamut of lymphedema care?

After this second surgery, friends encouraged me to consult a lawyer about suing. The lawyer explained the difficulties with cases like mine. And I squirmed to think of pictures of my body on a courtroom screen. Frankly, I’m just not the suing type.

In fairness, Dr. Ann affirmed that Dr. Robert’s lymphectomy recommendation was sound. She remained circumspect and uncritical whenever I asked about it. I question only how hard he pushed for it, and how little he said about possible side effects.

I just wanted him to listen. I still wish he would. I fantasize about standing outside his office wearing a sandwich-board sign: “First, do no harm!”

In my perfect world, Dr. Robert would solicit my feedback, listen closely, learn from me and then adjust his methods. Someone else might be spared lymphedema.

And I’d get back my forty-five minutes a day.

The author is an anonymous patient. This piece was originally published in Pulse — voices from the heart of medicine, and is reprinted with permission.

Who's making the decisions about your health care? 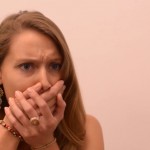