After I read this blog on OpenNotes, I struck up a discussion with a radiologist friend. We commiserate over laws and loopholes in laws that cause system abuse. I am so happy that Obama recommended to close the loophole in the Stark Law in his 2015 budget. That loophole has created some rampant abuse.

I worry about and applaud the possible effects of patients being able to read their notes online. We doctors need our own forum to make notes without worrying about hurting our patient’s feelings. But patients also need to be able to review the discussion in the doctor’s office in their own space, with all of their mental focus. OpenNotes seems like a step in the right direction, but not entirely. We need two spaces. One for the patient, and one for the doctor.

When I was in CT, waiting on a specimen from the lung to review, I was telling the radiologist about OpenNotes. He told me that there is a push to the radiologists for the patient to be able to see their diagnosis online, as soon as it is available, before they have even discussed it with the clinician.

I wrote a post here before, called “Poker Face.” In a nutshell, it was about me accidentally conveying during fellowship a patient’s negative diagnosis by delaying my answer too long when being probed directly by the patient. It was an excruciating experience that taught me to use expert words to delay the fact that I knew someone’s cancer had returned or was diagnosed or had metastasized. After all, I am just a pathologist. I have no treatment options or good perspective on prognosis and treatment.

The radiologist worried, as I do, that all the great tools and information that our oncologists and clinicians have to offer a patient will not be there, in the privacy of their own home, while they are reading the ominous information. He worried aloud that the information might overwhelm them. As he was saying that he mimed a gun to his head. I completely agree.

There is way too much misinformation out there on the Internet and you need an educated professional to reassure and guide you through it. I depend on my mechanic to fix my car. I depend on my accountant to do my taxes. As doctors, our patients need to depend on us to pick them up when all seems lost.

The New York Times recently released a big article allowing patients to look up how much their doctors received from Medicare over the last year. It’s telling information, but muddy. We doctors enjoyed Googling each other to find out who is getting what. Pathologists are at the bottom of the list. If you consider Medicare reimbursement is about 30% of overall practice (in conjunction with private insurance), the information is not enough. It’s a step in the right direction, but like many steps mentioned above, it falls short.

I see the need for change in health care. But the problems are multifactorial, and it will take lots of time and energy to fix them. In the meantime, let’s try to keep a proper perspective to protect our patients. Let’s delve back into the reasons we went into medicine in the first place. To help people, to protect and serve. Don’t give them information in the privacy of their own homes that they aren’t equipped to deal with, or anything that might hurt their feelings. That’s a nasty can of worms that doesn’t need to be opened.

Gizabeth Shyder is a pathologist who blogs at Mothers in Medicine. 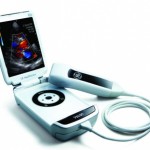 Dealing with all the behavioral conditions of unknown etiology

The promise and peril of OpenNotes
7 comments