I was recently on the Katie Couric Show to discuss integrative medicine. Somewhat ironically, I returned from Manhattan that same day to a waiting email from a colleague, forwarding me a rather excoriating critique of integrative medicine and asking me for my opinion.

The juxtaposition, it turns out, was something other than happenstance. The Cleveland Clinic has recently introduced the use of herbal medicines as an option for its patients, generating considerable media attention. Some of it, as in the case of the Katie Couric Show, is of the kinder, gentler variety. Some is rather less so. Which is the right response?

One might argue, from the perspective of evidence based medicine, that harsh treatment is warranted for everything operating under the banner of “alternative” medicine, or any of the nomenclature alternative to “alternative” — such as complementary, holistic, traditional, or integrative. One might argue, conversely, for a warm embrace from the perspective of patient-centered care, in which patient preference is a primary driver.

I tend to argue both ways, and land in the middle. I’ll elaborate.

But on the other hand, I practice integrative medicine, and have done so for nearly 15 years. And I represent Yale on the steering committee of the Consortium of Academic Health Centers for Integrative Medicine.

Odd as it may seem, I consider these platforms entirely compatible. I did not go into integrative medicine because I believe “natural” is reliably better or safer than “scientific.” I respect the often considerable prowess of modern medical technology and pharmaceuticals. And, frankly, I have never much cared whether a therapy derived from a tree leaf, or a test tube. I have cared about whether it was safe, and whether it was effective.

As an internist taking care of patients for many years, one thing was painfully clear: I could not make everyone better. And while this deficiency might have been my personal shortcoming, it was much more than that. Modern medicine couldn’t make everyone better. We tended to fall down particularly when it came to treating chronic pain, or chronic fatigue. We tended to stumble rather badly over any condition with “syndrome” in the title (as opposed to a “disease,” a “syndrome” is a description of symptoms generally lacking a clear explanation).

Integrative medicine — a fusion of conventional and “alternative” treatments — provided patients access to a wider array of options. So, for instance, if medication was ineffective for anxiety or produced intolerable side effects, options such as meditation, biofeedback, or yoga might be explored. If analgesics or anti-inflammatories failed to alleviate joint pain or produced side effects, such options as acupuncture or massage could be explored.

The array of potential options extends, of course, to herbal remedies and nutriceuticals as well — the apparent focus at the Cleveland Clinic. And, more controversially, it potentially extends to modalities that conventionally trained clinicians find implausible, such as homeopathy or energy therapies. I won’t get too deep into such weeds today, but have done so before.

Here are a few key considerations from my perspective.

1. Evidence is not a reliable differentiator of conventional and alternative medicine. By the standards that now prevail, more than 50 percent of conventional medical practice is not truly “evidence based.” Some years ago, colleagues and I were charged in a CDC grant to chart the evidence related to complementary and alternative medicine. We would up inventing a technique called “evidence mapping,” since adopted by the World Health Organization and applied to an international traumatic brain injury program. Our finding was that in the realm of alternative medicine, some practices are rather well studied, some are understudied and some unstudied. Much like conventional medicine, in other words.

2. To the extent that evidence does differentiate conventional and alternative medicine, it’s often because — in the pursuit of evidence — cart and horse routinely swap positions and money cracks the whip. If the horse pulled the cart, then what gets studied would be what is needed, and what looks promising. But in our world, what gets studied often begins with what can be patented. It now costs nearly a $billion to bring a new FDA approved drug to market. The only rationale for spending that much is the likelihood making back much more — and that only occurs when the product in question is exclusive and propriety, i.e., patented. There is a classic demonstration of the power of this influence.

More than a decade ago, a study of about 50 people followed for about three months was used to “prove” that coenzyme Q10 was ineffective for treating congestive heart failure. At about the same time, a study of nearly two thousand people followed for years proved that the proprietary drug, carvedilol, was effective. The difference at the time was not really evidence — it was money. A great deal more money was spent on the carvedilol trial — because no one can patent coenzyme Q10.

More than a decade later, we now have evidence that coenzyme Q10, when added to standard therapy for heart failure, can reduce mortality by as much as 50 percent. That is a stunning effect for something that has been “alternative” medicine all this time, and was declared useless by the conventional medical establishment. Unless we are willing to practice money-based medicine, or patent-based medicine, we are obligated to recognize that the playing field for generating evidence is not level. It is tilted steeply in favor of patent holders.

3. Evidence is not black or white. It comes in shades of gray. Clinical decisions are easy if a treatment is known to be dangerous and ineffective, or known to be safe and uniquely effective. But what if a given patient has tried all the remedies best supported by randomized clinical trials, but has “stubbornly” refused to behave as the textbooks advise and failed to get better? Or what if a patient just can’t tolerate the treatments with the most underlying evidence? One option is to tell such a patient: See ya! But I think that is an abdication of the oaths we physicians took. When the going gets tough, we are most obligated to take our patients by the hand, not wave goodbye.

To address this very scenario, colleagues and I have developed and published a construct that examines therapeutic options across five domains: safety; efficacy; quality of evidence; therapeutic alternatives; and patient preference. If a patient is otherwise running out of options and is in need, trying something that is likely to be safe and possibly effective — makes sense. If there is something that is likely to be safer and more effective, then that should be used first.

But by recognizing and prioritizing the obligation to blend responsible use of evidence with responsiveness to the needs of patients that often go on when the results of large randomized, clinical trials have run out — we can wind up, inadvertently even, in the realm of integrative medicine. That’s how I got here. The needs of my patients led and I followed. And yes, the wider array of treatment options I can offer working side by side with my naturopathic colleagues absolutely does mean I have been able to help patients I otherwise could not.

Integrative medicine should not involve a choice between responsible use of evidence and responsiveness to the needs of all patients. It should combine the two. We should do the best we can with the evidence we have, but recognize that high quality evidence may start to dwindle before our patient’s symptoms start to resolve. We should resolve to confront this challenge with our patients, not leave them to fend for themselves.

The belief that treatments are intrinsically better just because they are “natural” is fatuous and misguided. Smallpox, botulinum toxin and rattlesnake venom are natural. Nature is not benevolent.

But the belief that conventional medicine is reliably evidence-based is equally fatuous. Much of what we do is simply tradition. And much of the evidence we get is more about money than other imperatives. Often in the world of alternative medicine, the problem is not evidence of absent effects — but a relative absence of evidence, in turn engendered by an absence of patents and financial incentives. The history of coenzyme Q10 is a precautionary tale if ever there was one.

Integrative medicine is not an invitation to supplant evidence with wishful thinking. It is an invitation to a wider array of treatment options, and the prospect of effectively addressing patient need more of the time. Realizing such potential benefits — at the Cleveland Clinic, or anywhere else — requires both open mindedness and careful skepticism. It calls for a holistic view of the full array of therapeutic options, and the recognition that both conventional and alternative medicine are home to baby and bathwater. Differentiating can be hard — and we and our patients should be confronting that challenge together.

The resurgent interest in primary care 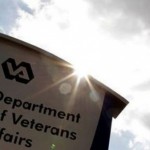