Simple do’s and don’ts. We were now experts of navigating the social media kingdom.

Three years into residency I ran the 2014 Boston Marathon. I was convinced by the Boston Globe to take a selfie at every mile, creating a time lapse of the day. Multiple news outlets had also asked me to tweet every mile, capturing the rawness of the race. I was to be a journalist for 26.2 miles, delivering real time details through the eyes of a runner.

At mile 19 a runner went down. I stopped to help. Due to the quick response of volunteers and bystanders the man was saved. Once the ambulance arrived it was time to continue my race. I made a quick decision, snapping a picture I tweeted: “First responders saved a life. Thank you to those volunteers who save lives at every mile.”

Later that night when going through my tweets I realized I made a mistake. Part of the injured runner’s face was in the picture. I immediately removed the picture from my twitter account.

It was too late.

Boston.com had noticed the tweet, taken a screen shot and published an article. Even though I had deleted the picture, my Internet footprint was permanent.

The criticism of the public was harsh. Here is one of the comments:

“What’s so noble and admirable about stopping running so she can film this unfortunate individual and then tweet it out for his family and friends to possibly see? How is that ‘helping’? Is tweeting in that moment the most important thing to her?”

The unexpected came from my co-workers. One said the following:

“I believe that when we communicate on these forums as physicians we have to hold ourselves to the highest standards of privacy, respect, and dignity, and I worried that the picture of the man crossed a few of these lines.”

I felt sick knowing the unintentional consequences of my tweet had potentially caused harm.

Questions were racing: Had I violated this man’s privacy? Was he considered my patient? Did I do something unethical? Could I get fired for this?

The boundaries had become blurred at mile 19 on marathon Monday.

But I am a physician.

Am I held to a higher standard of moral conduct and professional responsibility, no matter the setting?

Curious about this intersection between social media and medicine I began to investigate.

One of the most famous cases of social media misconduct is the story of Dr. Alexandra Thran, a Rhode Island ER physician. She wrote about one of her patient’s injuries on Facebook. Although she did not reveal the patient’s name, a third party was able to identify the patient. She was fired from the hospital, reprimanded by the state’s medical board and forced to pay a fine.

I took a look at public Facebook posts. Here are some recent quotes from physicians:

“Trauma team couldn’t get back a 1 month old … May god bless you and keep you little baby.”

“Our ER is full of drunk morons who sleep on RVs.”

“Yeah. I’ll rank last night as a top three most disastrous night. Six MICU admissions. One death. One ECMO. Two other codes. Way to go out with a bang.”

Do these statements give away patient information? Should these physicians be fired for what they wrote? Are these unethical statements?

In 1847 (prior to Facebook) the American Medical Association gathered in Philadelphia and adopted the world’s first code of medial ethics. Much of it is not applicable to 2014 but one message prevails: “There is no profession, from the members of which greater purity of character, and a higher standard of moral excellence are required, than the medical.”

If you ask today, most doctors will still say they feel their profession requires the highest standard of moral excellence. But how does that moral excellence translate into social media, especially when we are out of uniform and not on duty, say on mile 19 of a marathon.

What I did on marathon Monday technically was not wrong, but ethically it was a mistake. As physicians we should be conscious of our actions and deliberate in our meaning in any setting, whether on Facebook, Twitter, radio, a blog, or while running a marathon. Facebook is not a place to vent feelings about horrible overnight shifts. Twitter is not a place to post pictures of those who are injured. Blogs are not places to distribute reckless information.

As I continue to explore what social media has to offer the world of medicine I may make more mistakes. But If I am deliberate, mindful and meaningful in my message perhaps no harm will come to those I vowed to protect.

Natalie C. Stavas is a pediatric resident and can be reached on her self-titled site, Dr. Natalie Stavas, and on Twitter @nataliestavas.

When we torture our patients 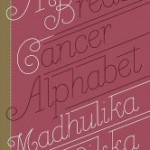 The ethical dilemma of being a runner, doctor and journalist
10 comments