While grappling with the costs and imperfections of our health care system in recent years, a multitude of experts in the field found it useful and enlightening to compare health care to a variety of more familiar industries, and to suggest that health care should adopt operational models that have been shown to work well in those other industries.

From the financial industry, we learned that health care must be computerized. From the restaurant industry, we learned that health care must be standardized. Observing Starbucks, we concluded that clinicians must be taught a few things about customer service. Aviation brought us safety manuals for medical procedures, and NASCAR informed us about the superior power of disciplined teams of workers. The history of agriculture provided important lessons on government’s role in creating bigger and more efficient producers, and from the history of manufacturing we learned everything else we needed to know, from Six Sigma to lean Toyota to focused factories, and how innovation must begin with cheap products and services that are good enough for all but the wealthy and the narrow minded.

As many of the lessons learned from these industries are being applied to health care, the results are starting to come in and most are shockingly disappointing. A group of researchers from Stanford University is reporting in the May issue of Health Affairs that “an increase in the market share of hospitals with the tightest vertically integrated relationship with physicians — ownership of physician practices — was associated with higher hospital prices and spending.”  A Harvard University paper in the same issue of Health Affairs is predicting that “ACA reforms could result in an additional 4.4-percentage-point increase in profit margins for hospital-based EDs compared to what could be the case without the reforms.” A very large study in Canada recently published in NEJM, found that “[i]mplementation of surgical safety checklists in Ontario, Canada, was not associated with significant reductions in operative mortality or complications.”  And yet both vertical integration and ACA reforms are continuing at a brisk pace.

Back in 2012, a large national study from UC Davis, published in JAMA Internal Medicine, found that “higher patient satisfaction was associated with less emergency department use but with greater inpatient use, higher overall health care and prescription drug expenditures, and increased mortality.” A more recentJAMA Surgery study from Johns Hopkins “suggests that patient satisfaction is not related to standard process-of-care measures that have long been used as markers of surgical quality.”  Also in JAMA Internal Medicine, researchers from the University of Chicago reported that in their study “71.1% of patients preferred to leave medical decision making to their physician” and the remaining 28.9 % of patients who preferred to make their own decisions “had increased LOS of 0.26 day and increased costs of $865.” Patient experience surveys are quickly becoming mandatory and the “patient decision aids” industry is booming.

Yes, the findings in almost every article cited above have been disputed, and a few generated notable literary altercations, none more acrimonious though, than the technology wars. Two years ago a study funded by the Agency for Healthcare Research and Quality (AHRQ) found that physicians in hospitals spent approximately an hour and a half each day interacting with EHRs, and that 16% of their notes along with 38% of nursing notes were never read by anybody. A year later, the American Journal of Emergency Medicine published a study showing that great strides have been made, and in the ED, 43% of physician time was spent interacting with EHRs and 28% was spent interacting with flesh and blood patients. A fascinating new paper from researchers at Northwestern University studied the gazing patterns of doctors during office visits and found that “physicians with EHRs in their exam rooms spend one-third of their time looking at computer screens, compared with physicians who use paper charts who only spent about 9% of their time looking at them.” The market for analyzing all the data collected in lieu of patient care is “poised to skyrocket” from the current $4.4 billion to well over $21 billion by 2020.

In a hot off the presses opinion piece in JAMA Internal Medicine, paid for by a charitable organization controlled by Sutter Health, the venerable Dr. Thomas Bodenheimer is advocating more substantive delegation of clinical tasks to medical assistants who, as a group, are “ethnically and linguistically diverse, and culturally concordant with a variety of patient populations” (I absolutely adore the English language), in order to meet increased demand for primary care and allow clinicians to “see more patients per day.” Predictably, Dr. Bodenheimer concludes that the “enhanced roles for medical assistants is an innovative approach.”

Another innovation that is so new and exciting that University of Chicago researchers decided to write a Health Affairs paper about it even before study results were available, consists of primary care doctors who will be admitting and caring for their own patients when hospitalized. The grand innovation here seems to be that patients must first become very sick, presumably for lack of proper medical care, and then and only then, do they get a comprehensive care physician to follow them through the numerous hospitalizations awaiting them. It is comforting to read that this oddly retrograde approach is not posing any theological difficulties with the Holy Scripture of health care reform — The Innovator’s Prescription — which is the embodiment of all we need to learn from retail, manufacturing, technology, etc.

There is no need to shake your head in utter disbelief, because there are very simple explanations to this cacophony of Casino style fun and games, where we all serve as chips and tokens. Yes, money is one explanation, but not the only one. It seems that in a headlong rush to fix things, many people with basically good intentions overlooked a few salient linguistic details.

First, the Marx-Schumpeter paradigm for capital accumulation is called “creative destruction,” not destructive creation, which means that before you take the wrecking ball to what is already there, you must have the new and tremendously improved stuff, working and spreading like wildfire.

Second, “disruption” is a retrospectively affixed label to a novel business idea that worked surprisingly well, not a prospectively self-ascribed title used for everything people do after they have coffee in the morning.

Third, business models conceived with an intention to defraud the public are commonly referred to as embezzlement, corruption, larceny or felony in general, and only rarely are they hailed as “innovations.”

With so many divergent opinions on what ails health care and how to best provide a cure, can we maybe start by agreeing on the terminology we use to disagree with each other? 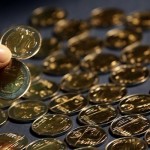 What distinguishes a sincere apology from the rest?