If you live in the rural U.S., you probably face relatively limited access to the wonders of American health care.  There won’t be as many physicians per capita offering you their services.  This paucity of health care professionals will be especially stark for subspecialty care.  There are not many ENT specialists opening up shops in rural Texas when they can find jobs in Houston or San Antonio.

This undersupply of physicians has long caused medical experts to fret that rural patients receive too little medical care.  As a team of researchers pointed out in a recent article in Health Affairs, Medicare has responded by providing a financial incentive to rural health care providers, boosting their payment to encourage physicians to locate in such areas: “In the aggregate, Medicare pays rural providers $3 billion more each year in special payments than those providers would receive under traditional payment rates.”

These researchers are skeptical that such payments are working as intended.  They analyzed health care use across the U.S. to see whether, all else equal, rural patients receive fewer Medicare services than their urban peers.  Their results raise serious questions about the idea that such patients are underserved: 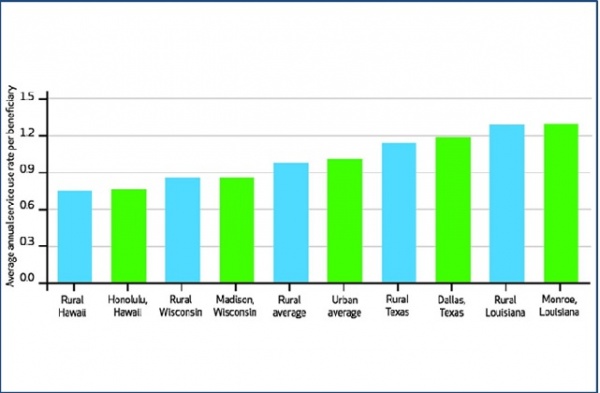 On average, rural patients received just as much care as urban ones.  This similarity in use could signal that the Medicare payment incentives are working as intended.  But across regions of the country, the researchers found some locations receiving much more medical care than others, and some receiving less.  And the distinction between rural and urban didn’t have any power to predict whether patients received more or less than the average amount of care.  The researchers concluded that: “Medicare should not use rural location as a proxy for low service use or lack of access to care.”

I’m not confident that there is a workable way to fix the problem of getting all Americans equal access to specialty care.  I’m also not convinced that this study proves that current reimbursement schemes are too generous to rural health care providers.  I would like to think that, someday, we will have sophisticated measures of health care quality and appropriateness, measures that will allow us to pay providers handsomely for providing the right care, of the right quality, to the right patients.  In the meantime, we will be forced to make imperfect reimbursement decisions.

My question to you readers: Do you think the current rural provider bonus payments do more good than harm? 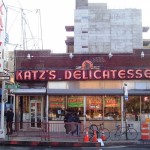 Do patients care about how much money their doctors make?