Susan was 76 and dying at home in the days before hospice and before the use of the POLST form.  A neighbor came in the relieve Susan’s daughter who went to the store.  Suddenly Susan stopped breathing and the neighbor called 911.  The medics came and, not having instructions to the contrary, did CPR and brought her to our ER unconscious and intubated.  The ER physician called me in the ICU saying, “We got a sad situation here.”  He explained what happened and that the daughter, who finally found mom in the ER, was distraught saying, “None of this should have happened.”

We let the patient die in the ER, had social service work with the family.  The medics were upset that they’d performed CPR (“medical last rites”) in such a patient.  The ER wasn’t pleased to have a patient die there but a hospital admission seemed pointless.

The POLST (physician’s orders for life sustaining treatment) was pioneered in Oregon in 1991 and has gradually worked its way state by state so that about 26 states now have a POLST statute.  It has been validated in Oregon to be effective in honoring a patient’s wishes.  The medics I have worked with have praised the POLST form because it tells them exactly what to do, or not do, if they are called and the form is available.

The POLST is most commonly advocated for those expected to die within a year or the very frail elderly.  The form translates the patient’s values and wishes into actual medical orders which will be honored by 911 responders.  In Washington the form must be signed by the patient (or surrogate) and the medical provider.

But it’s not without controversy and the criticism sounds much like the fear over death panels which has, gratefully, died away.  Conservative Catholic bishops in Wisconsin and a few media sites have warned of the dire consequences of POLST forms.  Their criticism implies that they are do not resuscitate forms that also withhold antibiotics, fluids and nutrition.  Actually the forms do allow for a wide range of choices from full care, limited care, or comfort care.  They are intended to put the patient’s wishes into real time medical orders.  They can be revoked by the patient or surrogate if circumstances change.

Recently, I gave a talk about advance care planning to a well known retirement community in Seattle.

“How many of you have completed your living will and power of attorney for health care?” I asked.  80 of 80 responded positively.  But the surprise was that 70 of 80 had completed POLST forms.  These were folks probably from their mid seventies up into the 90s but all were in independent living (no assisted living, etc.).

To me this is a surprising use of the POLST form and goes beyond its initial intention.  Do all of the 75 year olds really know their wishes about a ventilator for pneumonia, or CPR, etc?  Of course the POLST form can say, “do everything” but then it becomes redundant.  Also, in a practical sense how is the POLST form going to be reviewed or retrieved if the patient is in the dining room or gym or out shopping?  Registries can be tried but real-time access is needed in the acute situation for the POLST to prevent unwanted CPR (hence bright color is used so the medics can spot it).

Even with this latter concern of mine, the benefit of the POLST is huge.  Recently, the National Association of Medical Directors endorsed the POLST,  But becoming mainstream in our rather broken heath care “system” in the USA will require more time for the POLST.  We can only hope that the remaining states can learn from the pioneering efforts in Oregon.  It indeed honors patient autonomy and choice.  And the states where the POLST is currently used, should have oversight and guidelines for appropriate use. 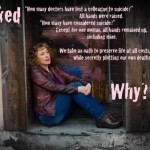 Hospitals are part of who we are

When the POLST form is controversial
2 comments