On a Thursday in April, my practice upgraded its electronic health record to the next version, the “latest and greatest” with more features, as well as compliance with meaningful uses 2 through infinity. That was the good news. The bad news was that it meant that our EHR would be unavailable for what was supposed to be several hours, but turned out to be two and a half days.

We prepared for it as best as we could by printing out basic information that we thought we would need to continue seeing patients, since in the world of private practice, you don’t shut the office down for a computer upgrade. We printed the last couple of visit notes and most recent labs. A limited number of users in each office had “read only” access to the old version of the software in case there was an urgent need to look anything else up, plus we could access laboratory information, prescription data, and demographic information through the statewide health information exchange.

Despite all the contingencies and preparations, the bottom line was that we were going into the exam room with paper in hand, just like the old days, and without access to most of our patients’ information. While I don’t recommend an exercise like this one for everyone, it did serve to teach me to appreciate what I had, as well as what I used to have.

It did not surprise me that the thing that I missed the most was the ability to quickly look for old labs, review previous visits, and read consultant notes in the EHR. In the old days, I would leaf through a paper chart, but it was much faster to do so on screen. Similarly, knowing a patient’s status regarding preventive tests was more difficult without the EHR. While we complain a lot about computerized physician order entry and electronic prescribing, the sense of nostalgia for the old prescription pad did not offset the hassle of extra work when I had to prescribe or order tests in longhand.

What I found eye opening was that once I got over the angst about not having the same degree of access to data that I was accustomed to, I felt much more at peace during my visits without the computer in the room. I was clearly multitasking less, since the ability to see and enter more things on the EHR made me look at and enter more things on the EHR, all while talking to the patient. While I am a pretty fast touch typist who can make eye contact with the patient while typing, not having to type at all made even that minor distraction go away. To keep track of what I did while the EHR was offline, I just jotted down the bare minimum on a form that my practice developed for this occasion for use when I documented the visit later. This also took far less time than what I was doing at the keyboard with the EHR.

Instead of waiting to document my visits until the EHR was operating again, I decided to go back to what I did before 2006, which was to dictate an old SOAP note using voice recognition. Later I would cut and paste the various sections of the note into the right places in the EHR. Normally, I would have dictated directly into the EHR, pausing to click in the right place, then resuming my dictation. However, the ability to go through my complete note nonstop without pausing to click in the right box seemed easier and better allowed me to collect my thoughts.

So what did I learn from this unplanned lesson? First, I realized how much I missed the access to data that the EHR provides. While I had other ways to get the information, having it all in one place without my having to log into different places or search through paper was valuable. Also, the ability to track things that I could never track using paper flow sheets and problem lists is another value of the EHR. On the other hand, even for a fast typist, seeing a patient with an EHR adds distraction. Even if the patient doesn’t feel that the computer is intrusive (and many do), not having the EHR made me appreciate how intrusive it is.

Then again, I realized that we weren’t making 100% eye contact in the pre-EHR era either, since I found myself leafing through the few pages of old information that I did have, looking for things while talking to my patient. The ease of dictating a note from start to finish without having to stop to click boxes, as I did for those couple of days, also reinforced my belief that refining natural speech recognition so that one can document a visit by dictating it and letting technology put the information in the correct EHR field would make it easier to document a visit. The new version of the software that we now have is supposed to offer something that comes close to this.

What this experience did not do was convince me that we made a mistake by going to electronic health records. However, it did reaffirm my belief that we have a way to go before it becomes the true helper that it was supposed to be in the first place.

Doctors and nurses are being overloaded with menial tasks 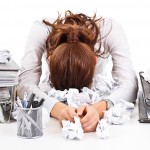 What do European doctors say about our guidelines for statins?