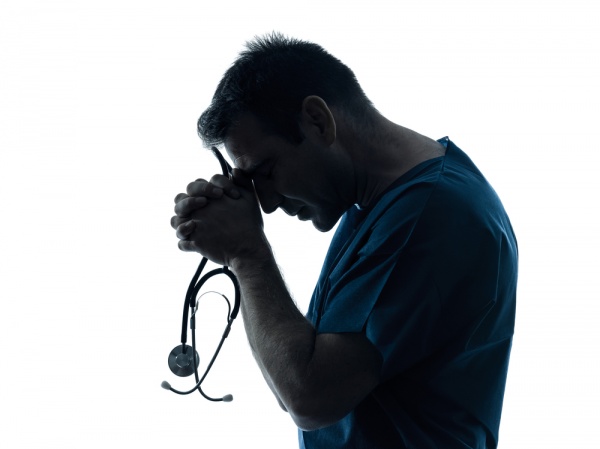 Is being a physician a good gig, or not?

In a piece that’s gone viral, internist Daniela Drake writes a strongly-worded column in the Daily Beast about how miserable it is to be a physician:

To be sure many people with good intentions are working toward solving the healthcare crisis. But the answers they’ve come up with are driving up costs and driving out doctors.  Maybe it’s too much to ask for empathy, and maybe physician lives don’t matter to most people.

But for America’s health to be safeguarded, the wellbeing of America’s caretakers is going to have to start mattering to someone.

And she brings up many points that have been expressed here: the paperwork, the eroding respect from the public, and the increasing burdens of maintaining certification.

I’m quoted in the piece, adding, “there’s a media narrative that blames physicians for things the doctor has no control over.”  That partly comes from the tension between health policy experts and physicians that I’ve written about previously, combined with the fact that there are relatively few frontline physicians writing in, say, the New York Times.

That’s why I spend as much time as I do building KevinMD.com into a visible, influential platform where the public can hear the physicians’ voices framed from their own perspective, rather than feed the doctor-bashing narrative that pervades much of health coverage today.

Pediatrician Aaron Carroll disagrees, however, saying that being a doctor is rewarding, not many physicians are quitting, and applications to medical school are at an all-time high.  It’s a typically progressive worldview that tends to discount many of the issues that physicians face.

While “physicians complain far more, and far more publicly, than their situations warrant” according to Dr. Carroll, staying silent and taking their “beloved” public status for granted isn’t an option.  Attacking physicians is low-hanging fruit for those who have the megaphone and influence of major media platforms.  Doctors often don’t fight back: They’re either too busy with patients, or don’t have the media contacts or savvy to offer a rebuttal. And losing the ability to frame the conversation will cause our public respect to deteriorate more than it has already.

So it’s important to have the conversation on physician dissatisfaction.  It’s important to discuss the cost of medical education, physician burnout, and the myriad of paperwork and bureaucratic mandates that obstruct doctors from giving the best care they can to patients.

Left unchecked, the physician profession will become completely demoralized.  Whether you care or not, it matters.   Demoralized doctors are in no position to care for patients.

The role of integrative medicine in primary care

Why you need to hear from miserable doctors
146 comments