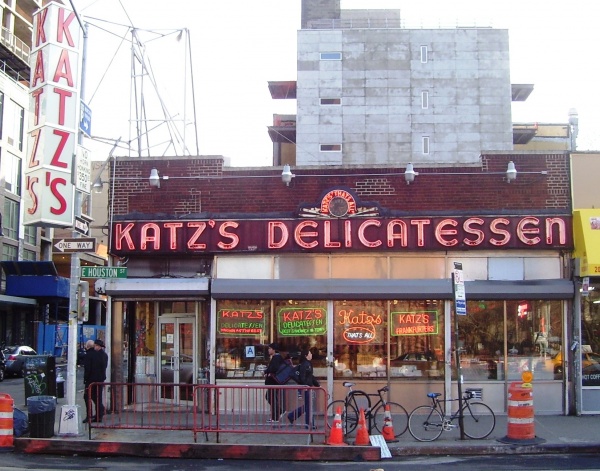 Sometime during the last year of the second millennium, I wrote my last letter in response to the last letter I have ever received. It’s been email ever since. I don’t recall making a conscious decision to stop writing letters. It just happened. I cannot pinpoint the exact date when my work memos, agendas, proposals and various notes, disappeared from my desk as if swallowed whole by my laptop. They just did. I still have lots of papers lying around, but I recently noticed that I don’t have any pens.

Now, I will let you in on a little secret. I can’t type. I have written tens of thousands of lines of code, thousands of emails, business plans, presentations, contracts, white papers and blogs, typing with one finger. I like it this way. I use everything Microsoft Office has to offer, but only ten percent of functionality, or maybe even less, and I use it all day long. I don’t know anybody that uses computers the way I do. There are times when I have to interact with proprietary software that I did not choose, to complete tasks I don’t care about, and invariably, no matter how slick that software is, I hate it. Basically, I hate everything other people make me do.

There is a mantra that never fails to materialize whenever EMRs are discussed, which says that EMRs were built for billing, and that’s the reason why so many doctors dislike their EMR. I beg to differ. The template option of documenting a patient encounter was built for billing, but the remaining 90% of the EMR was not.

But then, most of what doctors do with EMRs is documenting encounters with patients, and when you get ready to do that, invariably the dreaded screen, full of checkboxes and drop down lists, opens up in its unparalleled glory. This was built for billing. Look at that screen a bit closer, and you will discover that everything that was built for billing is actually optional. You could type, with one finger if you wish, three sentences, and be done. In most cases you could dictate five sentences right then and there and be done. The computer is not going to detonate on your desk if you don’t click the “normal” box to load seventeen pages of PERRLA EOMI into the note, and the police are not going to barge through the door if you don’t choose medically necessary ICD-10 and CPT codes.

You could document your encounter precisely the same way you documented it twenty years ago, maybe using Dragon instead of a little dictation gizmo, and heck, you could use a pen on a piece of paper and let Mary “attach” it to the visit note later, because the EMR will let you do that too. You got paid before you ever laid eyes on an EMR template, and you will continue to get paid if you never use one.

Yeah, well, no, you really can’t do that. Why? Because “other people” are making you do things you don’t want to do, things you don’t care about, and they are using your EMR to enforce their will on you. And if you are anything like me, you will hate that EMR, no matter how much usability and functionality has been baked into it. This probably explains a good chunk of EMR dissenters, but it does not explain everything, because just like most things in life, righteous opinions have more to do with luck and random events than with absolute truths.

First thing to observe is that medicine is, or was until recently, a complex set of personal services. A personal service is a service provided by one human being to another, and as such differs greatly across endless dyads of people engaged in providing and receiving a service, and across the spectrum of services (think hairstyling). When you attempt to mediate a personal service with a canned computer program, you will find that sometimes the software fits in like a glove, and other times it fits in like an elephant in a china store. The rest is just a matter of degrees. Simple probability ensures that there will be doctors for whom a given EMR is perfect, in most cases right out of the box. If luck has it, and they happen to buy, or be given, that one EMR, they will be content. If in addition to lucking out on their EMR choice, their personal style of service happens to match those things that “other people” want them to do now with their EMR, you will have a bunch of very happy campers. And extremely happy campers have a tendency to turn into evangelists.

At the other end, you have the folks who drew the wrong fitting EMR, and whose personal service style is diametrically opposed to the new paradigms, sometimes to the point of completely eliminating EMRs from consideration. This group is where the prophets of doom reside, along with a silent majority keeping their heads down, constantly looking for escape hatches. In between the singers of odes to joy and those contemplating professional suicide, there are hundreds of thousands of physicians with milder feelings about this entire state of affairs, and some are eloquently vocal.

The ones I find most intriguing are the producers of bipolar and often schizophrenic narratives about the grim reality of being turned into “data entry clerks” by mandated use of technology that “is not ready for prime time,” while wholeheartedly supporting the speedy transformation of medicine into a big data business, which is the multifactorial silver bullet for all that ails humanity.

And this magic silver bullet is blocked from firing because of the second EMR mantra which states that EMRs “can’t talk to each other.” Presumably once EMRs begin talking to each other, physicians would be free to enjoy the wisdom of big data without the inconvenience of generating it. Sort of like having your cake and eating it too. Alas, big data’s elements are the building blocks of EMR linguistics and are a prerequisite to having EMRs talk to each other. Thus the agony of collecting mountains of structured data elements for payment purposes is being replaced now with the misery of collecting troves of structured data elements, which include, but are not limited to, what is required for billing. One would think that we could slow down and let technology evolve at its normal pace, and let doctors pick and choose how much EMR they want to have for breakfast, but we really can’t do that anymore, because we no longer control the process. Big data business does.

I just looked up from my keyboard and saw my son watching a TV program where folks seemed to be searching America for the best sandwiches. They were at Katz’s Delicatessen in New York. Katz’s Deli is a family business, established in 1888 and passed down through several generations. They make and serve pastrami exactly like they did in 1888. They even slice the meat with a knife instead of the latest slicing machine and insist that it’s better that way. Katz’s Deli, and the handful of other establishments like it, managed to survive the mass destruction of the mom and pop sandwich business by the mass creativity of Subway. Maybe they were lucky and maybe they were also a bit smarter. Every owner of every shop on that TV show was wearing an apron, serving customers and addressing them by their first names. Every owner, and every interviewed customer, said that deli meats are really about long term relationships and pride in handmade personal service.

During WWII Katz’s Deli began a tradition of sending salami to the boys in the army. Today, Katz’s Deli will “Send a Salami to Your Boy in the Army” straight from your computer screen, because Katz’s Deli has a website and you can shop online for some things. I am certain they have computerized cash registers too, but they insist on marinating, spicing and smoking and slicing every bit of pastrami by hand, right there on Houston Street.

See, Katz’s Deli uses computers like I do. They take the ten percent that seems useful, the ten percent that doesn’t alter the essence of their art, and never bother with the rest. And business is booming, because Katz’s Deli discovered the only way to survive Schumpeter’s gale (which by the way describes how capitalism dies by marching from crisis to crisis in a doomed quest for more thorough exploitation of the masses), and beat back the armies of creative destructionists with a stick. You have to be really good at what you do, and you have to want to be the best at what you do, and you have to carefully add a dash of good technology to bring your personal flavor out.

Do rural provider bonus payments do more good than harm?

What health care can learn from Katz’s Delicatessen
30 comments