Interpreting studies is a dicey thing. Often I find what might be statistically significant translated into headlines that might not really get at the nuance of the study or the results.

Take these three for example:

The first line of the last article: “Need a boost to your sex life. The magic could be in a little pill?”

Let’s look at the studies referenced by these three headlines.

The same goes for the IBS drug, an antibiotic called rifaximin. In the article a physician says that many participants ”say they are 80% improved, 90% improved, that kind of results …”

Looking at the studies, TARGET 1 and TARGET 2 we see that 41% in the drug group were responders versus 32% of the placebo group (which is pretty poor overall if you ask me as a known placebo improves the symptoms of IBS for 59% of patients)! Might a few of the responders felt dramatically better? Is that “many”? I guess it depends on your perspective, but understanding that only 9% of people were true responders puts the findings in a  different light.

And flibanserin? Again, the same type of numbers. The initial studies quoted as “magic” actually showed animprovement for 30-40% of women who took flibanserin versus 15-30% for placebo. Overall, there was an increase in 1-1.8 number of satisfying sexual encounters a month. In my very unscientific study (a poll from a couple of weeks ago) it appears that 78% of people didn’t find those numbers clinically meaningful either. 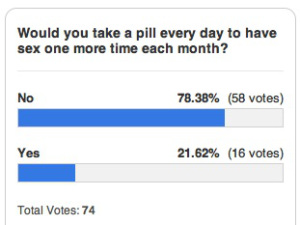 There is no doubt that each one of these studies has statistical significance. When studying any therapy that is obviously the first step, however, statistical significance is often parlayed into miracle headlines and the promise that a drug is truly helpful is tempered somewhat when you compare it with the placebo response rate.

It behooves everyone not to get caught up in the hype and to put the results in perspective. When a medication helps 65% of people versus 25% for placebo the medical decisions tend to be easier (and by the way, that is more along the lines of what I’d call a miracle response rate, not 40% versus 32%).

If no previous therapy has worked for a condition before then 7 responders out of 100 might truly be a miracle. If a patient has not responded to any previous therapy then 7 responders might be worthwhile. If the medication is extremely low-cost and has minimal side effects, then 7 responders out of a 100 might seem reasonable for many people. However, if the medication is expensive and/or has side effects then obviously the enthusiasm needs to be tempered. The response rate to a medication is part of the risk benefit ratio and every patient that will be different and is controlled by variables such as severity of illness, response to previous treatments, impact of the condition on their life, and previous experience with side effects and cost.

Statistical significance doesn’t mean something works for everyone and it doesn’t mean a therapy is a miracle, so reporters and health care providers need to stop intimating that it does. Statistical significance simply means the likelihood that the desired effect was achieved by chance. The next and far more important step is interpreting those results and applying them in a clinically meaningful way, but those kinds of discussions probably don’t generate sexy, amazing headlines. 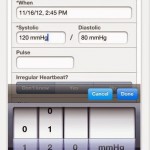 Choosing a perfect residency: What goes into a rank list