Two big studies have been published in the last few weeks, both of which have confirmed previous data: home birth is not as safe as hospital birth. These studies show that having a baby at home increases the risk of your baby dying by about 4 times. That really is a big increased risk — especially considering that most home births are supposedly low-risk pregnancies. Those babies should be less likely to die.

From the January 2014 issue of the American Journal of Obstetrics and Gynecology comes a study of over 10 million babies born in 2007-2009. This study looked only at term deliveries, excluding small babies and twins and babies with congenital anomalies (that’s now the preferred term. We don’t really say “birth defects” any more.) The babies were then divided into groups by the setting of their delivery: in a hospital, in a free-standing birth center, or at home. The results are stark. The neonatal mortality among babies delivered by a midwife in a hospital was 3.1 per 10,000 births. For midwives delivering at home, the death rate was 13.2 per 10,000 (about four times the hospital risk.) There were far more babies born in the hospital than at home, but plenty of home births were analyzed, including over 48,000 by midwives. This was a large study with a reliable data set cross referenced from CDC data, and if anything it underestimates home birth mortality because babies transferred to the hospital because of complications during home birth counted as hospital babies.

The second January 2014 study came out in the Journal of Midwifery and Women’s Health. This study did not have a built-in comparison group — it collected data only from women intending to have a home delivery by midwife from 2004 to 2009. The authors looked at many outcomes, including whether the babies successfully delivered at home, Apgar scores, and their use of medical interventions. The overall intrapartum death rate was 13 out of 10,000 — and that includes only deaths during labor itself (not including babies who died shortly after birth.) Note that the death rate, 13 out of 10,000, just about matches the death rate for home midwife births from the ACOG study, which was 13.2 per 10,000. Though this study had no built-in comparison group, the rate is much higher than the hospital death rate from the ACOG study. And, again, the four-fold increased death rate is very likely an underestimate — this number does not include babies who barely survived delivery and died shortly afterwards. Also, data submission was entirely voluntary, capturing only 20-30% of home births. I’m thinking that midwives who delivered dead babies may have been somewhat less motivated to submit their data.

Though the total number of deaths was not large — the vast majority of deliveries in either setting were successful — a four-fold or more increase in death risk is not something I think most families would consider acceptable. The fact of the matter is that obstetric complications are not always predictable, and that hospitals are the place where medical interventions can be done quickly. These studies concerned deaths, but keep in mind that for every dead baby, there are many more that suffer brain damage with lasting handicaps.

Based on these and other good, large studies, a hospital birth dramatically improves the safety of delivery compared to having a baby at home. Further studies could improve the safety of home births — by developing stricter criteria to limit home births to the lowest risk pregnancies, and by making sure that home birth midwives are qualified to handle complications. But even in an optimal home birth situation, with a very competent midwife, some mothers and babies will suffer complications like massive bleeding or strokes or placental separations or umbilical cord catastrophes that will require near-instant hospital assistance to help mom and baby survive. Sometimes, there just isn’t time to wait for an ambulance.

If you want the safest choice for your delivery, choose a hospital. And then bring your healthy baby home. 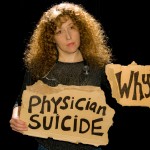 Where is the safest place to have a baby?
19 comments