The primary care physician (PCP) should be the backbone of the American healthcare system. But primary care is in crisis — a very serious crisis. The first statement is my considered opinion and I will attempt to convince you of its truth. The second sentence is a simple fact.

Accounting for only 5% of all health care expenses, the PCP can largely control the “if and when” of the other 95% and hence can be the one to best affect quality of care and the totality of costs. This crisis limits the effectiveness of the primary care physician such that care quality is nowhere near what it could be or should be and the costs of care have skyrocketed.

This crisis is the most pressing and frankly most urgent issue in health care delivery today. Healthcare delivery must be restructured — now — so that everyone but especially older adults with multiple chronic illnesses can obtain quality, compassionate, cost effective care. And this means having a committed primary care doctor who has the time along with the knowledge and experience to deliver the care needed.

This is the first of a series on the crisis in primary care that will appear on KevinMD.com over the coming weeks and months.

To be effective, the PCP needs, of course, to be well educated, well trained and up to date. This is necessary but not sufficient. He or she can be more effective with an appropriate team approach that puts the patient in the center of the equation — the patient centered medical home concept. He or she also needs to be a deep listener and needs to think extensively. Listening and thinking require time and for those patients with one or more chronic illness, the PCP needs to quarterback all of the other providers involved with the patient’s care. This also takes time. Time is the element that has been lost in the past decade or more for the PCP. Without the time to listen, the full picture of a person and their illness does not emerge. Without time to think, the diagnostic process suffers immensely. Without time to listen, the PCP is no longer a healer but rather a well-paid care giver. Without time to think, the PCP is quick to send the patient off to a specialist. Without time, the opportunity for outstanding preventive care is diminished. And without time to coordinate all of the specialists and other providers that are required for someone with a serious chronic illness, the care becomes disjointed, quality suffers and expenses rise.

A patient story may help elicit the meaning and the depth of the problem.

Monica is 68, married, retired, on Medicare and in generally good health. She has a PCP who she sees intermittently. She began to have a strange sensation in her right chest described as a sort of shooting sensation, almost electrical or vibrational in nature that stretches from high up in her right mid chest down as a narrow line over her rib cage and just onto the abdomen. It seems to be immediately under the skin. It starts intermittently and ends at no set time. There is nothing she has found to make it start nor stop. She visited her PCP and offered this description, adding that she was concerned that maybe it was her heart. The doctor asked additional questions and did an exam and an electrocardiogram. All were normal save the description of the sensation.

The PCP was now about out of time for that 15 minute visit. Here was a fork in the road, two paths to choose between. Given that Monica was concerned about her heart, the PCP chose the path to send her to a cardiologist for further evaluation. The cardiologist found nothing abnormal but nevertheless suggested a stress test and an echocardiogram. Both were normal. The cardiologist suggested since the sensation crossed over to the upper abdomen, maybe it would be a good idea to see a gastroenterologist. The GI doctor found nothing. Nevertheless he ordered a CT scan of the abdomen. All was normal except that in her uterus there was a small cystic structure. The radiologist read it as a probably benign cyst but — feeling the need to be cautious — recommended Monica visit a gynecologist. The gynecologist also said it looked benign but just to be on the safe side, she could remove it. Monica would be out of the hospital the same day and feeling fine in a day or so! The cyst was just that, a benign cyst. Monica still had the strange sensation in her chest and no one had found an answer for her.  But given that it seemed to run in a line with an electrical sort of feeling the gynecologist suggested that maybe it was a nerve issue. So she visited a neurologist who of course found nothing, commenting that nerves run around the chest, not up and down.

Monica illustrates the problem so common today in primary care. The PCP did not truly listen to the patient. And he did not stop and think the issue out carefully. He had no time because there was a waiting room full of patients and he needed to see about 24 to 25 each day. So instead, he took the easier path and referred the patient to a cardiologist since this seemed at least logical given that the strange sensation was in the chest and the patient was personally concerned about heart disease. Had he followed the other side of the fork in the road and had listened long enough and then thought about it he would instead have concluded that the patient was hypersensitive to minor — albeit real — sensations. He would have offered reassurance that it did not represent a life concerning ailment. He would have said that it was real but of no concern. He might have offered a few weeks of a low dose anti-anxiety medication, offered further reassurance and told her to return in two weeks for a follow-up. At the follow-up he would have explored the issues producing anxiety or stress in her life — financial, marital, a disruptive child, an overbearing in-law. Had he done so he would have soon discovered that Monica was deeply concerned and feeing guilt about a family issue. What Monica really needed was assistance to overcome her sense of guilt and shame — not months of specialist hopping. Anxiety and stress are often components associated with a physical symptom and these can only be addressed with more time to carefully listen and then time to respond with suggestions.

But this was not the way it was to be for Monica. She was shipped from doctor to doctor, test to test, even an operation yet with no one really listening enough to figure out her problem. All each specialist could do was say it wasn’t in their “organ system” and left her with a sense of floundering and without a sense of closure from any physician. Each one said it wasn’t in their sphere — not the heart, not the stomach, not the nerves, etc. And the “surgery went fine.” But she still had the unpleasant sensation. So it resulted in far less than adequate medical care and obviously cost a king’s ransom. Neither was necessary. But that is what all too often happens today. And, I assure you, Monica’s saga is not uncommon.

Monica’s experience is all too common and results largely from the PCP’s lack of time — time to listen and time to think. The result is less than adequate care, certainly not humane care, not healing care and very high costs.

In the next post, I will address the causes of this crisis in primary care.

Are you a victim of patient profiling? 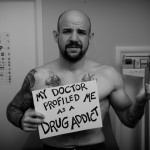 5 ways to improve the adoption of medical apps

The meaning and depth of the primary care crisis
50 comments