A version of column was published in USA Today on January 19, 2014.

Over half of physicians today use electronic medical records, thanks to the federal government spending more than $22 billion dollars incentivizing providers to transition away from paper charts.  Supporters of digital records, including President Obama, say they improve patient care and reduce health costs.  Having navigated a transition from paper charts to electronic records in my own practice, I wonder whether those claims are really true.

I’m not alone in feeling this way.  A Rand Corp. survey released last fall found that many doctors were unhappy with their digital record systems, saying they interfered with face-to-face patient interaction.  During the initial phase of my conversion to electronic charts, some patients commented that I often spent more time typing on a computer instead of talking to them. I no longer bring a laptop in the exam room because of that feedback.

Relative to intuitive touch-based smartphones and tablets commonly used today, electronic medical records are generally antiquated programs that are cumbersome to use.  Most force providers to spend more time than ever staring at a computer screen and clicking checkboxes with a mouse to satisfy onerous billing and administrative requirements that do little to help patients. For instance, it takes me over 50 mouse clicks, all while scrolling through dozens of screens, to document a straightforward office visit for a sinus infection.  Refilling a single prescription electronically, which I do over a hundred times a day, takes over 10 clicks.

In fact, more time in front of computers means less time for patients.  An American Journal of Emergency Medicine study found that emergency physicians spent 43% of their time entering data into a computer, compared to only 28% of their time spent talking to patients.  During a typical 10-hour shift, a doctor would click a mouse almost 4000 times.

Doctors in training have it worse.  Researchers at Johns Hopkins University School of Medicine found that medical interns spent just 12% of their time talking to patients, or about 8 minutes a day per patient, but more than 40% of their time on a computer filling out electronic paperwork.

Such hurried interactions not only impede medical education for trainees, but also have real world consequences, such as diminishing patient satisfaction and increasing the rate of medication prescriptions.

And what about the promised cost savings?  Such assertions were largely based on a 2005 Rand Corp. analysis which predicted that electronic records would save $81 billion annually.  Last year however, Rand backtracked, saying those numbers were overstated.

More recently, a January 2014 report by the Office of the Inspector General warned that electronic medical records could even contribute to Medicare fraud, by making it easier for providers to duplicate documentation and make it appear that they performed more services than they actually did.

The joy of creating smiles 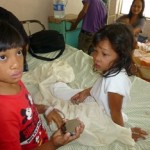