In a landmark declaration on Wednesday, CVS Caremark announced that by October 2014, the company will no longer sell tobacco products in its stores. The company’s CEO, Larry J. Merlo said in a statement, “Put simply, the sale of tobacco products is inconsistent with our purpose.”

We’ve known for years the dangers of tobacco and cigarette smoking. And the documented risks grew even more last month when the Surgeon General released “The Health Consequences of Smoking—50 Years of Progress: A Report of the Surgeon General, 2014″ in January. Tobacco use is the leading cause of preventable death and disease in the United States. And more than 480,000 people die each year as a result of smoking-related disease. Limiting access to tobacco products is a step in the right direction to solve this problem.

We see month after month and study after study in CHEST, JAMA, The Lancet, and others tying tobacco use more closely to another disease or an increased risk for death. As medical professionals, we see the results, know the dangers, and also understand how hard it is for patients to quit. Coincidentally, our Second Opinion cartoon in the February issue of CHEST deals with just this issue. 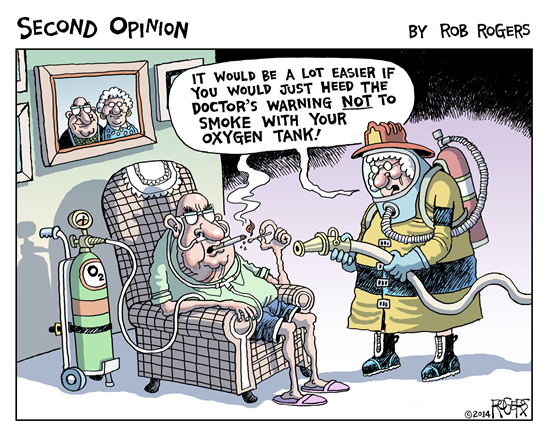 A pharmacy’s role in treatment and preventative care is important. Our patients seek out a pharmacy for medications and health-care resources only to be smacked with a colorful display of tobacco products at checkout. The contradiction of a health-care establishment selling tobacco products is hard to ignore.

Quitting is hard — for those who use tobacco and for those who sell it. The addictive nature of nicotine is clear, and selling tobacco is a lucrative business. We understand the financial hit associated with a no-tobacco retailer. But we commend CVS for taking a stand on the issue and siding with the health of patients.

It has been an exciting week with the launch of the FDA’s first anti-tobacco campaign aimed at teenagers. And now this announcement from CVS. We’d love to see other retailers follow suit and halt the sale of tobacco products and make the pharmacy a true place of wellness.

What do you think? Are we moving the needle?

Why doctors and hospitals shouldn't advertise 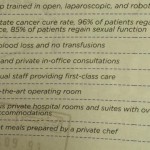