Every once in a while a brilliant investigative journalist can get us back on track when we have been led badly astray. I hope that a recent New York Times front page story, “The Selling of Attention Deficit Disorder,” by Alan Schwarz will have that kind of special societal impact.

Schwartz has previously written a series of accurate and hard-hitting articles exposing the over-diagnosis of ADHD and the consequent careless and excessive use of stimulant medication to treat it. Now he connects all the dots, showing how the drug companies have used their marketing muscle to mount a remarkably successful disease-mongering campaign — selling the ADHD ill to push their stimulant pills.

There is no doubt that some kids have enough severely impairing attentional and behavioral problems to qualify for an ADHD diagnosis and to require treatment. But there is equally no doubt that drug companies have fostered a fad of excessive ADHD diagnosis that captures many kids who would be much better off if left undiagnosed and untreated.

How did this happen? In 1997, the drug companies exerted their political and economic might in Washington to extract the unprecedented freedom to advertise directly to consumers- something that other developed countries strictly and wisely forbid.

Soon TV, newspapers, magazines, journals, and the internet were all spreading the misleading message that ADHD is very common, frequently missed, easily diagnosed, the cause of many childhood problems and annoying behaviors, and is due to a chemical imbalance that is easily treated with a pill. It worked beyond their wildest expectations.

The history of psychiatry is a history of fad diagnoses that come out of nowhere to capture much more attention than they deserve. Current fads are distinguished only by the billions of dollars spent by powerful commercial forces to create and push them.

The solutions are clear and common sense. We should join the rest of the world in prohibiting direct-to-consumer advertising. We should more closely regulate, punish, or eliminate altogether the brainwashing and corruption that passes for pharma marketing to doctors. And we need to re-educate parents and teachers.

The best clinical approach to ADHD is to reserve the diagnosis and treatment for kids who are classic in their symptoms and have pervasive, persistent, and severe impairment as a result of them. Stepped diagnosis is the best and safest approach. Watchful waiting, advice, normalizing expectations, parent training, and counselling should precede diagnosis and treatment. Medication should be a last resort, not a trigger happy cure all.

As it stands now, we are doing an uncontrolled experiment on our kids with no clue about the long term effects of the meds on their brains and behavior. Keith Connors, the world’s leading expert on ADHD and a long term proponent of its diagnosis, treatment, and research lamented to Schwartz that the rising rates of ADHD diagnosis are “a national disaster of dangerous proportions.” And Schwarz even got former pharma executives to express regret about their earlier role in promoting what has become an out of control ADHD fad.

But no one should abruptly stop using the drugs — tapering requires as much caution and medical supervision as must go into starting them. And a significant fraction of the kids now on meds do desperately need them.

In previous articles, Schwarz has also highlighted the shocking fact that some parents and doctors recommend stimulant drugs for performance enhancement even in kids who don’t have ADHD. This is the moral and medical equivalent of recommending steroids so that youngster can bulk up to play better football. The possible short term gain must be balanced against an unacceptable long term risk that no parent or doctor should impose on a child.

Schwarz deserves a Pulitzer prize for his investigative reporting. His is a lonely, longshot David vs Goliath struggle against a seemingly impregnable big pharma. But big tobacco was similarly sitting pretty a few decades ago before being toppled by an aroused and enlightened media. Indeed, right sometimes does make might and one truthful newspaper article may sway minds more effectively than a billion dollar pharma advertising budget. At least let’s hope so.

What are politicians doing about the shameful infant mortality rate? 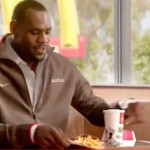