David Blumenthal and others recently published a paper in the New England Journal of Medicine entitled “Health Care Spending — A Giant Slain or Sleeping?”

In it they look at the ongoing, and rarely discussed, phenomenon of slowing of health care spending, which has persisted over several years. Health care spending grew remarkably after the establishment of Medicare and Medicaid in the 1960’s, resulting in the fact that health care costs now equal about 18% of our gross domestic product (GDP) when they were only 5% before these programs were introduced.

This was no coincidence. A third party payer, even one we expect to value frugality such as the government, will increase utilization of services because they are already paid for, and will increase prices for the same reason unless the prices are negotiated. In Europe, prices for procedures and medications are frequently negotiated, but in the US powerful drug companies and device manufacturers successfully resist this, resulting in relatively free floating prices.

In the past few years, however, overall health care costs have slowed their growth considerably and now actually lag behind the increase in GDP. We have had a much slower economy since 2008, which could be expected to slow health care spending, but this effect has been beyond what economists would expect based on this.

The authors discuss the many factors that may be involved in slowing health care costs, and also present some strategies that might help encourage this trend. They suggest that some of the provisions of the Affordable Care Act, including establishment of health care models that make providers of health care more financially responsible for the health of patients rather than profiting from their illness, may already be having a positive impact.

Movement towards having patients be more involved in their own health, including making informed choices about treatment and testing may reduce unnecessary costs.

The article is definitely worth reading. They conclude that health care, despite the encouraging trends, is still overpriced and can can stand to be more frugal without sacrificing patient care. This is true. In my experience, testing and treatments are still ordered without adequate attention to necessity or cost. Preventive strategies to reduce grave illness are still underutilized and drug companies still overcharge for their products and convince us that their value is higher than it really is.

We continue to use the very newest and most expensive technologies to delay the moment of death for patients who are genuinely dying and ought to be allowed to do so in comfort and with dignity. All of these things come with huge price tags.

The article ends with a couple of very important points, and then misses a few more because the authors are most likely not practicing physicians. Dr. Blumenthal, the first author, is the president of the Commonwealth Fund, a philanthropic organization which researches social and health policy. He has been a primary care physician, but has been influential in policy and administration for many years, suggesting that he probably no longer takes care of patients in the hospital or clinic.  His co-authors, Kristof Stremikis and David Cutler are in public policy and economics, respectively, and are not MDs.

The points that are particularly important that they did mention in the article are that consumers can be a powerful force for improving both quality and in reducing costs if, and only if, they are given data about quality and costs. Also, that the way we presently pay for medical care, especially the way we bill, is incredibly inefficient (also, in its complexity, so prone to fraud and inaccuracies, though they didn’t mention this).

What they did not mention is that physicians can be a powerful force in improving quality and reducing costs if they, also, are given data about these things. Doctors still do not know how much a given test or procedure costs, what portion will be paid by a patient out of pocket, and mostly do not have guidelines that help them not to order excessive testing or treatment. Billing is only a small part of the problem of administrative burden.

The increasing demand on nurses’ and other caregivers’ time by electronic health records which appear to be endlessly hungry for valueless detail that must be entered on a computer not only reduces all of our abilities to do good bedside patient care but clouds our minds with trivia and chases experienced staff, both nurses and doctors, to early retirement because of inadequate (and irrelevant) data entry skills.

I commend the authors of this article for clear writing and excellent synthesis. The fact that health care spending is already going in the right direction is fascinating and almost entirely neglected in the press, probably because it doesn’t support the more popular story that everything to do with health care in America is going rapidly to hell in a handbasket. I expect the ongoing vigorous debate about health care reform will keep people discussing costs which will make both physicians and patients more likely to pay attention and reduce frivolous expenditures. 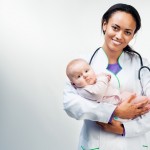 On the heels of the Obamacare rollout comes ICD-10