The dream was that reason, in the form of the arts and sciences, would liberate humanity from scarcity and the caprices of nature, ignorance and superstition, tyranny, and not least of all, the diseases of the body and the spirit.
-Paul Starr, The Social Transformation of American Medicine

In a local bookshop just outside of Boston, a small group made their way to their cherished celebrity bookclub. Tucked away on a foldable chair near the back of the store, and well under TMZ’s radar, sat the best-selling author and physician. Both college students and seniors opened their thumbed versions of Tolstoy’s The Death of Ivan Illych. True to its title, the evening’s discussion was to be on death.

Teacher, nurse, librarian all weighed in on what we could be learning from Victor’s torment. Was it unusual, or unsettling that the story’s doctor was far from able to pacify Tolstoy’s protagonist? And for those physicians who begrudgingly identified themselves in the crowd, one asked what she could take away from Gerisam, the poor peasant, in helping her very own palliative patients.

Ultimately, the conversation shifted to the vision of our very own passing. Could we wrap our heads around the fact that it may take place within the sterile walls of a hospital? Most people there were sure it didn’t have to be that way. That lent to asking whether how we die should be used as the next marker for a truly advanced health system.

In standing at the back and listening to the extremely personal accounts, it became clear that people didn’t show up for a signed copy of the Checklist Manifesto. They came to unpack Tolstoy’s view on suffering and death, and in doing so, maybe get a better grip on their own. With all the talk of social media or big data unlocking new truths, it was pretty amazing to see what a circle of people and a book could generate. It was a piece of literary fiction that got us to wrestle and combat our own fears. Not a celebrity, nor a hyped Twitter hash tag. And on that night, the story was powerful enough for us to talk of our own deathbed to complete strangers.

In some ways, medicine has its own battleground between the arts and sciences. We are told early in our training to accept both. Yet there seems to be an underlying tension, probably no better depicted than by Anton Chekhov: “Medicine is my lawful, wedded wife, and literature is my mistress.”

The feel of an affair even seems to run through medical school. Drop by any medical campus, or stand in line at the library for coffee, and you’re bound to hear: “I haven’t read a book, like that isn’t a textbook, in forever.” Or a hushed confession about reading anything other than Harrison’s or UpToDate on lunch break. But you might just shrug it off, I mean, isn’t that a reasonable price to pay for technical expertise?

After hearing a friend gush about why they love visiting their family doctor (none of the reasons being diagnostic per se), it got me asking what exactly we mean by the art of medicine? Is it straying from rigid clinical guidelines on a gut feel? Tackling variations over which procedures or tests are ordered for patients is undoubtedly a policy priority, yet what’s behind over-treatment may be less than poetic. Is it simply building rapport with patients who have dizzying demands or needs? Probably not.

Sir William Osler held the ancient maxim that the “whole art of medicine is in observation.” A gaze that not only picks up on intricate signs in a physical exam, but also understands the human condition. How exactly do you train and build that empathic eye? There’s always been a hunch that literary classics might help provide that depth. Want a better understanding of the social determinants of health? Victor Hugo’s Les Miserables as required reading. Getting ready for a rotation in geriatrics? Shakespeare’s King Lear. A rural rotation up north or crash course on self-care? Maybe Bulgakov’s A Country Doctor’s Notebook.

The call for the humanities in medicine is in no way new. Even then, Chekhov wrote of the merits in marrying the arts to scientific facts. It’s a fascinating new paper in the journal Science that may just change the tone.

The study found that after reading literary fiction, participants performed better on tests measuring social perception and emotional intelligence (once you get over the creep factor, it’s a pretty cool test). If reading is truly a way to prime empathy, the results could be particularly important for medical education (the MCAT will be introducing a humanities passage in 2015). This, especially as medical schools remain far from representative, and widening income inequality jeopardizes the health of democracies.

In another clever study from UC-Berkeley, the authors found that increasing social distance dilutes compassion toward the hardships described by those less well-off. While that finding may seem like a no-brainer, it strikes right at why my friend wouldn’t dare miss his doctor’s appointment: beyond the technology or any imaging, he felt his physician was in his corner. That she would listen, and go to the wall for him.

The sciences continue to offer boundless promise for the profession and the sick. It’s the humanities that will beg how we get there. In medicine, we are certainly privileged with “front row-seats on life” — the worry is being glued to an iPhone amidst all that meaning.

We must rise up against the hospital-industrial complex

My cancer shows how our world is ruled by love 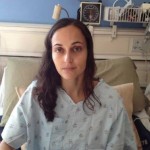 Putting the humanities back into medicine
1 comments