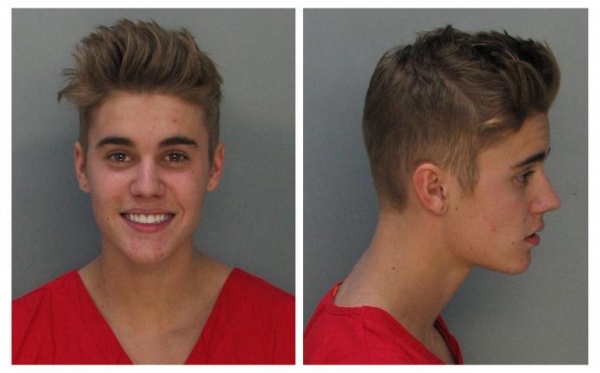 Justin Bieber was arrested recently in Florida for a DUI. The smirk on his face is a bit misplaced. While it’s no longer a surprise when we hear about a celebrity’s challenge with drugs and alcohol, Bieber serves up a perfect moment for education. I mean this kid (he’s 19-years-old) really could have killed himself last night. Thank goodness he’s only in jail. You got Bieber Fever in your house? Now’s the moment to step in. The number one thing parents must remember is that data and research consistently show that a parent’s opinion and guidance on avoiding alcohol remains the most powerful influence over a teen’s decision to drink alcohol underage.

Check out this powerful infographic on girls and alcohol. One in five high school girls binge-drink. 1 in 5!

Alcohol-related injuries kill over 5,000 teens every year. Bieber’s decision-making presents a huge opportunity to protect our own children. I’m reposting this data because we just can’t forget how powerful we are, as parents, when protecting our children as they grow. Our job today is simply to remember our super power–that we have influence. Don’t brush this story off as “Bieber’s a mess and an outlier.” Lamborghini or not, every teen is at risk for making this kind of choice.

Tips for talking with teens about alcohol and survival

1. Majority of teens don’t drink. Remind teens that it’s the minority, not the majority, of teens who drink alcohol. Tell them the truth: the number of teens who say they’ve consumed alcohol before driving within the last month has decreased by 54% since 1991. Further, 9 out of 10 teens are doing a good job when it comes to drinking and driving — 90% say they haven’t had a drink and drove a car in the last month.

2. Drinking to get drunk. Teens don’t typically drink moderately. In fact, 85% of teens who drink say they binge drink (consume >5 drinks in a matter of a few hours). You can explain the difference and the risk that comes with binge drinking, especially when teens mix alcohol with caffeine (i.e. using energy drinks). Explain to teens it’s never okay if a friend passes out from alcohol; ensure they know to call 911 if this occurs as alcohol poisoning can kill.

3. Teen driving & DUI.  First off, provide your teen reassurance that you will always help them find a safe way home (pick them up or paying for a cab) if their driver has been drinking. Detail the risks with drinking and driving — teen drivers are at much greater risk of crashing after drinking alcohol than older adults. Explain that it’s illegal and if a teen gets a DUI they will lose their license and will be at risk of losing a college acceptance, a sports scholarship, or other opportunities. In 2010, 1 in 5 teen drivers involved in a fatal crash had some alcohol in their system (of those, 80% were over legal limit).

4. Talk the truth and don’t stop. Talk about how drinking affects the brain early before kids drink and throughout high school. Alcohol moves through blood and goes to every organ, including the brain. Alcohol seriously can damage long-term brain growth and change how a person learns, thinks, and remembers. Although 40% of 8th graders say their parents have talked to them about drinking, only 29% of 12th graders say their parents talk to them about alcohol. Don’t give up! Teens need to know how drinking will affect them and that a person who is drinking is not a good judge of how impaired they are. Trying to terrify your teen may backfire. Instead, be truthful but avoid overly harsh scare tactics. Think of yourself as a go-to for info.

5. Sign a contract. Teens do respond to contracts. Set clear no-alcohol use rules, and agree on appropriate consequences for breaking these rules. Enforce consequences when the rules are broken. Here’s a sample TEEN Driving Contract you can print out and use.

Primary care has to go multimedia

Use Justin Bieber as a teaching moment for kids
1 comments