In most states, doctors are mandated to ask their patients if they feel physically “safe at home.” With an aging population, perhaps another question should be added: are you financially safe?

“Trudy” had always managed her financial matters, even complex transactions. Aging, however, had made her short-term memory a bit more problematic and her focus diminished by TIAs. Even though her daughter shared responsibility on some of her financial dealings, Trudy signed off on a confusing form that threatened her fiscal security.

The unscrupulous company she had dealt with went after the daughter, insisting her mother had signed a legal contract and threatening court action if she also did not sign. Trudy’s lawyer was called and resolved the problem, but it might not have been.

“Fred,” in contrast, had his diabetes in control during the first three weeks of the month. By the last week, however, he was no longer taking his medications and was eating more carbohydrates as his glucose levels rose. Unwilling to tell his family he was having trouble stretching his small social security income, his health continued to be compromised.

Or unfortunately, the family itself is abusing their elder in financial terms. Physicians with elderly patients often have the trust to make this extremely sensitive query. With shortened visit times and complex medical problems, it is perhaps unfair to add one more thing to the doctor’s responsibility. Yet financial challenges for the elderly can have immediate and long-term consequences for their health.

Perhaps it is time for the doctor to raise this question on a regular basis.

Existing for others is not enough 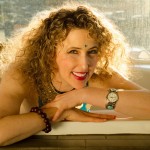