Here we go again. There is yet another round of evidence of how the physician workforce hole we’ve dug for ourselves keeps getting deeper, but there has been still no substantive payment reform on the government side (Medicare/Medicaid) or the private payer side.

One recent study appeared in Academic Medicine. Clese Erikson and colleagues surveyed a random sample of 4th-year medical students in 2010. Only 13% of the students stated they were very likely to become primary care physicians. The way the researchers framed the question was important. Spin doctoring by the medical schools over the years has led politicians to believe that about half of medical students choose primary care fields. The schools include internal medicine residents, of whom over 90% do not provide ambulatory primary care; and pediatric residents, of whom over half do not provide ambulatory primary care when they finish their training. I’ve even seen some medical school primary care reports in the past that included general surgeons and ER docs. Compare this 13% number to the fact that other developed countries have nearly 50% in primary care (the U.S. is at about 30% now).

Another study measured how much Medicare pays for cognitive services (thinking, like primary care) vs. procedural services. It measured the payment per hour of actual work for two common procedures — colonoscopy and cataract extraction — and compared them to a common primary care outpatient code. Previous studies have found a difference of up to 12 times with this comparison. These authors made an extra effort to identify all of the time required to do the procedures, such as obtaining consent and explaining the findings of the procedure to patients and family members. The authors concluded that these two procedures still paid between 368% and 486% more than primary care at Medicare rates. It is safe to assume that this ratio is even worse in the private sector.

No, money is not the complete solution to balance the U.S. physician workforce. However (and I’m not making this up), when I worked with administrators at CMS (Center for Medicare and Medicaid Services) during my innovation advisor year, a high-placed official actually and seriously asked me, “Do you think if primary care physicians were paid more that more medical students would choose primary care?”  It took all of my limited self-control to not laugh, scream, or cry.

Other pieces of the solution to get more medical students into family medicine are concepts such as respect, encouragement in medical schools, and a new NIH family medicine research institute. (There is no NIH institute or large foundation funding for primary care research, but there is for nursing, social work, alternative medicine, aging, etc.). Proper payment will go a long way to addressing these issues as well. Even if the medical school culture could be changed first (which it won’t, by the way), students aren’t stupid. They can peer into the future, which is why programs such as primary care loan repayment schemes make a small difference in moving the medical student choice dial.

The fundamental reason there is such a huge income disparity between primary care and the -ologists is the CMS fee schedule and documentation, coding, and billing rules. Over 90% of private insurers use ratios of the schedule, so the impact of CMS goes well beyond Medicare and Medicaid.

There was a 10% tweak in the Obamacare law to raise primary care pay. It only lasts for two years and was implemented very slowly. Compare this number with the ratios I just mentioned and the fact that some -ologists easily make three times more than primary care physicians on average. Only the most committed students would choose primary care, and its not enough for the needs of the country.

One gets what one pays for. In the U.S., we value -ologist high-tech procedures and open access to ERs, so we are left to enjoy worse health at a higher cost than the rest of the developed world.

Richard Young is a physician who blogs at American Health Scare.

Patient portals for hospitalized patients: Do they make sense?

The unidentified cause of one man's hypertension: Racism 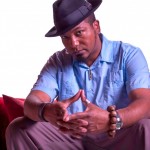