There has been much discussion recently, by journalists and health professionals, on the new guidelines for the treatment of blood cholesterol put forward by the American Heart Association (AHA) and the American College of Cardiology (ACC).    Critics have raised concerns the revised guidelines will increase the number of healthy people who take statin drugs by 70 percent, that treatment thresholds are too low and that some guideline writers have links to the drug industry.

But these discussions have largely missed two key words in the new guidelines: “patient preference.”  The ACC/AHA state clearly, and emphatically — the term is used more than 20 times in the document — that this is a framework for clinical decision making that must incorporate “patient preferences.” To put this into context, the Canadian Cardiovascular Society lipid guidelines from 2006 and 2009 make no mention of patient preferences whatsoever, and while their 2012 version contains the word “preferences”  five times, only once do they actually refer to patient preferences.

This is an important transformation in guideline attitude, and here’s why.  No matter what recommendations this guideline or a health care professional may make, the patient is the one who should decide what’s best.

The biggest limitation of the ACC/AHA guidelines is that they don’t provide information in a manner that easily facilitates a balanced discussion between a patient and a health care professional.  Fortunately, it’s not all that difficult.

One of the most controversial parts of the guidelines is the threshold for treatment they recommended — individuals with a 10-year heart attack and stroke risk of 7.5 percent or greater is where “risk reduction benefit clearly exceeds the potential for adverse effects.” That’s their opinion but what counts is your opinion.

What does this mean?  If you take roughly a 1/3 off of 7.5 percent (2.5 percent), the risk for heart attack and stroke would drop to around five percent. Put a different way, this means 40 people need to be treated for 10 years to benefit one person; or 97.5 percent get no clinical benefit whatsoever from statin drugs.

Let’s say a higher threshold like 10 percent had been chosen instead, as some critics have argued should have been the case. Doing similar math, 10 percent goes down to seven percent  (a 30 percent reduction) which is a difference of three percent.  Thus, 33 people need to be treated to benefit one person and 97 percent get no benefit from taking statins.  So the big debate about the threshold is a debate about a 0.5 percent 10-year difference (a three percent vs. a 2.5 percent benefit).

Now on the other end of the risk spectrum, a person with a past stroke/heart attack or an older person with many risk factors may have roughly a 30 percent risk. They would get a 10 percent absolute benefit over 10 years. This means this higher risk person (who has already had a heart attack or stroke) taking a statin for 10 years has about a one in 10 chance of benefiting from the medicine while 90 percent will get no benefit at all.

That’s the benefit, so what about harm?

Muscle aches and stiffness occur in five to 10 per cent of people taking statins, with severe muscle or kidney damage occurring in roughly 1/10,000, and possible abnormal liver lab values in two percent.  Some people experience nausea, constipation, diarrhea, and then, of course, there is the drug cost and the frustration of taking a pill every day.  Fortunately most of these harms are reversible.

There are a few caveats. Most studies with statins have been for five years or less, so we really don’t know about long-term benefit and harm.  You may have also heard statins cause diabetes, but the risk increase for diabetes is only about one percent, and because statins overall reduce the risk for heart attack or stroke (the reason we treat type 2 diabetes), this risk is not clinically important.

Your health care professional should support you no matter the decision. This is really what the new guidelines should be all about.

Doctors: 10 lessons from the humble bumblebee 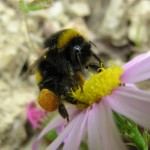