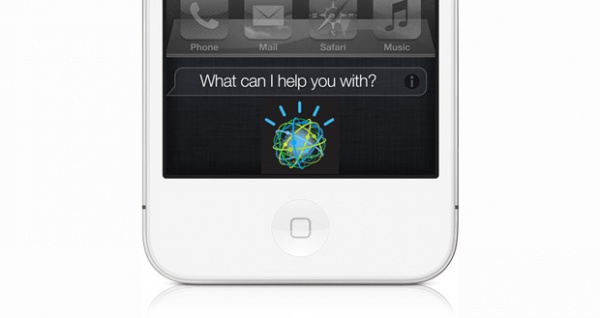 In every strength lies a weakness and in every weakness a strength. This maxim has held true throughout history — from biblical days to the battles of modern times.

And it holds just as true in the information technology (IT) “arms race” that’s playing out in American health care today.

In Malcolm Gladwell’s newest work David and Goliath, he suggests that when we fail to recognize both the strengths and weaknesses of different alternatives, we risk not seeing the best solutions. Gladwell argues that we tend to overvalue one particular trait, such as Goliath’s size, while failing to recognize a seemingly less powerful skill, like David’s slingshot ability. The important thing is that each holds a tactical advantage, depending on the conditions of battle.

There is much discussion about how technology can solve the health care problems our nation faces. One proposed solution is application of “big data,” (sets of data that are too varying and complex to process with commonly used software tools). Another high-tech solution comes by way of the algorithmic care that’s already available in mobile technology. Think of these two solutions as Watson and Siri. Big and strong vs. small and nimble. David and Goliath.

IBM’s Watson has artificial intelligence capability embedded in a computer the size of a pizza box. It can answer complex questions posed in natural language. Apple’s Siri contains a complex set of algorithms available in every new iPhone sold and can respond to a huge array of queries on a broad range of topics.

Which of these technologies will prove most powerful in helping improve health care delivery?

It’s easy to assume Watson would be the winner. After all, this Goliath-like computer beat Gary Kasparov at chess, Ken Jennings at “Jeopardy!” and can run through millions of pages of content every second.

But much like Goliath’s opponent David, Siri (and her Android-based sisters) have qualities we can’t obtain from Watson. Siri may not have as much computing power, but the application is inexpensive, easy to use and travels just about everywhere. Perhaps most importantly, relatively few tasks in clinical medicine require the the analytic speed and breadth which Watson offers.

As in the biblical story, the victor will depend on the conditions of battle.

When will Watson win?

Watson’s strength is its ability to search large databases and quickly return relevant clinical information. When millions of files need to be searched rapidly, Watson will dominate because big data analytics favor size and computing speed (along with artificial intelligence and machine learning) rather than mobility and price.

Today, Watson can find answers buried in millions of pages of medical records. With the volume of medical information doubling every five years, Watson is already being used to sift through the nearly 1 million new medical studies published yearly. Its proponents argue that no physician can possibly keep up with this much information. Most recently, IBM entered an arrangement with Memorial Sloan-Kettering, giving doctors access to Watson’s ability to “churn through the medical data” and arrive at an optimal treatment plan.

But this is just the tip of the iceberg. Watson’s true and unique value will be providing the probability of a specific diagnosis or treatment when there is no definitive answer — a calculation humans find difficult.

As an example, Watson could help enhance an emergency department physician’s clinical judgment in ambiguous situations. Faced with a patient who might be having a heart attack — but whose symptoms are unusual — physicians might turn to Watson for the last thousand patients whose clinical findings were similar. Watson could find and analyze the relevant patient records and provide the answer.

However, it’s rare today for doctors to find themselves in such ambiguous circumstances. Most of the time, physicians can figure out what is wrong and what treatment is needed. For this reason, Watson’s assistance will only improve treatments or outcomes for a limited subset of patients.

However, this need may grow in the future as our understanding of complex diseases evolves. Cancer, for instance, likely represents hundreds of different diseases — each with its own genetic variation. The size of data involved in these variations will exceed the “computing power” of the human brain. In this circumstance, Watson’s powerful informatics will prove invaluable. It could differentiate the best individualized care for two seemingly similar patients with breast cancer, but whose tumors have different genetic abnormalities.

If power provides competitive advantage for Watson, ease of use and continuous availability defines Siri’s strengths. Physicians and patients won’t want to carry around a machine the size of a pizza box. But most will have a smart phone or tablet. The diagnoses and treatment options for the majority of patients and conditions can easily fit inside Siri’s algorithms.

When treating patients, the most common physician error is forgetting a step. Siri’s memory is perfect — making her a powerful asset in the health care world.

Take telephone advice centers, for example. Most operate with nurses providing advice based on specific physician-developed protocols. In a typical interaction, a nurse takes the patient through a series of questions that allow her to determine the most likely diagnosis and recommend an action plan. A nurse might recommend a trip to the emergency room, an over the counter medication, or simply rest and fluids. Siri can provide all of this information to the nurse. And Siri can also make that same information immediately available to the patient.

When patients are admitted to the ER for a heart attack, stroke or the possibility of sepsis, the Institute of Medicine has defined a series of essential steps to ensure the best clinical outcomes. Siri could provide the treating physicians with the best and most current treatment plans for that particular diagnosis. She could advise pharmacists on whether a patient on a blood thinner needs a higher or lower dose and by how much. She could  provide individuals in medically underserved communities across the globe with recommendations on treatment for hundreds of medical conditions for which the optimal therapeutic interventions have been well defined.

The greatest gaps in medical care happen when doctors and nurses don’t follow the recommended steps. Helping them do so is the foundation of evidence-based health care. Doctors and nurses read textbooks and medical journals, memorize differential diagnoses and apply the recommended treatment. It requires years of training and it is easy to make an error due to the number of diseases and medications available. For Siri, analyzing this amount of information and dispensing advice would be child’s play.

Watson and Siri better than Watson vs. Siri

If it was a competition, the winner would be determined by the landscape of the battle ground. Or in this case, the specific problem that needed solving. But rather than seeing the two as combatants, physicians and patients will benefit when both are on their side. Of course, Watson and Siri are just names we use to represent what are ultimately two complementary capabilities: big data and algorithmic care.

At present, neither application is used by more than a relatively few physicians, but big data and mobile technology will soon be central to how doctors provide care. When the patient’s diagnosis is relatively clear and the treatment options clearly defined, doctors will want Siri and her Android analogues to confirm the approach and ensure they don’t overlook important steps.

But when there is ambiguity, Watson-like capabilities will enable physicians and patients to calculate the diagnostic and therapeutic probabilities and engage in informed and shared decision-making.

And when both tools are readily available to physicians, patients will have the greatest chance of getting the best medical outcome possible.

Medicine then and now: The importance of team

Watson and Siri: The David and Goliath in health care delivery
1 comments