In March of last year I began and quickly ended a cycling career. In my first race of the weekend I placed second, and in a moment of hubris felt emboldened to reach for more.

In the second race, the very next day, I signed up for a higher category. The race was tougher, and I got stuck behind the pack, which slowed immensely around turns. In an effort to advance, I passed other cyclists uphill, continued racing downhill and then, engorged with adrenaline and confident in my abilities, refused to brake in the 90 degree turn at the bottom. Very quickly I realized the road was untenable and the moment stretched out in time before me as I fully grasped what was inevitably happening.

Then it flashed by. I didn’t, and to this day still do not, remember the following minutes and only regained awareness as the paramedics were asking me questions about where I live, where I was at the time, and the current month and year. Some made sense while others, like the city hosting the race, exemplified anxiety-provoking holes in my recent memory. Having just finished a neurology block in the second half of my first year as a medical student, I agreed a quick trip to the ER was warranted until I could recall how I teleported 300 miles from my home.

Luckily, I was covered by an insurance plan recommended by my school. I anticipated that the insurance would cover a lot of my expenses, though I couldn’t begin to conjure up what my 5 hours in the ER would cost me. And for that matter, neither could their billing department.

Getting the bill was a mix of expecting shock and genuine surprise. The half-mile ride in the ambulance cost in excess of $800. I knew their services would be expensive, but the ambulance was already on site, called upon to be there in case of just such an incident. The paramedics did examine me, though, and then brought me to the hospital, so overall this cost had an important purpose.

The next major expense is a CT scan of my head for my concussion. While the $2,500 cost is outrageous for a 30 second scan, the information gathered is invaluable and very well could have saved my life had I been in mortal danger of compressing my brain through the pressure of uncontrolled, internal bleeding. I’m not upset about this cost at all.

In fact, the only truly inadmissible cost I find on my bill is for a shot I received from a nurse. My mind was in a bit of a haze when I arrived in the ER. They asked me lots of questions concerning my medical history, allergies, and even immunizations. Even in a proper state of mind I don’t think I would have been able to say when my last tetanus booster had occurred, and they strongly recommended one to prevent any possible complications. I consented.

Just like a routine shot, a friendly nurse washed my upper arm with an alcohol pad, warned me of a small pinch and finished with a small, round band-aid. Long after my arm stopped feeling numb, the experience still stung with a $1,000 line on the bill. Broken down, the booster itself was assigned $150 value and the “physician’s” administration of that shot came out to a whopping $850. Accounting for the prep and clean up, assuming a generous 10 minutes, it comes out to an hourly rate over $5000. I wondered if the nurse saw any of the proceeds of her hard work.

And all this to prevent a disease reported by the CDC to have on average 43 cases per year in the United States. If all ER patients who come in with laceration injuries are given a tetanus booster, I can’t imagine this being a cost-effective manner of preventing the disease. Out in the community, a dose of this vaccine cost $15 and combined with administration the total ranges from $60-120 for an overall ER mark-up of 8-16 times. I’m not one to discount the value of immunizations, but I do find this particular initiative an outrageous and unjustified cost inflation for a simple injection aimed at preventing a very rare disease.

Health care should come at an accessible price. If simple and routine injections with unjustifiable profit margins create insurmountable barriers to affordable care, we have not accomplished our goal. 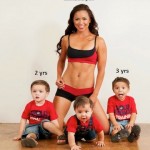 The outrageous ER markup for a tetanus shot
11 comments