PG-13 movies now have more gun violence than R-rated ones.

I was in fourth grade when Red Dawn debuted as the first PG-13 rated movie back in 1985. At the time Red Dawn was released, it was considered one of the most violent films by The National Coalition on Television Violence, with a rate of 134 acts of violence per hour, or 2.23 per minute. And although not every PG-13 movie has had significant violence (think Pretty in Pink) it turns out PG-13 and gun violence have become close bedfellows over the last 28 years.

New research out in Pediatrics finds that gun violence is becoming a more common thread in the movies. Researchers sampled 945 films (all from the top 30 grossing films annually) since 1950, coding and evaluating 5-minute violent sequences in those films. The results proved unsurprising but unsettling: overall gun-violent sequences more than doubled in the sixty years from 1950 to 2012.  When looking specifically at PG-13 movies researchers saw a tripling in gun violence since the rating was created in 1985. The trend for violence in these PG-13 movies has grown so rapidly it’s created a new reality. Over the past 30 years, R-rated movies have shown no change in the amount of gun violence sequences while PG-13 have soared making gun violence more prominent in PG-13 movies than in R-rated movies. Stunning when you think of it — gun imagery densely populating the movies targeting our teens. Yes, violence sells.

Tips for families and movie selection

Asthma in children: A complete primer 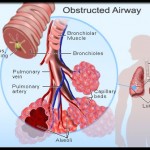 Michael Palmer: A doctor first, in the truest sense of the word