You know that old joke. What’s a radiologist’s favorite plant? The hedge.

Radiologists are famous for equivocating, or hedging. “Pneumonia can’t be excluded, clinically correlate,” or “probably a nutrient canal but a fracture can’t be excluded with absolute certainty, correlate with point tenderness.”

Disclaiming is satisfying neither for the radiologist nor the referring physician. It confuses rather than clarifies. So one wonders why legislators have decided to codify this singularly unclinical practice in breast density laws.

The law requires radiologists to inform women that they have dense breasts on mammograms. So far, so good.

The law then mandates that radiologists tell women with dense breast that they may still harbor a cancer and that further tests may be necessary.

You may quibble whether this disclaimer is an invitation or commandment for more tests, or just shared decision making, the health care equivalent of consumer choice.

But it’s hard to see why any woman would forego supplementary tests such as breast ultrasound, magnetic resonance imaging and 3D mammogram, or all three, when their anxiety level is driven off the scale.

Wasn’t  the Affordable Care Act (ACA) supposed to usher an era of rational policy making and guided statistics, not anecdotes?

What piece of incontrovertible evidence inspired this law, you ask?

No. The law was instigated by a heart-rending anecdote, which avalanched in to the “breast density awareness” movement, cloaked by an element of scientific plausibility: women with dense breasts may have a higher incidence of cancer — a conjecture of considerable controversy.

Many physicians believe that the government does little good when it juxtaposes itself between physician and the patient. However, the government can be the most disinterested agent if it wished.

Yet it seems unwilling not only of disavowing policy of ideology, as the mandate to show the fetus on ultrasound to women undergoing termination of pregnancy in certain states indicates, but of any inclination of understanding medical evidence.

The law has passed in both red and blue states displaying that rare bipartisanship seen only when the nation is under imminent threat of war. You don’t have to be a psephologist to figure out that embracing pink doesn’t lose votes.

And there lies the problem. The ACA attempts to realign the incentives of physicians and patients. It explicitly emphasizes evidence in the practice of medicine. However, it hasn’t shut the direct line between the legislator and the citizenry through which rational health care policy making can be undone. The identifiable victim still reigns supreme.

Screening is good. But up to what point?

Untrammelled by costs for fear of the label death panels, indeed unmoored by any number, the ACA makes it unclear when the pursuit of early cancer should cease.

How many women with dense breasts should have annual MRIs to save one life from cancer? Thousand? Ten thousand? Million? Ten million? Is there a limit?

Saurabh Jha is a radiologist. 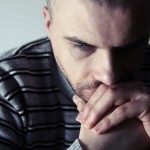 Breast density laws are based on anecdote
5 comments