If you are a staunch conservative who believes that free markets should solve health care, or that poor people should work harder and have more skin in the game, or that governments should stick to building armies, you don’t need to read this post, unless of course you enjoy being aggravated by liberals.

If you are one of the talking heads posing as a progressive, while repeating the slogans of Obamacare (e.g. no one can be denied care any longer, children under the age of 26 can stay on parents’ plans, not perfect but a good a first step, etc.), you should probably not read this either, because you are far beyond the point where independent thinking is an option.

If you are none of the above, and have a few minutes between updates on the completely irrelevant status of the Obamacare website, you may want to read on.

Medicaid is the public health insurance plan for the poor. Medicaid’s continued existence is an affront to human decency. Unlike Medicare, Medicaid is administered by the states. Subject to certain minimums, the states get to decide what medical services are covered, which medications are on formulary, how much money hospitals and doctors are paid, and who is eligible for Medicaid in the state. Some states have the gall to run lottery systems for choosing the lucky poor that are covered by Medicaid, while others have first-come-first-served brief enrollment windows. States are at liberty to decide that they will not cover certain conditions and certain medications, or other therapies, not because these are medically unsound, but just because they can. People on Medicaid have a Medicaid insurance card to let every hospital and every doctor know that they are poor, and that services will be reimbursed with peanuts, if at all. Obviously, many physicians do not accept Medicaid.

Having poor people segregated in a defective insurance plan, separate and hardly equal, should be no more acceptable than any other form of segregation. Medicaid needs to be dismantled and all beneficiaries along with all the funds, including states responsibilities, should be funneled into Medicare, the federally administered insurance plan, for those who cannot, or will not, purchase private insurance. Instead, Obamacare pours billions of dollars into keeping Medicaid alive on one hand, and privatizing its operations on the other (e.g. managed care, health exchange vouchers, etc.), with a net result of transferring a few more Medicaid cents from health care delivery to private corporations.

The Obamacare health insurance exchange is a marketplace where individuals and small businesses can shop for insurance plans that meet new minimum standards. The plans are sold by private insurance companies, and a formal exchange is needed because Obamacare will pay the private insurance companies a portion of the premiums. The federal subsidy, or voucher, amount is calculated based on means testing. Those who are poor (but not poor enough for Medicaid) will receive a larger voucher than those who are better off financially. This is in effect a progressively defined contribution. Let’s illustrate this with an example.

Say the Jones family, which is not completely destitute, received a $2,000 premium discount. Mrs. Jones goes and uses her brand new insurance to have a mammogram which according to the law carries no cost sharing. Say they find something that should be biopsied. This procedure is subject to the Jones family deductible. If the Joneses have the cash to pay for everything until the out-of-pocket maximum is met, Mrs. Jones will get the treatments she needs. If they don’t have the money, the story will have a different ending. So the benefits are not predefined, but the contribution is. This is the definition of a voucher.

Obviously, if this is good enough for the federal marketplace, it should be good enough for the employer sponsored group market as well. Private exchanges, where employees get a fixed voucher contribution, are already operational and will most likely flourish in the future. I haven’t heard of any pay increases for workers sent to private exchanges to “shop” for a plan that best fits their “needs.” Eventually, as the contributions fail to keep up with costs of care, all health insurance will become just catastrophic insurance. And as middle class wages keep going down the drain, catastrophic insurance premiums will inch up, because those who cannot afford routine care will be experiencing lots of catastrophes. If you want to talk about death spirals, this is a perfect time to do so.

Much has been said about the transparency of the health insurance marketplace, where for the first time people can get clear information about health plan choices and make apples to apples comparisons. Well, it’s not really the first time, but it helps that plans are labeled by actuarial value, and it helps that there are navigators helping folks make sense of a very complex transaction. However, while you can get information on the costs of insurance, there is no information about the product itself. Health insurance is basically a financial arrangement for paying for health care. Health care is the actual product being bought. Unless we believe that health care is a commodity, then in order to evaluate the product, we need to know who is delivering care. I’m not sure if shoppers on the marketplace are aware of the fact that the financing instruments they are purchasing on the exchange will only work with increasingly narrower networks of health care providers.

This is similar to buying a new television set, hooking it up and finding out that it can only receive and display channels 501 through 550. You may get lucky and these are the channels you watched anyway, or maybe these are very good channels, but then again you may not be so lucky. Now, there is nothing inherently wrong with selling TV sets that have limited channels, if people want to buy them, but there is plenty wrong with purposely hiding this particular information from buyers. And there is plenty wrong with a government advertising free and discounted TVs that have bigger screens and better picture than your dinky old TV, without telling you that you may not be able to watch premium channels on many of them.

Of course, if this little marketing maneuver works on the federal exchange, it will quickly spread to the private group exchanges, and soon we will have clinics and hospitals for the well-heeled and larger institutions for the shoeless. It’s anybody’s guess where the better doctors will be found. No, not really. Narrow networks are designed by insurance companies to put pressure on physicians and hospital to lower their charges, either for the sheer privilege of being in-network, or for the additional promise of filling out all seats, with plenty stand-by customers, just in case. This is strictly about money, and has nothing to do with excellence or quality. Exclusive networks of high quality delivery systems are usually more expensive (see Kaiser plans in California).

So basically Obamacare is taking another step towards privatization of health care financing, and the inequitable distribution of resources inherent to private markets. Some conservatives became concerned that if Obamacare does not work as expected, the progressives will have a field day instituting single payer in its place. I wouldn’t worry too much, because Obamacare is great for those who extract profits from health care, and they won’t let it fail. Besides, progressives have lost their way long ago, and single payer is not in the cards for the foreseeable future. If it were, the Obamacare bureaucracy nightmare would have been replaced by folding Medicaid into Medicare, and the insurance marketplace would consist of Medicare, and its defined benefits, as the only game in town for all.

So if your beliefs are on the conservative side, you should support Obamacare. You may have to wait a few years, but it’s going where you think it should go, where the Heritage Foundation wanted it to go. If you happen to be a liberal, and feel compelled to support an embattled president, just because he is better than the alternative, remember DOMA, GLBA and PRWORA. Were you cheering for Bill back then too?

A meeting with Kathleen Sebelius about Obamacare

How to teach your child colors 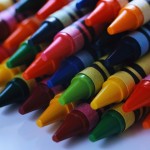 3 reasons to be against Obamacare
58 comments