I recently testified before the Medical Licensing Board of Indiana regarding the pending emergency rules for physicians prescribing opioids for chronic pain. The session went on for four intense hours — ten minutes of which had been promised to me.

At my turn, I stated my name, told the Board I hailed from from Indiana’s prescription ground zero, gave a brief summary of my credentials, thanked the Board, the American Academy of Pain Management, Lelan Woodmansee (our Greater Louisville Medical Society Executive Director), my staff for working to free me up to come, and most importantly my patients who had been rescheduled to allow time for my trip to Indianapolis.

I explained how Kentucky’s new pain regulations had borrowed language from the Federation of State Medical Board Guidelines but had changed most of the flexible language (ie. “may” and “can”) to inflexible language like “must” and “shall”.

I opined that prosecutor-types prefer inflexible “black and white” language that makes it easier to define a violation. And that Kentucky’s voluminous regulations had motivated many physicians to simply give up on treating pain.  And that Indiana should embrace their opportunity to create regulations that would address drug abusers without harming the innocent.

I said in the interest of time I would limit my comments to three areas:

Then a chill went through me as the Board president looked up from his laptop and said: “You have one minute left.”

I composed myself and tried to get across my three points as fast as I could.

2. I explained that colleagues (including APRNs) often share on-call responsibilities, clinic coverage, and the daily care of their practice’s patients. I recommended that, rather than requiring each physician do his or her own detailed initial evaluation, instead:

Unfortunately my ten minutes expired before I could get to the drug screens.

3. I wanted to ask that the regulation requiring urine drug testing be modified to give deference to the prescriber’s clinical judgment with respect to laboratory analyses used to assess compliance:

At the outset of an opioid treatment plan, and at least annually thereafter, a patient’s evaluation shall include a laboratory analysis to aid in determining compliance with the prescribed plan of care, with consideration of confirmatory laboratory analysis if necessary.

Not to worry.  The Board president invited me to come back at the end (approximately 2 hours later) and finish my comments.

Two hours later I was told I could only have 90 seconds.

With so little time to make a final impression, I decided to make this personal.

I showed each Board member an iPhone picture of the crumpled pile of metal that only two days earlier had been my daughter’s car. Thankfully she survived the horrific crash but had sustained several contusions and a fractured arm. After being strapped to a board, transferred by ambulance, x-rayed and evaluated in the ER, she had been discharged with a prescription for ibuprofen.

Pulling some strings, I was able to get her in to see an Orthopedist the next day. He reassessed her injuries, casted her broken arm, and told her to stop ibuprofen. Take only acetaminophen.

Moments before my final ninety second plea to the Board, my daughter had texted that she was in severe pain. Breathing was excruciating.

“Daddy, can you do something?”

My daughter’s suffering was due to the pall of fear Kentucky’s new pain laws had cast over her physicians.

Her mother called our family physician’s office. Thankfully, a provider did come to my daughter’s rescue, phoning in a prescription for a mild opioid pain medicine.

Ironically, this was the only provider who had not personally examined my daughter.

The only provider who was not subject to the massive regulations of the Kentucky Board of Medical Licensure.

A provider who was not afraid to treat my daughter’s pain.

As I concluded my ninety second wrap up, I challenged the Indiana Board to create regulations that will not make physicians fearful of fulfilling their duty to treat pain.

The Board adjourned, and I waited to see if anyone wanted to speak with me.

I hope my ten minutes and ninety seconds were effective.

I hope the future allows a few more minutes to get this right.

James Patrick Murphy is a physician who blogs at The Painful Truth. He can be reached on Twitter @jamespmurphymd.

What the unbundling of Craigslist has to do with today's EMRs 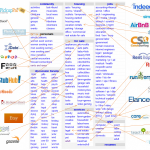 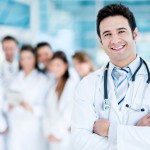