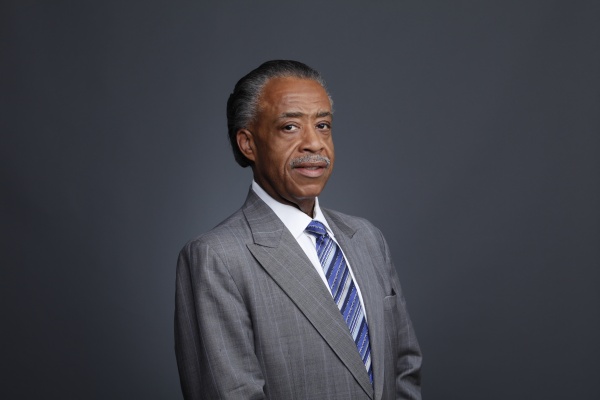 However you see the Reverend Al Sharpton, one thing is certain: you see less of him now. His Twitter pic tells you he is proud of his 167-pound weight loss. Good for him, he should be.

If you care about health, the disappearance of the Sharpton-of-old is worth mention. His story teaches us a lot, and, if one dares to look a little deeper, bigger lessons bulge out. Surely this is more than just a weight loss story.

The obvious question: How did he lose the weight?

Yes, of course, we all want to know about the process of shedding 160+ pounds. But I ask you to call time-out and first look carefully at the pronoun in the six-word question. The pronoun of note is he. “He” lost the weight. No doctor or nurse or bariatric surgeon lost his weight; “he” did. That’s huge.

The second notable thing Rev. Sharpton said was that he decided to lose weight. Note the verb: decided. His caregivers didn’t decide: nether did his friends or co-workers. Simple verbs can be quite important for health. His action to choose is also huge.

Third, the process of his weight loss is a recurring one that I see often. Rev. Sharpton gave up red meat: he ate plants, and stopped eating late at night. In reality though, he ingested far fewer calories. And like most people who remain thin, he adhered to a regular exercise schedule, the key adjective being “regular.”

It is most important to note what he did not include in his regimen: bariatric surgery, medical therapy or fad diets.

I read, study, and think a lot about public health and human behavior, and whenever a Sharpton-like story comes up, I have trouble understanding why this message of simplicity, common sense and personal responsibility doesn’t stick. Such a message is neither mean nor complicated.

Recently, I read a Harvard professor’s take of the obesity epidemic. He pointed out something that Rev. Sharpton figured out: one has to learn how to live with constant exposure to excess calories. In science we call it equilibrium. The answer to curbing obesity is not banishing McDonald’s, Papa John’s or Coke.  The answer is choosing wisely — for yourself. That’s what the reverend did. He decided. He nudged himself. This is what all people who succeed in achieving a balanced healthy life do.

The New England Journal of Medicine recently featured a perspective piece on training physicians to manage obesity. It was a good article that urged academic centers to better educate young doctors on the biology and psychology of obesity. That’s reasonable: I’m very open to improving my motivational skills. (Based on how often patients adhere to my advice, my nudges need improvement.) The underlying problem with this article, however, is its premise: doctors do not manage obesity. Patients do, like Al Sharpton did.

If you do not yet consider me insensitive, unsympathetic or naive; if you haven’t clicked away in disgust, I have a little more: What I found most remarkable about the Sharpton story is something he said about the perception of his health.

In this short video interview, Rev. Sharpton tells how his weight loss caused concern among his friends. They thought he was sick. The perception being that skinny people are sickly. (This happened to me in cardiology fellowship in the 1990s when I lost 40 pounds. More than one colleague worried I had AIDS.) Rev. Sharpton had a wonderful answer to these concerns: “They should have thought I was sick when I weighed 300 pounds; that’s when I was sick.”

I’ve written before about our distorted perception of what is a normal weight. Changing the default of what America sees as healthy should not be underestimated. It is neither normal nor healthy to be jiggly or sedentary. I saw three patients today with pre-hypertension. Each one could have been put on medicine. But each was overweight, and I am convinced that if they decided, they, not I, held the key to better health. You bet I told them that.

What are we thinking? As a nation, a strong and proud nation, it is imperative that we harden up a little. The case of Rev. Sharpton — his decision and his action plan — supports my thesis: Health comes not from health care, but from within. From simple verbs.

I hope the influential leader uses his influence to promote such an important and just public health message.

Metaphors for the pressure of our work in medicine

The memories of my first hospital job remain fresh