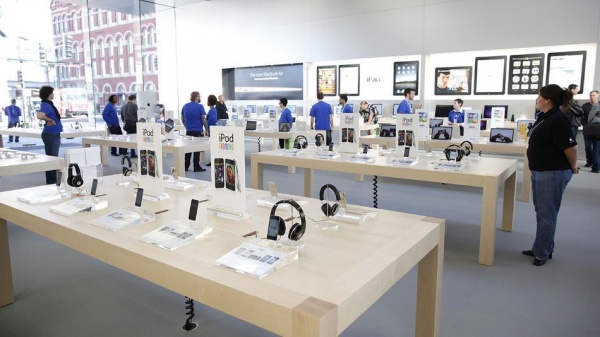 The Affordable Care Act is a hefty 2,000 page law that is extraordinarily complex. Actually, have you ever seen a 2,000 page anything that’s not complex? It should come as little surprise that just over half of U.S. adults struggle to explain any of the components of the law. The survey conducted by the American Institute of CPAs, also found 48 percent of younger adults, aged 18 to 34, have no knowledge of the law at all. Here in California, where I live, another survey showed that three-quarters adults under the age of 65 have heard “nothing or little” about the exchange.

If the surveys had been conducted in Connecticut the results might have looked considerably better. In a poll conducted by Access Health CT, the organization tasked with administrating the new health insurance exchange for the state, 70 percent were aware of the health reform law. It’s partly due to the fact that all summer long Access Health CT has strived to communicate the implications of the new law in plain English. The organization has taken out television and newspaper ads, promoted the exchange on social media like Twitter, Facebook, and YouTube, and had a presence at popular summer festivals and concerts.

“It’s a new law and we have an obligation to explain it,” Access Health CEO Kevin Counihan, told me in a recent conversation. “There are significant benefits to residents of Connecticut. A lot of things that have inhibited people from buying insurance or that have made it too expensive will go away on January 1st. People need to know about these benefits.” Above all, individuals need to know that starting January 1, 2014, nearly everyone in the U.S will be required to have health insurance or risk paying a penalty. States play a big role in implementing the law through “marketplaces” where individuals and small business owners can apply for coverage, compare policies, and enroll.

Make no mistake, Counihan and most other states that create the insurance exchanges have a serious communication hurdle to overcome. First, the law is polarizing. All I had to do at summer parties this year was to mention “Obamacare” and I’d have my own fireworks show. Second, it’s complex. Third, it’s simply not a sexy topic. “It’s not like buying an iPad,” says Counihan.

Counihan is right. It’s not like buying an iPad. Or is it? Apple Store employees are trained to hide the complexity of technology and to clearly explain the benefit behind the products. They’re also trained in communication to make sure shoppers understand their choices and walk out of the store having made the choice that best fits their needs. Counihan knows this, which is why Connecticut will be the first, and perhaps the only state, to open physical brick and mortar stores where anyone can walk in, learn about health insurance, and enroll in a plan.

The stores are directly inspired by the Apple Store model, right down to the “Genius Bar” in back of the store where employees — dressed in orange instead of blue shirts — will troubleshoot more complicated requests and issues. “You’ll see something similar to the Apple Store,” adds Counihan. “Instead of tables, we’ll have booths and computers where people can enroll. Signs will explain the law and the benefits of enrolling. We’ll have brokers and navigators who will greet you and offer to help you enroll.” The stores are expected to begin opening in the next three to four weeks, in time for open enrollment beginning October 1st.

The simple explanation that Access Health CT is striving to achieve extends to its website. Like the Apple site — clean, simple, and uncluttered — the Access Health CT site is much simpler to understand and to navigate than many other health insurance exchange sites. It even has a savings calculator and health care reform quiz to separate myth from facts, adding some entertainment value to a potentially dry topic.

Even the exchange’s television ads are simple and stick to one of my favorite communication techniques — the rule of three. In one ad, an announcer says the affordable care act brings three changes to health insurance: “You can’t be denied if you have a pre-existing condition, men and women will pay the same rates, and parents can keep their kids covered until they’re 26.” The ad ends with an Apple-esque enticement: “Change is here. See how you’ll benefit.” The Apple Store employees know that the majority of shoppers are less interested in how the computer works than they are in how the computer or device will benefit them. Focusing on benefits reduces complexity in a conversation.

“Everyone loves the Apple experience,” Counihan told me. “From the simple products, to the blue tee-shirts, the Genius Bar, the clean stores and customer- friendly approach. We asked ourselves, ‘why can’t we do the same thing?’”

After spending one year researching every nuance of the Apple retail model and speaking to former Apple Store executives, I’m convinced that Counihan has chosen an ideal model to emulate. The vision of the Apple Store was not to “sell stuff.” The vision was — and continues to be — to “enrich lives.” By doing so, it’s become the most profitable retailer in America and a model for many other brands in the U.S. and around the world including Disney retail, Microsoft retail, AT&T, and most recently, Samsung (it’s new “experience store” looks so much like an Apple Store, it prompted one headline that reads, “Samsung Opens New Apple Store In Australia”).

Above all, it’s the Apple philosophy that ultimately persuaded Counihan and his team to use the iconic retailer as a model. “Apple had a slogan — think different. I think that’s the spirit of the new health care law, too” says Counihan.

Carmine Gallo is the author of The Apple Experience and can be reached on Twitter @carminegallo.

Medical students may find themselves without a job 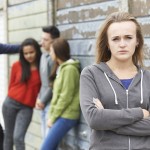 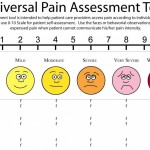 What the Apple Store can teach health exchanges
7 comments