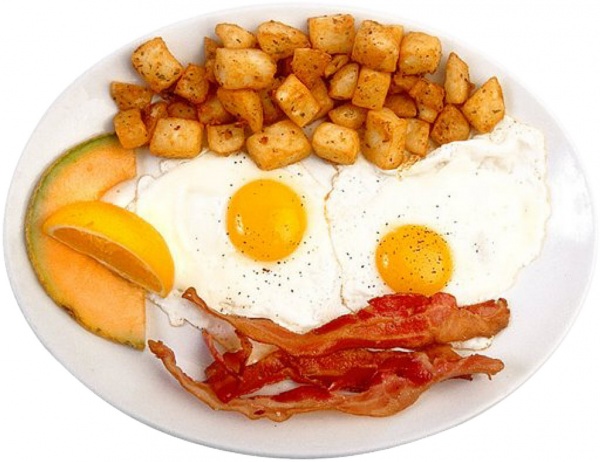 That breakfast is important is denoted by the name itself. At some point, we either break our fast, or just keep fasting — and eventually, starve. So for those of us disinclined to starve, fast breaking has to happen at some point. By convention, that’s breakfast.

Much else about breakfast, what we eat and when for instance, also tends to be a matter of convention. Then there are the many connotations of breakfast. Some are legitimate, some are urban legend, some are misguided dogma, and some are whatever that stuff is that masquerades as gospel, but isn’t. Let’s try to chew through all of that.

The rationale for such a repast right now is that breakfast has been unusually prominent in the medical literature and popular press alike of late. Engendered by a fast breaking sequence of studies, we’ve had a veritable all-you-can-eat-buffet of breakfast-related news, with the predictable case of cognitive indigestion resulting.

In May, for example, a paper was published in the journal Physiology and Behavior suggesting, of all the heresy, that skipping breakfast might actually help with weight loss. A group of Cornell students was assigned to eat breakfast, or skip it, and then simply eat as inclined over the remainder of the day. Those who skipped breakfast never fully made up for the omitted calories, and thus took in fewer calories by day’s end. Were this effect to last, it would imply a potential benefit of breakfast skipping in weight loss efforts.

But, of course, there is the time-honored convention that skipping breakfast is the last thing the weight-conscious want to do, and we’ve had recent research to reaffirm that claim as well. A paper based on the CARDIA study in young adults, published in Diabetes Care in June, found that habitual consumption of breakfast appeared to be protective against obesity, high blood pressure, metabolic syndrome, Type 2 diabetes, and bayonets. Well, not bayonets, actually — I made that one up to make sure you were paying attention; but all of the others are true.

Yet another study published this summer, in the American Journal of Clinical Nutrition, focused on overweight Latina and African-American girls, ages 8 to 17. Those who ate breakfast routinely, as compared to those who ate breakfast inconsistently, were more physically active and had a lower body fat percentage.

Probably the chewiest of all the recent reports was the publication in Circulation of a study showing an association between breakfast skipping and increased risk of coronary heart disease, resulting in predictably high profile media attention. This paper reported that men who skipped breakfast were significantly more likely to develop heart disease than those who did not, largely resulting from the expected risk factors along the way: obesity, high blood pressure, high cholesterol, and diabetes. A similar adverse association was found for eating late at night, which was seemingly linked to breakfast skipping.

And then, of course, before any of these recent provocations, we had the time-honored lore of breakfast. We all learned, most likely from our mothers, that breakfast-skipping was a threat to our hopes and dreams. Exactly how, why, or when breakfast became part of parenting lore, I doubt anyone can say for sure; I know I can’t. But the aura of importance about breakfast was certainly burnished over the years by studies showing better academic performance among kids who ate breakfast.

But that research was always far more limited than the urban legend has suggested (or our mothers admitted) and was limited in particular to hungry kids. The best, recent analysis of the topic, a systematic review published in Nutrition Research Reviews in 2009, basically concluded that we can’t conclude much. There was, unsurprisingly, an apparent benefit of breakfast consumption among kids who were prone to under-nutrition. But otherwise, clear evidence of effects is mostly lacking or muddled. We have little information about adolescents, little information about the benefits of breakfast in well-nourished kids, and little information about how variation in the composition of breakfast figures into the mix.

This, then, reasonably represents the current offerings of food for thought; there is more, but we don’t need it. When I chew on all of this in context, here’s what I’m willing to swallow:

1. Breakfast is a marker of attention to diet quality, and health, in general. How, in fact, could it be otherwise? Whether or not it was ever entirely true that breakfast is intrinsically important, we have all certainly heard that. Who pays attention to important information about health? Health-conscious people, of course. Who ignores such information? Less health-conscious people. So, perhaps all the breakfast brouhaha boils down to: People who are generally more health-conscious tend to be healthier. Not exactly an epiphany.

2. Breakfast eating may defend against the “see food” diet. Breakfast, as opposed to just eating whatever comes within reach throughout the day, tends to be a conscious choice. In fact, breakfast skipping is an issue in the first place because it tends to be the meal that requires the most conscious effort. Dinner comes when work is done; lunch often occupies a break in the workday. But breakfast comes at the expense of a little more sleep, or stands between us and a dash out the door. To the extent that conscious eating (breakfast) displaces less conscious eating (whatever that stuff is on your co-worker’s desk), the benefits may relate not just to what it puts into the diet — but also what it helps bump out.

3. Breakfast foods may be especially good foods. Clearly, this isn’t always the case. After all, America runs on Dunkin’ — so breakfast may at times be donuts. Certainly, at times it is Danish, or muffins, or toaster pastries. But some of the old standbys — eggs, oatmeal, whole grain cereals — are notably good foods.Eggs are a concentrated dose of satiating protein, along with many other nutrients. Oatmeal carries a reputation as “stick to your ribs” food for the lasting feeling of fullness it imparts, while also providing a generous dose of soluble fiber. Whole grain cereals similarly add fiber, an important and much under-consumed nutrient in the typical American diet. Those who miss out on fiber sources at breakfast may never make up that deficit over the rest of the day.

4. Skipping breakfast may come in shades of gray. For example, I am not hungry first thing in the morning — and I like to work out then. I tend to have a late breakfast, sometimes as late as noon. I suppose that might qualify me in some registries as a “breakfast skipper,” but I don’t see it that way. My standard breakfast — a mix of berries and other fruits, no-fat plain Greek yogurt, whole grain cereals — is definitely breakfast, even if I have it at lunchtime. I do, consequently skip lunch — since I have breakfast instead. This late breakfast, no lunch, snack on wholesome foods when hungry, have a lovely and nutritious dinner with my wife works beautifully for me. So I refute the dogma that inevitably creeps into discussions of breakfast. Skipping breakfast can mean many different things. It can mean the ill-fated attempt to control calories by going for long periods without eating, and then over-compensating late in the day. Or, it can mean eating wholesome foods whenever you first get hungry, and being conscious about food choices throughout the rest of the day as well.

5. It’s not just whether, but also why, and what. Research about breakfast tends to divide the world into those who skip, and those who don’t. But deferring and skipping are not the same. Skipping despite hunger, and deferring for want of it, are not the same. And clearly all breakfasts are not created equal.

My advice is to break your fast with wholesome foods — but do it when so inclined. You are not obligated to eat the minute your feet hit the floor to call it breakfast. I’ve tried that experiment on myself, and it wound up making me hungry at odd times throughout the day. Don’t lean too hard on breakfast, because it can’t support you on its own. Be conscious about the quantity and quality of everything you eat. Food, after all, is the fuel that runs your body; it’s the construction material for the growing body of your child. Choices still matter after 11 a.m. Get used to good ones, all day long, and derive the profound benefits of loving food that loves you back.

Don’t skip breakfast, but do skip the dogma, and renounce the false gospel. It is, after all, your fast to break — as you see fit.

How can doctors and patients regain trust in each other?

What Detroit's bankruptcy means for patients 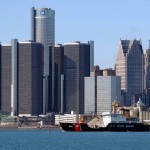 Skip breakfast at your own risk
2 comments