“Doc, if I have cancer, I don’t want to know. Stop bugging me about this colonoscopy.”

Mr. H said to me, his primary care physician, during our appointment. He folded his arms and nodded his head, indicating that his decision was final.

“Mr. H, as uncomfortable as colonoscopies seem, they can actually find lumps that might grow into cancer, and cut them out before they ever become cancer. That’s why I’m bugging you so much about this.”

I spent the next twenty minutes exploring his fears about the colonoscopy. His father had died from colon cancer. He was afraid of what the camera would find. I didn’t want to force him into it, but after the visit and a phone call the next week, Mr. H asked me to refer him for a colonoscopy.

One month later, his colonoscopy found three pre-cancerous polyps which the gastroenterologist performing the procedure was able to remove, potentially saving Mr. H’s life. For performing the procedure, explaining the results to Mr. H, and communicating those results to me, the specialist could bill for nearly four times what a primary care provider could bill for the visit during which the referral was made.

Seems reasonable, right? My role in convincing Mr. H to get the colonoscopy was difficult, but I don’t know the first thing about pushing a small camera into someone’s colon, while simultaneously operating a small set of tools to cut out any concerning lumps. Except that Mr. H has diabetes, high blood pressure, and high cholesterol. His blood pressure was not controlled on this visit (maybe he’s not taking his medication, maybe he needs more, maybe he’s anxious?), he is overdue for his diabetic foot exam, and the real reason he is here for today’s visit is because of his left shoulder pain that began last month.

One remarkable finding from the journalists’ investigation was that 78 physician specialists in Florida performed at least 24 hours worth of procedures on an average workday. An equally astounding statistic is that due to the RUC’s undervaluing of primary care, nearly all primary care physicians are expected to work greater than 24-hour work days in order to deliver care to their patients.

Panel sizes are large because primary care physicians need to see more patients each day in order to cover their bottom line and offer competitive salaries to recruit a larger primary care workforce. Not only does the RUC’s preferential treatment of specialists drive higher healthcare spending, it also pulls the rug out from under the foundation of our healthcare system, primary care. Other than providing preventive care and managing chronic diseases, the purpose of primary care is to offer the most cost-efficient means of accessing the health care system and building longitudinal relationships over time. Unfortunately, in part due to our current reimbursement system, primary care is not achieving the desired results.

For millions of Americans like Mr. H, who benefit from primary care, reforming the RUC matters. 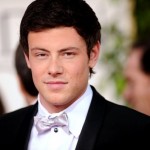